Inflation: Why Hasn’t Gold Gone Up? 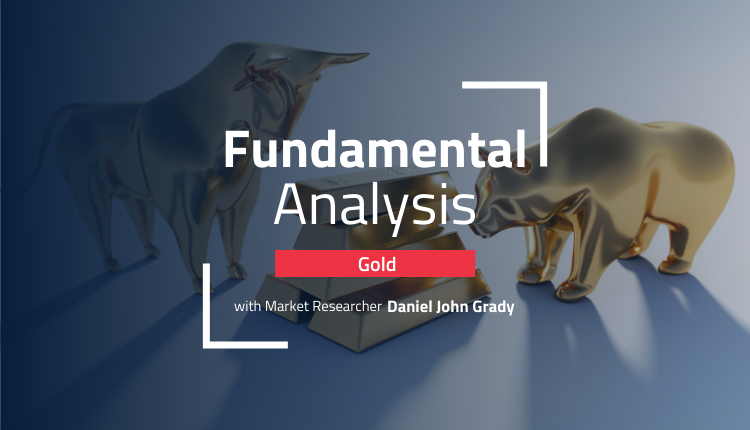 Some investors are puzzled as to why the price of gold hasn’t been increasing lately. In fact, it peaked last year, and since then it has been largely trading lower.

On the other hand, inflation went up during that period and continues to rise, particularly in the currency that the safe haven asset is priced in – the dollar. But isn’t gold a hedge against inflation? What’s going on?

There are some technical and fundamental complications to explain the movement, just like with most commodity price issues. And when it comes to gold, geopolitics is another factor as well.

Let’s break down the key elements to explain this move that’s strange enough to be a major story in the media over the weekend.

Gold prices started to rise way back in 2018, and continued that upwards trajectory, with a brief bit of volatility around the start of the pandemic, right up until the middle of last year.

Therefore, the trend in gold was established before covid. So, it’s perfectly reasonable to consider that it peaked for reasons that aren’t necessarily related to the pandemic.

Gold prices tend to rise when people expect inflation to go up. Once inflation is rising, then it’s already too late to buy gold as a hedge. That’s because at that point. money has already lost its value.

Sure, you can try to buy the precious metal now in the hopes of offsetting even more loss of value as inflation continues. But you can’t recover the loss from inflation after it has happened by buying gold.

Normally, once inflation starts to increase, central banks will step in to do something about it. In the case of a pandemic, central banks might delay when they step in, but the market still anticipates that they will eventually.

As a result, there is an expectation for inflation to decrease. That said, it’s no longer convenient to keep buying gold as a hedge against inflation since the price of gold has already risen.

Gold is a store of value, not necessarily a means to make money. This suggests that maintaining its price is sufficient, or increasing only along with inflation. Gold doesn’t have to increase in price beyond inflation to be a store of value. Gold prices are ~50% higher now than when the rally started. So there is still room for inflation to “catch up”.

Investors can be overwhelmed

Besides the usual dynamics of expectations around inflation, there is central bank policy. During an economic crisis, central banks want to inject as much liquidity as possible and will buy up assets. They don’t make a point of buying gold, but they will.

However, as central banks move towards tightening, and winding down their asset purchases, then they slow down their gold buying as well. Meanwhile, some governments might opt to sell gold to balance their accounts after spending during the economic crisis, and are now facing higher interest rates.

Does that mean gold can’t keep rising? It depends.

AMZN Stock Prices May Collapse To The Level Of 2871.52