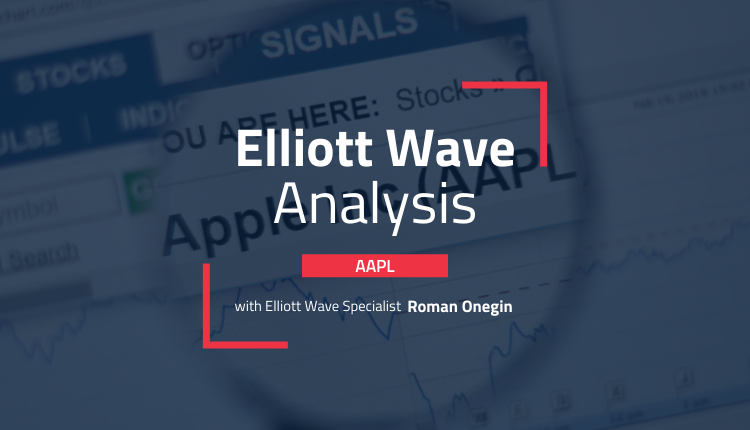 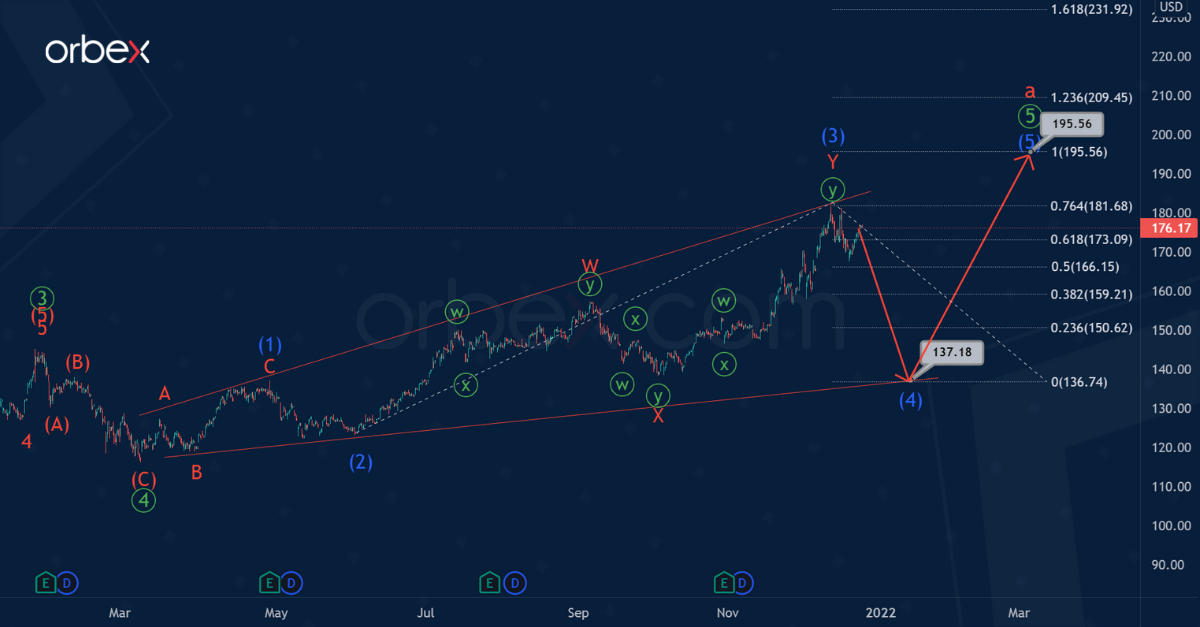 The current AAPL structure hints that a primary fifth wave is under construction. It can take the form of an ending diagonal (1)-(2)-(3)-(4)-(5) of the intermediate degree. Wave ⑤ is the final part in the cycle impulse a.

It is likely that at the moment we are at the end of the intermediate wave (3). This wave took the form of a minor double zigzag W-X-Y. Now we are in the initial part of the bearish correction wave (4).

There is a possibility that the price within the correction (4) will fall to the support level of 137.18.

After reaching the specified price mark, the market can push off and start moving in the opposite direction in the intermediate wave (5) towards the 195.56 level. There, intermediate waves (3) and (5) will be equal to each other. 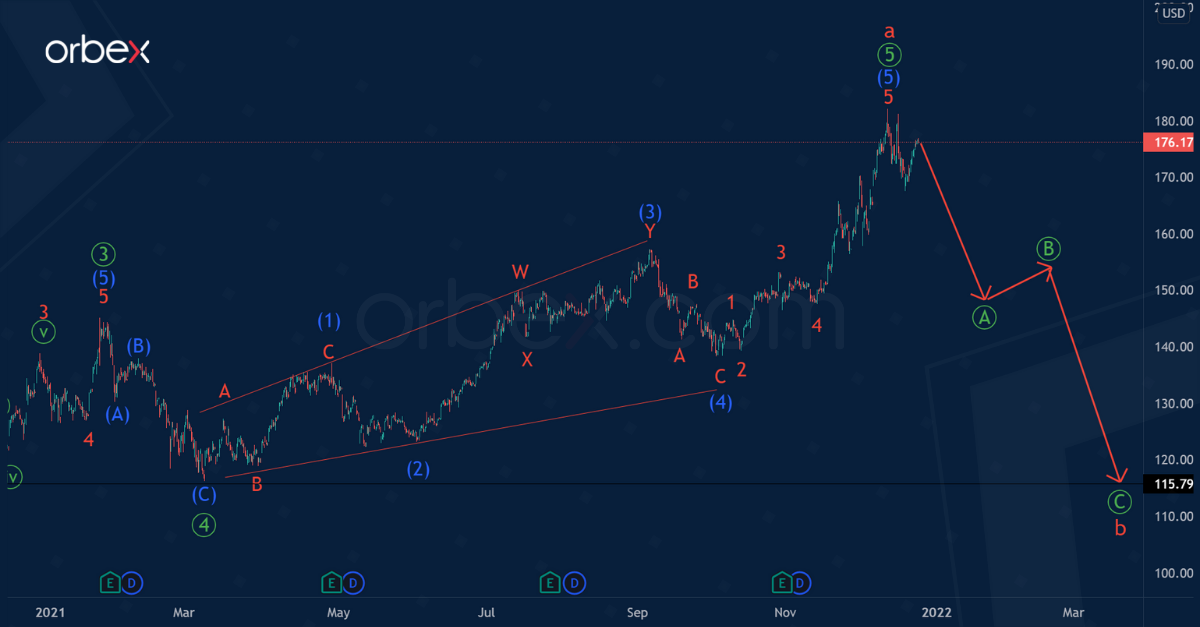 Alternatively, we can assume that the ending diagonal has fully completed its pattern. Thus, the cycle impulse wave a has also come to an end.

In this case, in the upcoming trading weeks, market participants will see a collapse in prices in a cycle correction b. This may take the form of a standard zigzag Ⓐ-Ⓑ-Ⓒ.

There is a high probability that the bears will be able to bring the market to the previous low of 115.79. At that level, the primary fourth correction was completed earlier.

The Key Issues of Russia-EU Gas for the Markets