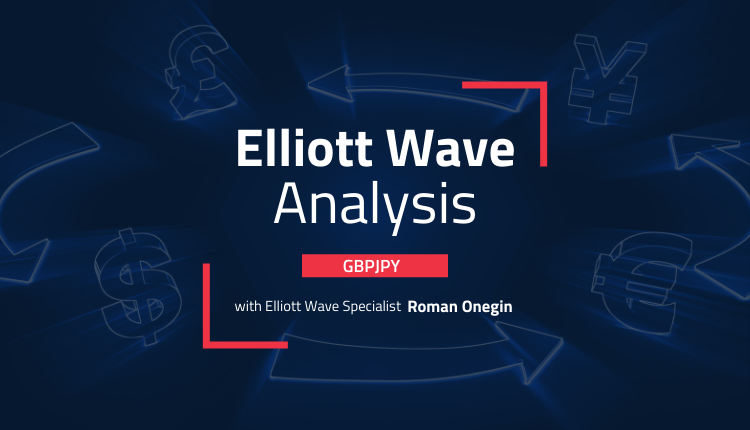 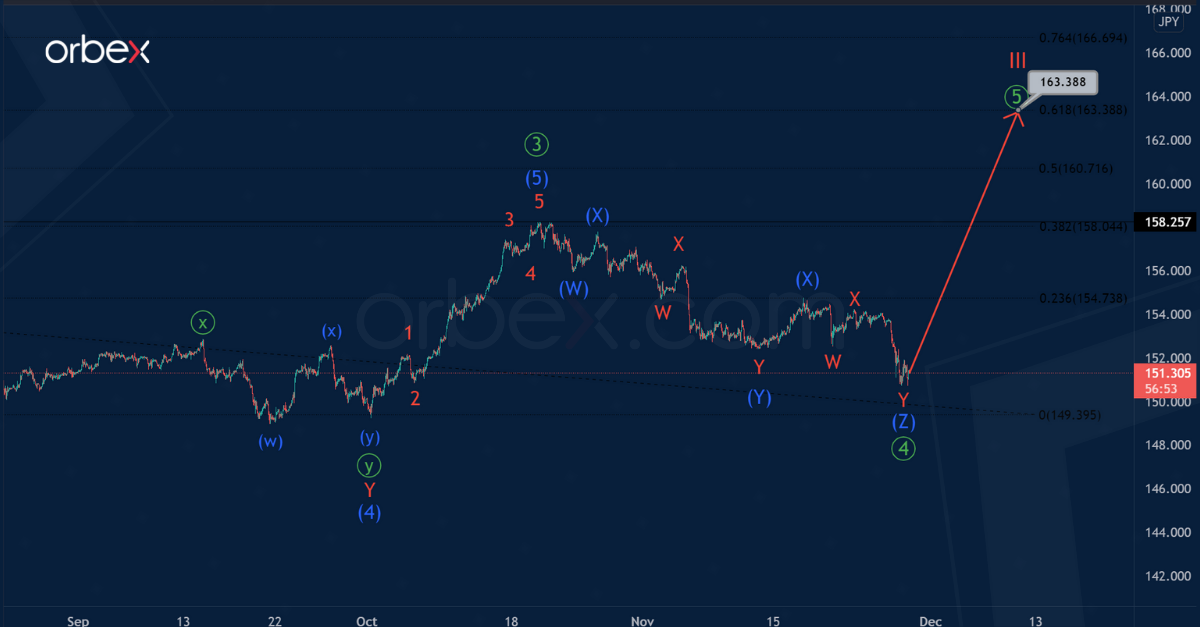 In the long run, GBPJPY seems to be forming a cycle impulse. Now the third part of this impulse, wave III, is under development.

Only the second half of the bullish impulse wave III is visible on the current chart. It seems that the price reduction within the bearish correction ④ of the primary degree has come to an end in its composition. This correction took the form of an intermediate triple zigzag.

If our assumption is right and the correction has ended, then in the near future the price is likely to rise in the primary wave ⑤. This can take the form of either an impulse or an ending diagonal. 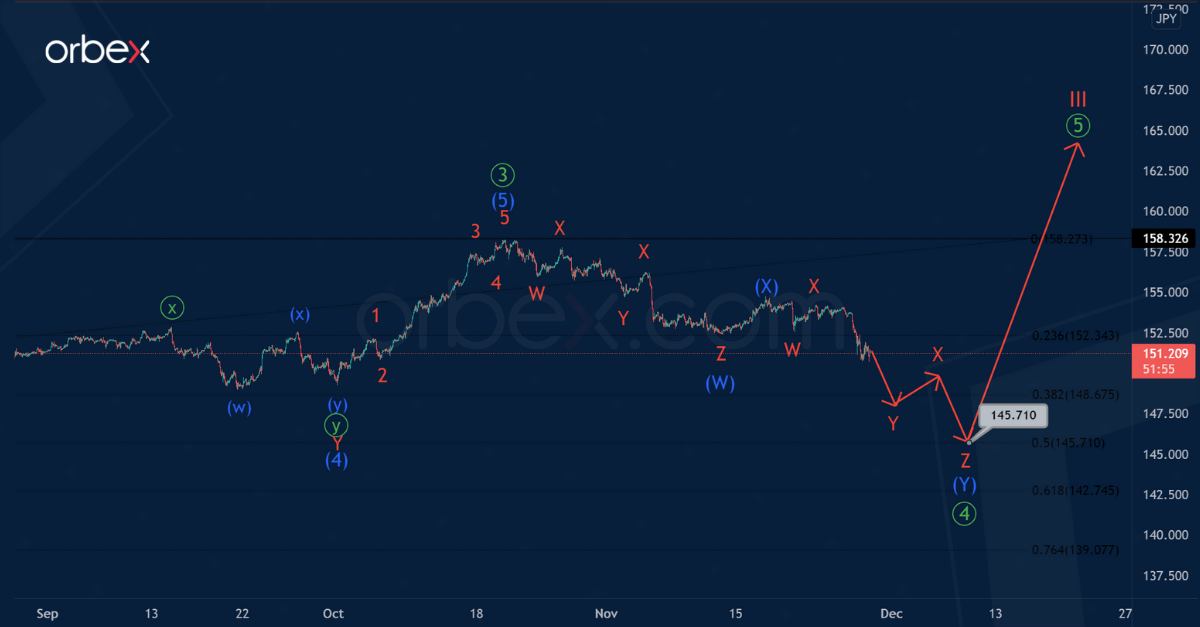 It is possible that the formation of the primary correction ④ can continue. In an alternative scenario, it may take the form of an intermediate double zigzag (W)-(X)-(Y).

If this scenario is confirmed, then we should expect a bearish price movement within the minor sub-waves Y-X-Z to the level of 145.71, where wave ④ will be at 50% of impulse ③.