Inflation Day: October Data from the EU, Canada, and the UK 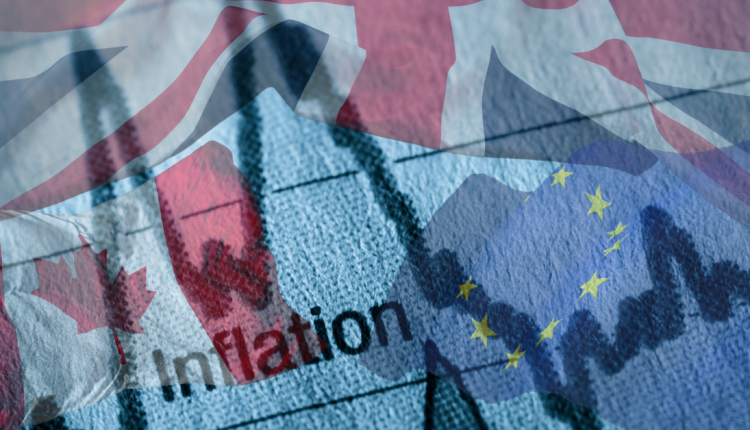 It’s no secret that higher inflation around the world is perhaps the single largest driver of fiscal policy and currency market moves.

But that’s not the case for all economies; meaning that there are disparate market reactions to the data releases. Tomorrow we have a series of inflation data, and they could all push the market in different directions.

Here’s what you need to know ahead of time.

The UK is not calm and carrying on

Where we could see the most market impact is around the release of the UK inflation data.

Analysts expect the next BOE meeting to be “live”. That said, there is a high chance they could raise rates, particularly, in response to inflation data. Just this morning we had the release of a mixed back of employment figures. In sum, these slightly increased the expectations of a rate hike at the next BOE meeting.

One potential indicator that could change the outlook is the release of PPI data. While inflation could increase, producer prices may decline slightly.

If businesses are finally getting some relief in the form of decelerating costs that they have to pay to acquire their materials, the BOE might once again hesitate to raise rates. In fact, it’s unusual for a central bank to hike in December.

UK yearly inflation is likely to be the star of the day. And the projection for the data is to accelerate to 3.9% from 3.1% recorded in September.

Stripping out the more volatile elements, we have an expectation for the core annual inflation rate to show a more modest acceleration to 3.1% from 2.9% previously. Most notably, both are well above the BOE’s target

On the PPI front, Core output could show an acceleration to 6.0% annually, from 5.9% in September. However, the key could be in the monthly output, which analysts expect to slow to 0.4% from 0.5%. It’s still high but could be an indication of a shift in the trend towards less inflation.

Eurozone to stay on course

The ECB, on the other hand, is not expected to make any changes to its policy in the near term. That said, it’s possible that the markets would shrug off inflation data unless there is a major surprise. Headline inflation is well above target, but core inflation is almost bang-in-line with the ECB’s objectives.

Analysts anticipate that the eurozone inflation rate will speed up to 4.1% from 3.4% previously, while the core rate might move up to 2.1% from 1.9%.

At their last meeting, the BOC ended their QE program as they acknowledged inflation was well above their targets.

In turn, that means it’s unlikely they will make a move at their next meeting on December 2nd. And the end of the QE program in November wouldn’t have had any impact on the October inflation data, anyway. Analysts are likely to be much more interested in the next data release.

Canada’s October annualized inflation could have moved up to 4.7% from 4.4% prior. Core inflation is also expected to have accelerated to 3.8% from 3.7% prior.