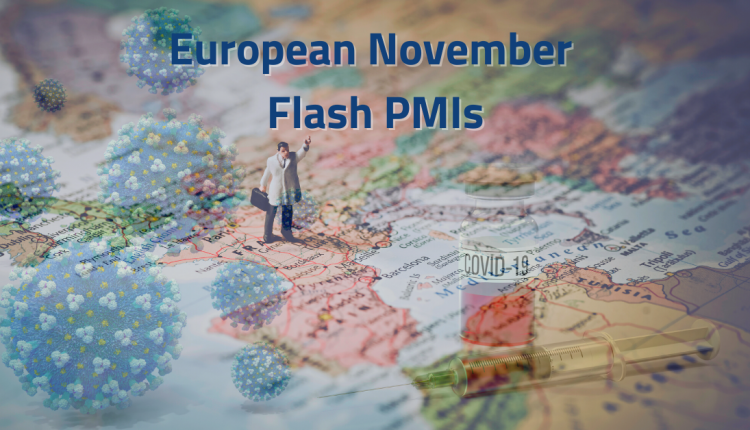 An important question for European asset traders is how much, if at all, the coming winter will be like the last one. The European services economy came to a screeching halt for nearly four months. This was because covid cases spiked across the continent in the wake of holidays, and the slow rollout of the vaccines.

Presumably, things should be quite different, given experience and the vaccines.

But there are differing perspectives from authorities, as each country has a different situation. The result of which could mean that investors look at the situation with increased uncertainty.

Covid cases have reached record highs in some European countries, even higher than in the depths of the pandemic last year. Nonetheless, the effect of vaccinations is obvious. Particularly as the percentage of cases that result in hospitalization and death are significantly lower.

But the sheer volume of cases (and the persistent ~30% of the population which hasn’t been vaccinated or is otherwise immune still) has started putting pressure on the health systems of various countries.

To illustrate the difference, on Thursday France announced that they saw no reason to reimpose lockdowns as the vaccination program was a success. Just one day later, Austria announced a full-on lockdown for everyone, including the vaccinated. Germany keeps recording record cases, doubling the peak from last year. And Italy barely has a fraction of what they had last winter.

Now we need to see if and how this will impact the economic outlook.

PMIs are one of the first indicators of where things might be going. That’s why we could see some extra volatility with tomorrow’s releases. It’s important to remember that these are preliminary numbers. And they are subject to revision at the start of next month.

Across the board, Markit Services and Manufacturing PMIs could show a modest decline, in line with the trends from the summer. The market has already priced in a slight drop of around a percentage point per data point. So, we wouldn’t expect a major shift in the market unless there was something unusual.

How the market could react to surprises

The focus will likely be on the French data, as that is usually predictive of how the other PMIs will turn out. A beat of over a point from expectations could be a break in the downward trend and give the markets some optimism.

A normalization of PMIs throughout this period isn’t necessarily a bad sign, so an upward move in the trend would likely have a bigger impact.

Where we could see a turn for the downside is if PMIs disappoint, particularly in the German data. German PMIs are the closest to 50, and falling below that level would be an indicator of contraction. Should any of the data points show contraction, it could hurt market sentiment and send European equities lower.