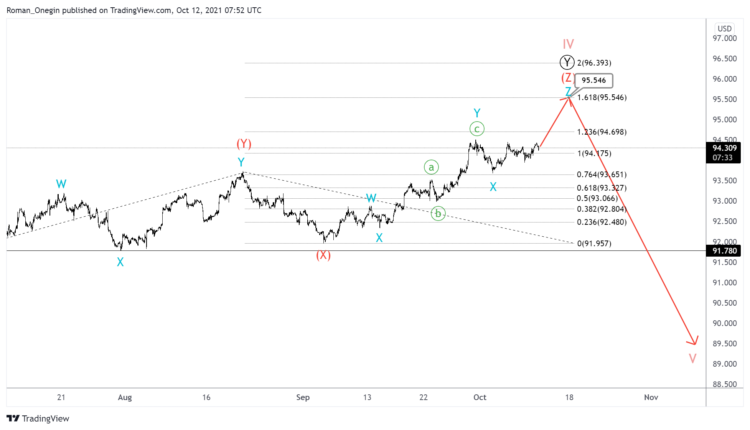 In the long term, the DXY is forming a bearish impulse consisting of five cycle sub-waves.

The chart shows the final part of the deep correction wave IV, which takes the form of a primary double zigzag Ⓦ-Ⓧ-Ⓨ.

The primary wave Ⓨ is currently under development, which is similar to the triple (W)-(X)-(Y)-(X)-(Z) zigzag. Most likely, the first four parts of this figure have ended, whilst the last sub-wave (Z) is still being built. 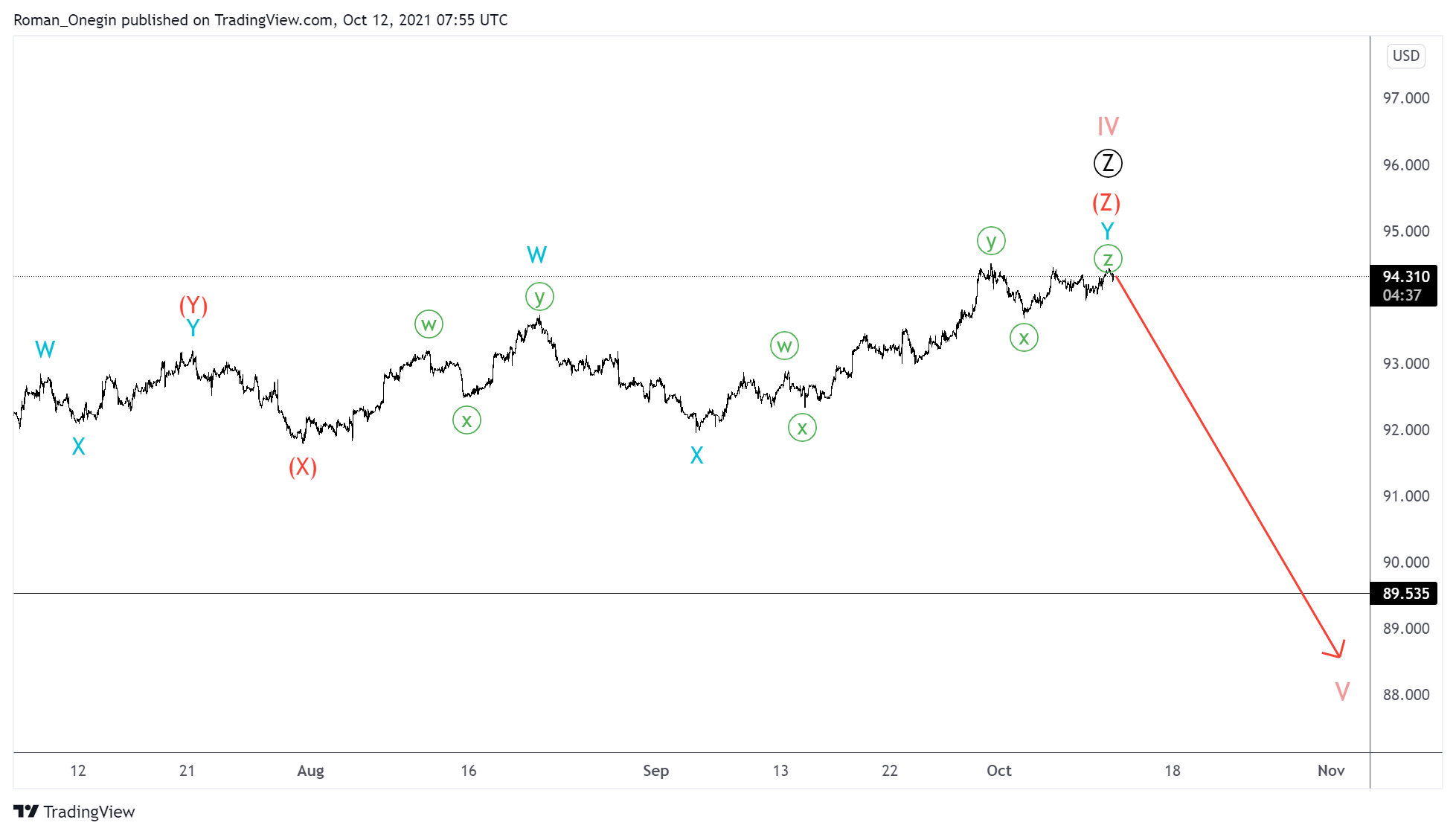 An alternative scenario suggests that the formation of correction wave IV has come to an end. It took the form of a primary triple zigzag Ⓦ-Ⓧ-Ⓨ-Ⓧ-Ⓩ.

If this option is confirmed, then a bearish price move will prevail in the market in the next coming trading weeks. A bearish cycle wave V could develop below the level of 89.53.