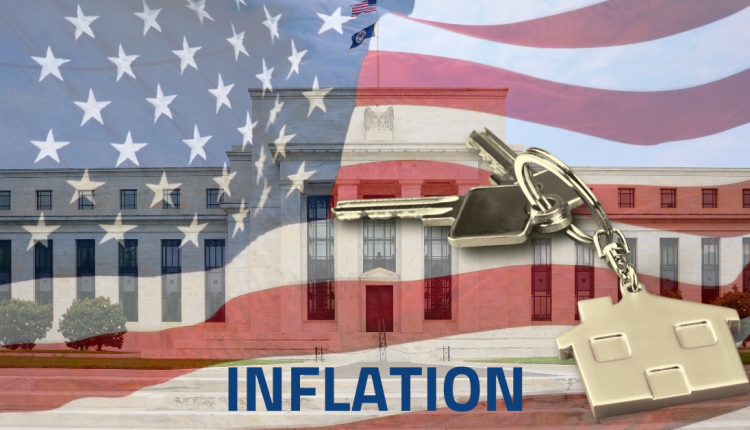 Yesterday, the US’ second-largest homebuilder, D.R. Horton, announced their quarterly results. These gave some interesting insights into the problems the housing sector is facing.

The current situation gives more reason to suspect the Fed will be hesitant to raise rates, despite inflationary pressures.

Considering the housing market caused the last recession, it’s natural for people to be concerned about it now. Especially if we consider that some of the underlying reasons for the housing crash of 2008 haven’t been fully resolved.

The Fed, for example, is still buying Mortgage Backed Securities to this day. The default rate on home loan payments has not returned to pre-2008 levels.

So how is this going to affect the economy?

When there is high inflation, people try to find alternative places to store value.

One of them is in construction since the logic that property prices only go up in the long term. Even in the aftermath of the sub-prime crisis, the drop in property prices was momentary. Average home prices are way above what they were, even at the height of the last bubble.

Speaking of which, D.R. Horton reported that home values in their inventory have gone up 13% over the last year. This is the same amount as reported by KB Homes earlier.

However, we have to remember, that the cost of homes is not considered as part of inflation. Typically house prices have risen at twice the official inflation rate.

Where we are going with the Fed

D.R. Horton’s CEO had some interesting observations about the state of the market.

The rising cost of lumber and the difficulty to find employees impacted the company’s ability to deliver. In fact, despite record orders, the company planned to slow down production over the next few months. Additionally, they haven’t had any problems in raising prices, passing on the increased costs to customers.

With the Fed keeping rates low, mortgage rates are also low, meaning people are able to take on larger loans to buy houses. That implies that housing prices could continue to rise at an accelerated rate. While not part of the calculation for inflation, the higher prices definitely impact American’s pocketbooks.

Housing, whether paying rent or dividends, is the largest expense for households. Rising prices and increased indebtedness in the medium term would likely impact consumer sentiment.

What about a bubble?

Following the rate cuts by the Fed, home sales in the US have skyrocketed to pre-sub-prime levels of between 750K to 1.0M new homes per month. On Monday, we will get the latest report, which is projected to show 800K new homes sold in June, compared to 769K in May.

For now, all actors appear to be confident that sales and prices will continue to increase. D.R. Horton has substantially increased their inventory in anticipation of double-digit volume growth during 2022.

But if the Fed raises rates an appreciable amount, on top of significant price increases for homes, there is a chance the market could suddenly dry up. That could put the housing inventory situation in a similar predicament as right before the 2008 crisis.