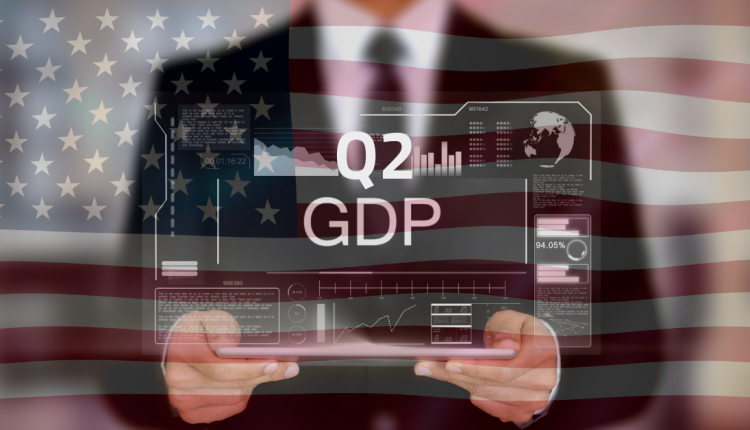 Tomorrow there is a host of key data coming out ahead of the US session, which could rile up the markets even as they still digest the FOMC meeting results.

The biggest data point of the month is likely to be the release of Q2 GDP data. There is a somewhat shaky consensus of expectations, which could lead to a stronger reaction in the market.

Of course, the GDP numbers are important to get a general sense of where the economy is going.

However, there are some unique circumstances surrounding this release that make it even more important for where FX markets could be going in the medium term. In fact, there are implications for Fed policy, inflation, bond yields, and potentially, for politics as well.

What to keep in mind

So far, monetary policy has been reacting to GDP coming in ahead of initial expectations for the year. The original thought was that the economy would grow faster in the second half than in the first.

This means that the policy model anticipates improving growth rates for the coming quarters. So even if we get just modest growth, it could still be disappointing.

The other factor is inflation. The Fed has vastly increased the monetary base, which could lead to inflation, as more dollars chase a smaller amount of goods.

But if the economy expands quickly, it could “grow into” the expanded monetary base. This would help the Fed’s “transitory” inflation scenario, assuming that they start tapering later in the year.

The worry and the prophecy

If the economy underperforms, however, then the “front-loading” of money might increase inflationary pressure.

This implies that the Fed would be in the awkward position of having to raise rates or take other measures that might slow down an underperforming economy. So, the reaction of the markets to worse than expected data could be stronger in anticipation of changes in monetary policy.

On the other hand, the government’s massive spending deficit contributes to the nominal GDP. So even if the underlying economy isn’t performing as well, the government’s programs should push the number higher.

Under that model, GDP growth, following significant government spending, could be something of a self-fulfilling prophecy.

Nonetheless, there are still political hurdles to get the next tranche of spending through.

The consensus of expectations is that the US economy grew at an annualized rate of 8.6% last quarter, speeding up from 6.4% registered in the first quarter.

That would be in line with the FOMC’s projection of an average growth rate of 7.05% for this year. Any growth above 8% would likely reassure investors that the Fed’s taper and ultimate rate rise would stay in line with current expectations.

On the other hand, the Atlanta Fed’s GDPNow tracker is forecasting Q2 GDP to come in at just 7.4%.

We can attribute most of this discrepancy to slowing home sales, as banks are reluctant to supply mortgages in the middle of a moratorium on foreclosures. The range of forecasts from surveyed economists runs from 7.0-11.0% annualized growth.

Nevertheless, we’ll have to wait for tomorrow’s release to see an obvious change in the markets.