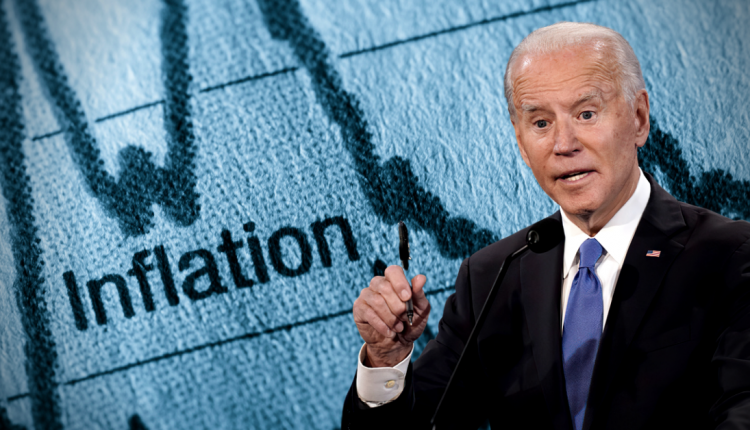 The Biden administration has or is planning to get approval for spending a total of $6.0T in additional spending this year. This is on top of the regular budget.

It also comes after around $9.7T of monetary expansion under the last year of the Trump administration, both in direct spending and Federal Reserve asset purchases (the Fed’s balance sheet has remained largely flat since mid-December).

For comparison, the US spent around $4.1T (in 2020 dollars) on military deployment during WWII (that is, buying aircraft carriers, but excluding the cost of building the shipyard).

Of course, the relative size of the economy has changed. In 1945, around 40% of the US GDP was tied up in the war effort.

Biden’s spending programs – which are expected to be implemented over the next ten years – amount to just under 30% of the US’ pre-pandemic GDP.

The figures on the ground

Traditional economics suggests that inflation would have to follow considering a massive package of spending. However, that doesn’t consider the functioning of the Federal Government.

Some of the spending has already gone out. The stimulus checks and the support for unemployment, for example.

But, the bulk consists of commitments that won’t kick in until several years from now. Additionally, an important percentage of that is being spent overseas, as the US relies on imports of many manufacturing and construction goods. This is despite both the current and former administration’s insistence on “buy American”.

The reality is that the amount of money in circulation (defined as M2) has increased by a little over 20% since the start of the pandemic. This is somewhat dramatic on its own (during the great financial crisis with until then the largest bailouts in history, it expanded by 13%).

A little under $5.0T has reached the economy so far. However, the trajectory remains on the upside, with the bulk still yet to be spent.

Where we could be going

This week we had some worrying data coming in about inflation.

On Wednesday, the headline CPI index jumped to 4.2%. However, this was just a continuation of an upward swing seen since the economy started reopening in January.

Excluding volatile elements like food and energy, it was up 3%, which is well above the Fed’s long-term target. It’s at the border of where the Fed said they would find acceptable for a short-term time.

Just like with the disappointing data in the jobs numbers for April, as Secretary Yellen said, it might be a fluke. But, more concerning for the long-term trend was yesterday’s PPI figures. These saw the price of goods leaving the factory increased by 6.2% annualized.

Even without the volatile elements, they still rose by 4.1%. Those products will be coming on the shelves, presumably, this month.

Trying to return to normal

Businesses could opt to take some of this price cost as a loss.

However, with compressed margins following the pandemic, this might be suicidal for many. And with consumers with cash from the stimulus, higher prices don’t appear to dissuade buyers.

The Fed and even the Biden Administration acknowledge the expectations for inflation to rise in the coming months. But they insist it will be transitory.

The next couple of months will be crucial to find out who’s right.