DXY: Has the Cycle Correction Ended? 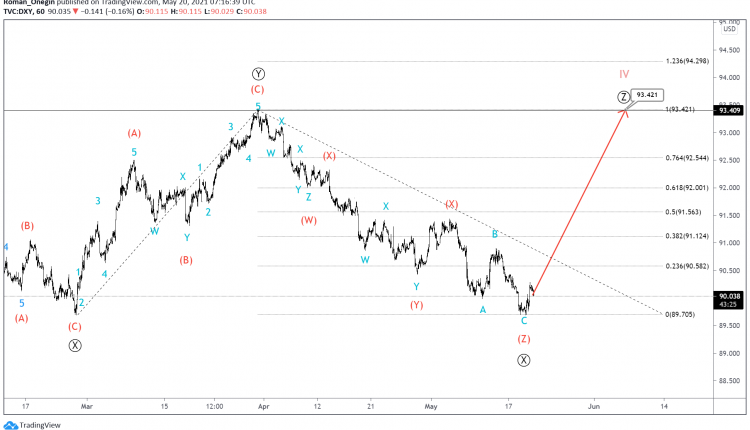 DXY seems to be forming a cycle correction IV. It is a primary triple zigzag and consists of sub-waves Ⓦ-Ⓧ-Ⓨ-Ⓧ-Ⓩ.

Since April, the market has been moving downwards as part of the second intervening wave Ⓧ, which has a complex triple zigzag formation. It looks like this pattern is fully complete.

Thus, in the short term, the price could start to rise. This would see the formation of a bullish wave Ⓩ of the primary degree.

The completion of the wave Ⓩ is possible near 93.42. At that level, it will be at 100% of wave Ⓨ, and also at the same level the primary wave Ⓨ was completed. 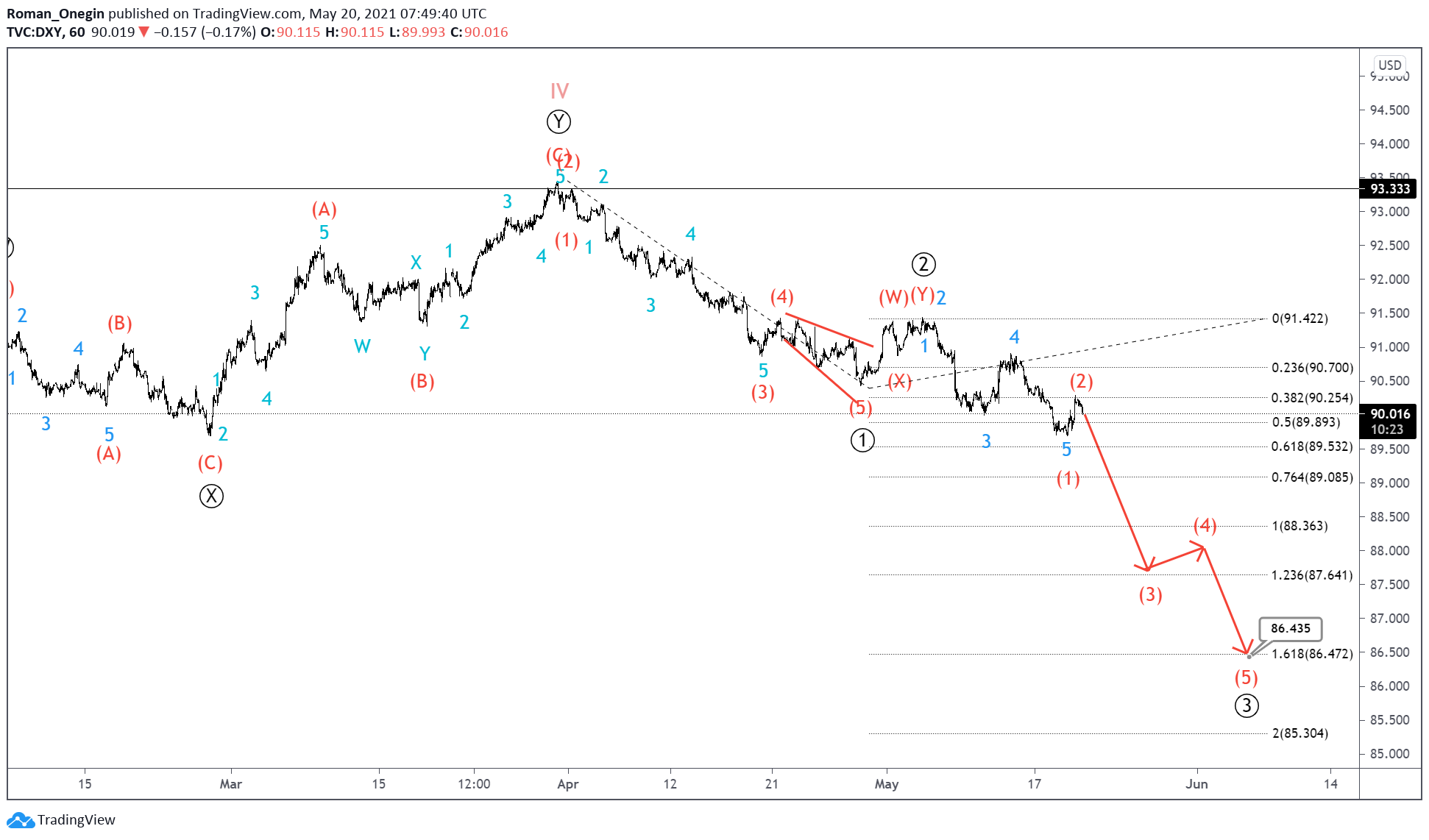 According to the alternative, the cycle correction IV could have completed earlier. This took the form of a primary double zigzag.

After its completion, we saw an impulsive decline and development of sub-waves ① and ② of the primary degree. At present, it seems that a primary wave ③ is under development, which can take the form of an intermediate impulse (1)-(2)-(3)-(4)-(5).

How Much Can Europe’s PMI’s Improve?