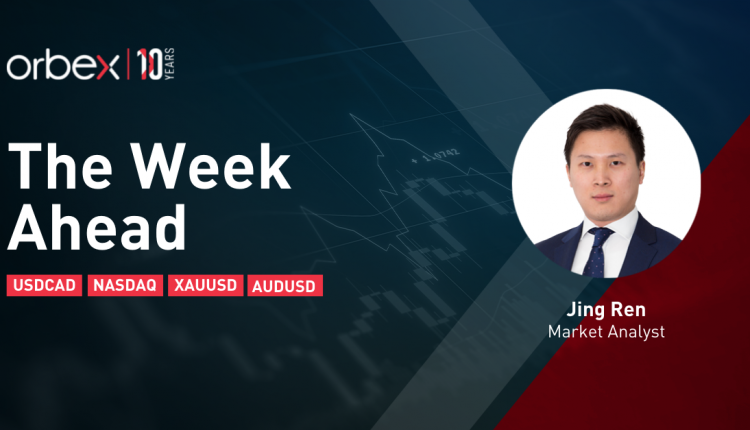 Tech stocks were among the hardest hit when investors feared the era of cheap money may end sooner than later, and along with it the breakneck rise of growth sectors.

However, the sell-off could turn out to be an over-reaction. One should remember that the Fed had shifted from an inflation-driven strategy to one with more emphasis on the job market.

Sluggish numbers from April’s nonfarm payrolls could be the counterargument for tapering. The NASDAQ is testing the demand zone above 12800.

12300 would be the next stop if buyers fail to hold. The peak at 14070 is the hurdle before the rally could resume.

XAUUSD rallies on low US yields

Gold edged higher after Treasury yields fell back. Markets’ general whipsaws have barely dented investors’ faith in bullions. This strongly suggests that recent volatility could be nothing but noises.

Even with inflation exceeding the 2% target, the Fed has said to not hike unless it stays above target for a long time. The low-interest environment would still benefit the non-yielding metal for the foreseeable future.

The price action has met some selling pressure at 1850. A bullish breakout could extend the recovery towards 1920.

1760 on the 20-day moving average is the closest support in case of a retracement.

The Canadian Dollar has been surprisingly resilient against the US dollar. While the Fed would be pleased to see a rebound in inflation, the current pricing suggests that markets still bet on the Bank of Canada to be the first to unwind the QE.

This is why traders would be more sensitive to Canada’s CPI this week. An upbeat reading could induce a much stronger response at the greenback’s expense.

Otherwise, the loonie may start to retreat from its near four-year high. The pair is testing September 2017’s low at 1.2060.

Sentiment would remain bearish unless the US dollar clears offers around the resistance at 1.2640.

The fear of earlier-than-expected tightening by the Federal Reserve spilled over the risk-sensitive Australian dollar.

While an eye-popping 3% CPI took the market by surprise, it says little about its sustainability. It is now data against the Fed’s words.

Despite officials’ repeated reassurance to keep the policy untouched, the market seems to have entered the ‘better safe than sorry’ mode.

The profit-taking pattern prompts traders to grab money while it is still on the plate.

The lower band of the consolidation (0.7580) is a critical level to maintain optimism. The psychological level of 0.8000 remains a major hurdle.