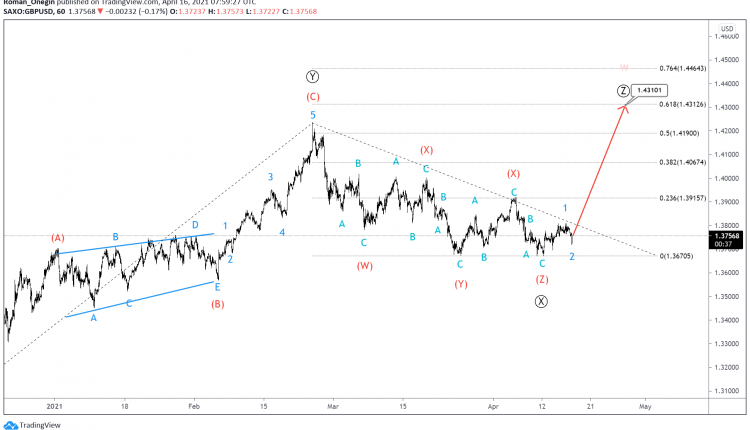 The GBPUSD currency pair seems to be forming a cycle trend in the long term. On the 1H timeframe, we see the final part of the first cycle wave w.

The wave w takes the form of a primary triple zigzag. The primary intervening wave Ⓧ, which has the structure of a triple combination, has recently ended.

The initial part of the impulse wave is currently under construction, which will form the beginning of the zigzag wave Ⓩ. 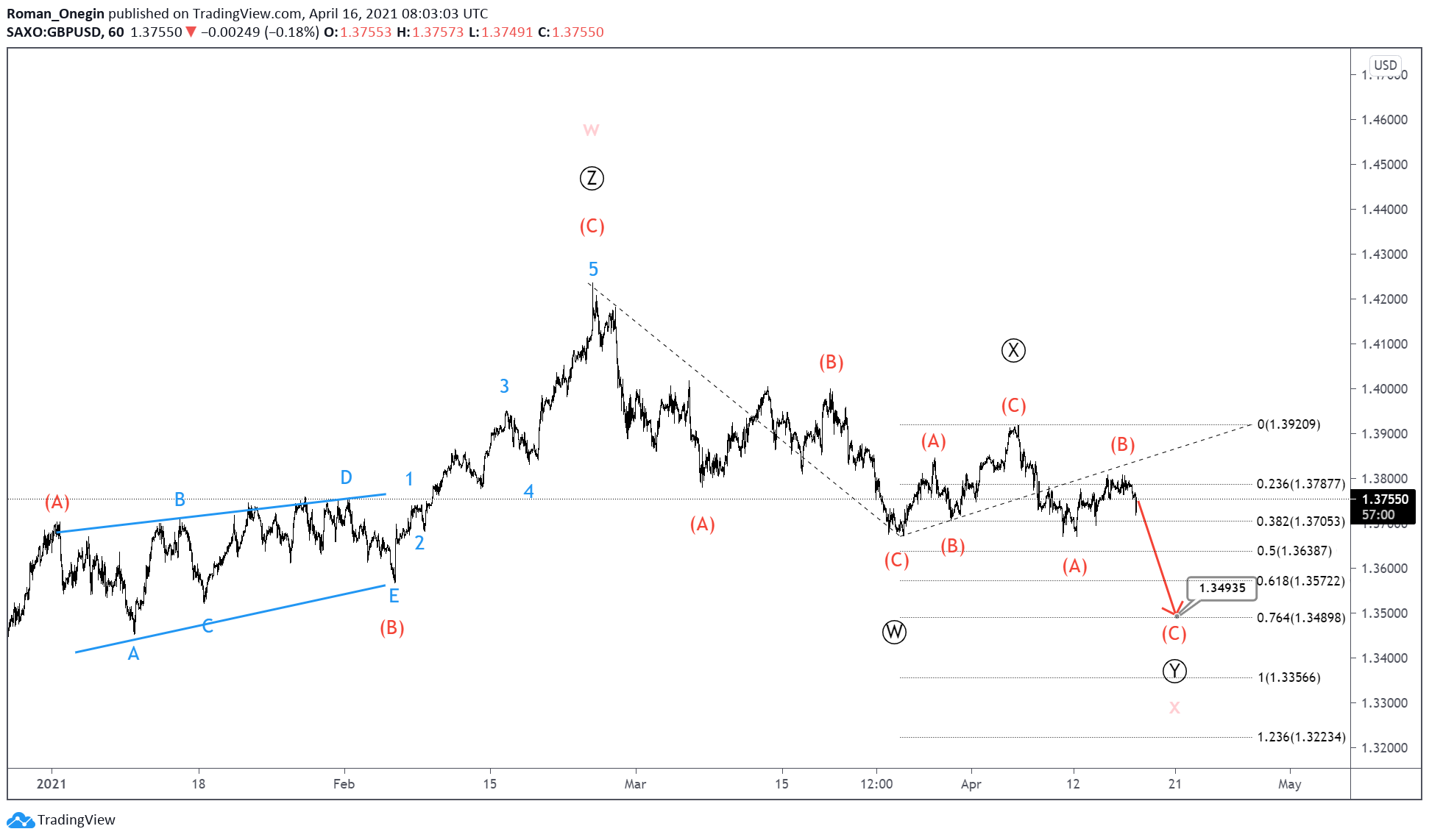 According to the alternative scenario, the cycle wave w is complete.

The wave x, judging by the internal structure, is a double zigzag of the primary degree.

In the short term, an impulse decline is possible in the intermediate wave (C), which will end the primary actionary wave Ⓨ near the 1.349 area. At the specified level, wave Ⓨ will be at 76.4% of wave Ⓦ.

What Halting JNJ & AstraZeneca Vaccines Really Means for the Markets