Can Gold Breakout from its Range? 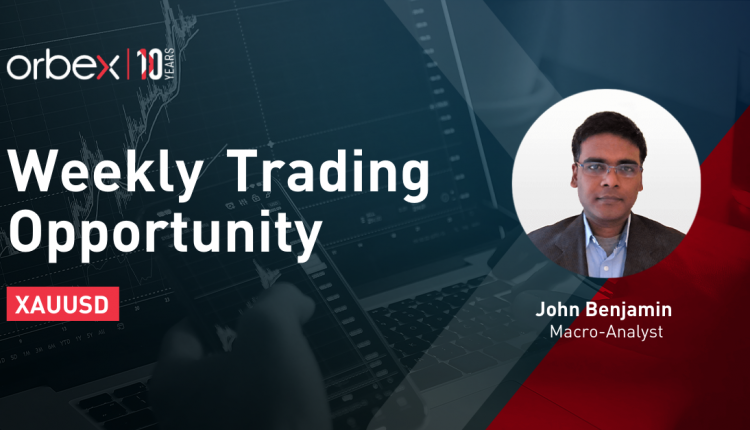 The precious metal has been trading within the confines of the 1760 and 1676 levels for over a month. Price action remains within the downtrend as seen from the larger declining price channel.

Within this price channel, we also have a minor downside channel from which price recently broke out. This would technically mark the onset of a correction to the decline. However, the precious metal is flat within the said levels.

Note that there is also a soft double bottom pattern as well as a double top pattern, validating the sideways range. For the moment, the bias remains mixed, as prices could very well break out in either direction.

On the upside, there is a resistance area between the 1777 and 1760 regions. A close above this level could see the precious metal rising toward the 38.1% Fibonacci retracement level. A reversal from this region could possibly mark a continuation to the downside.

Alternatively, we see that the recent double bottom pattern around the 1676 level coincides with a bullish divergence. Therefore, the future direction in the precious metal depends on whether or not it can break out above the 1777 and 1760 regions of resistance.

Failure to do so could keep the precious metal confined to the current range. We also see the hidden bearish divergence within the current levels. This puts the resistance area near the 38.1% retracement from the 1959 highs from January this year to the recent drop to 1676 on 8th March.

This potentially leads us to conclude that the precious metal is likely to mark a reversal near the resistance zone.

On the fundamental side, the economic calendar is somewhat quiet. On Monday, Fed Chairman kicks off the week with a telecast of his interview. For the majority of the week, data from the US will dominate the headlines.

Later in the week, we have a few other Fed members speaking including the monthly CPI data. Inflation is forecast to rise a bit faster compared to the increase in February.

China’s GDP numbers are also due which could impact the price action in the precious metal. US retail sales are likely to cement expectations that the US economy is well on its path to a solid recovery.