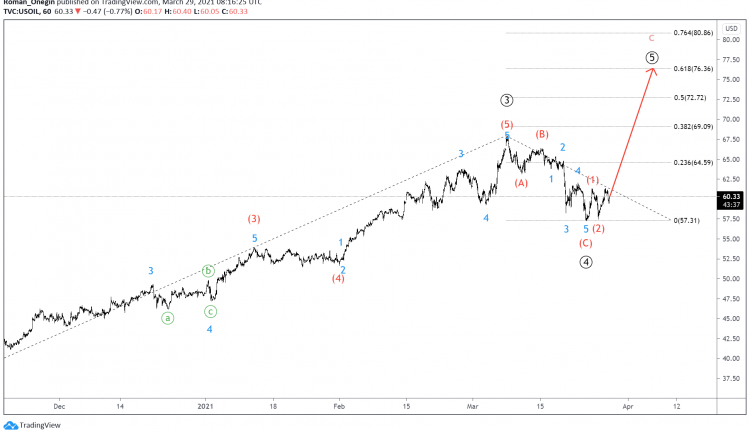 The formation of oil shows a bullish cycle wave c, taking the form of a primary impulse ①-②-③-④-⑤.

After the completion of impulse wave ③, prices declined as part of the primary zigzag correction wave ④.

Thus, the bullish impulse wave ⑤ is currently under construction. So far, we see only the first two intermediate waves (1)-(2).

In the near future, the price could rise in the remaining three parts of the wave ⑤ near 76.36. At that level, wave ⑤ will be at 61.8% of impulse ③. 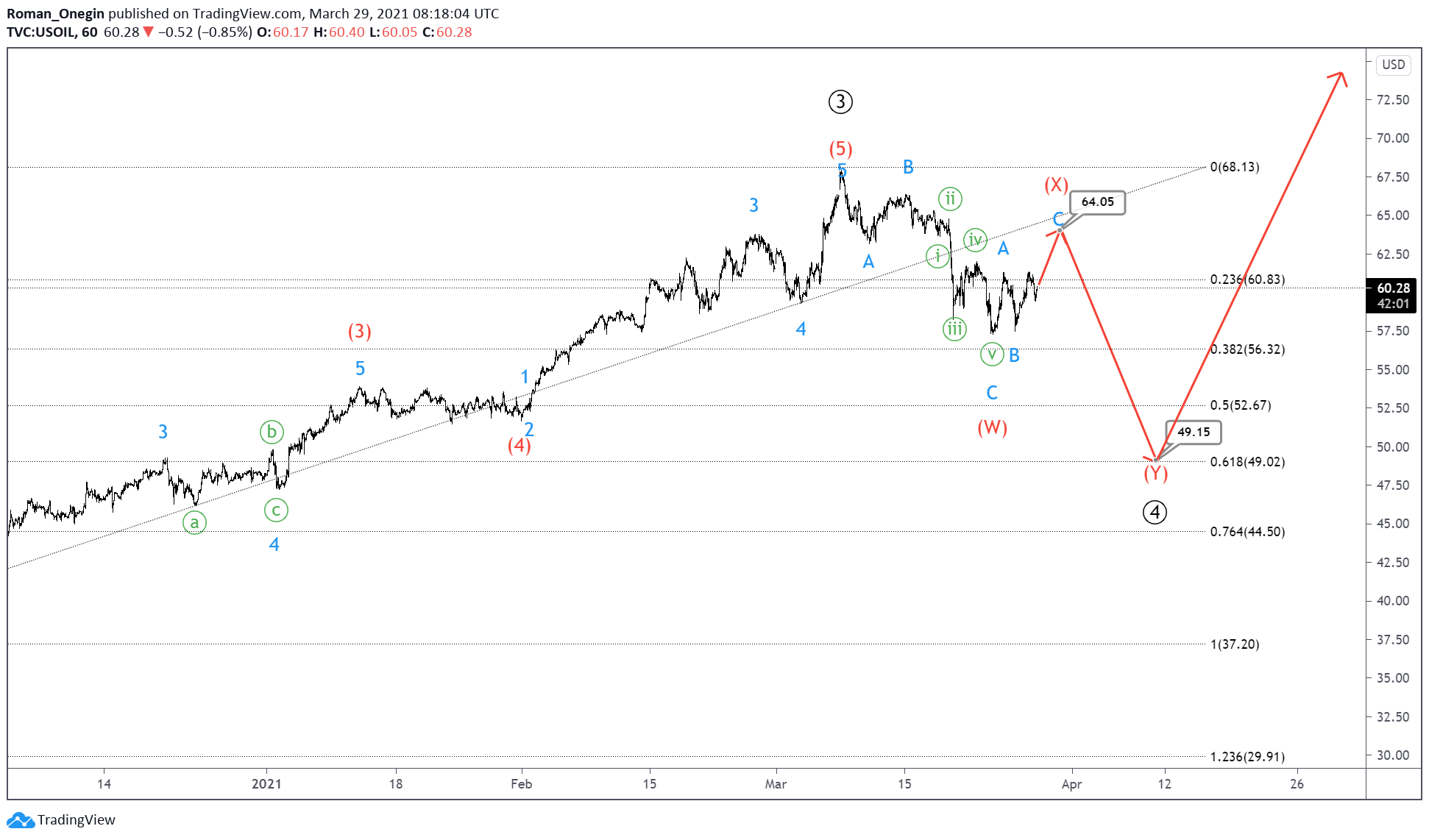 An alternative scenario shows that the formation of the primary correction ④ has just begun. It is expected to be larger and longer than in the first version.

If this hypothesis is correct, it will most likely take the form of a double zigzag (W)-(X)-(Y). The intermediate wave (W) appears to be fully equipped with the minor sub-waves A-B-C.