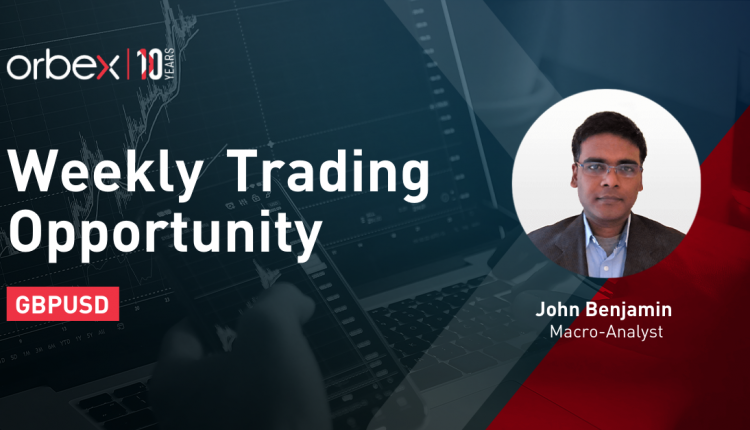 The British pound is clearly in a downtrend, following the close below the March 2nd 2021 lows of 1.3859. Initially, price action drifted higher than the 1.3859 level. But after two failed attempts to post any new higher highs, price action broke past this level.

Price has since then fallen to a two-month low as of last week before cable managed to recover some of these losses. Currently, the British pound is testing the previous support level near 1.3778.

Given the fact that this level had previously held up as support, we expect resistance to form.

In such an event, the GBPUSD could be reversing the current correction. Even in the case that GBPUSD closes above 1.3778, we see the resistance area up to 1.38477 level. Only a clear close above this level will shift the bias to the upside.

Therefore, given the above setup, we expect GBPUSD to give back the recent gains. To the downside, the target is at the 1.3500 level. This can be confirmed if the GBPUSD can break below last Thursday’s low of 1.3670.

A move toward the 1.3500 level will mark a healthy correction to the previous uptrend that has engulfed GBPUSD over the past few months.

On the economic front, the week ahead is expected to be short with the UK markets closed on Friday. Economic data during the shortened week will include the fourth quarter GDP numbers.

Forecasts show a 7.8% decline annually, while on a quarterly basis, the UK GDP is tipped to fall 1.0% compared to the previous three-month period.

Later in the week, data from the US will also be closely watched. Despite Friday being a holiday, the US will be releasing the monthly payrolls report with the unemployment rate set to fall to 6% from 6.2%.

Meanwhile, the nonfarm payrolls forecasts show an increase to 655k compared to 379k prior.