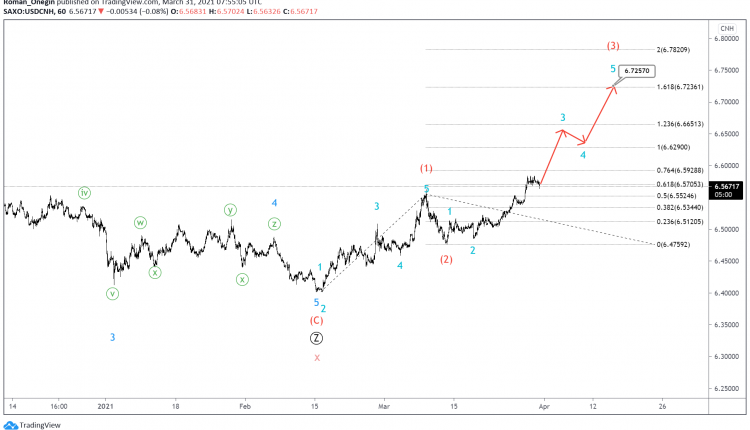 The USDCNH formation hints at the completion of the cycle intervening wave x, which took the form of a triple zigzag.

Immediately after the end of wave x, the initial part of the new bullish trend began. Currently, the formation of intermediate sub-waves (1) and (2) have ended, as well as half of the bullish impulse wave (3). 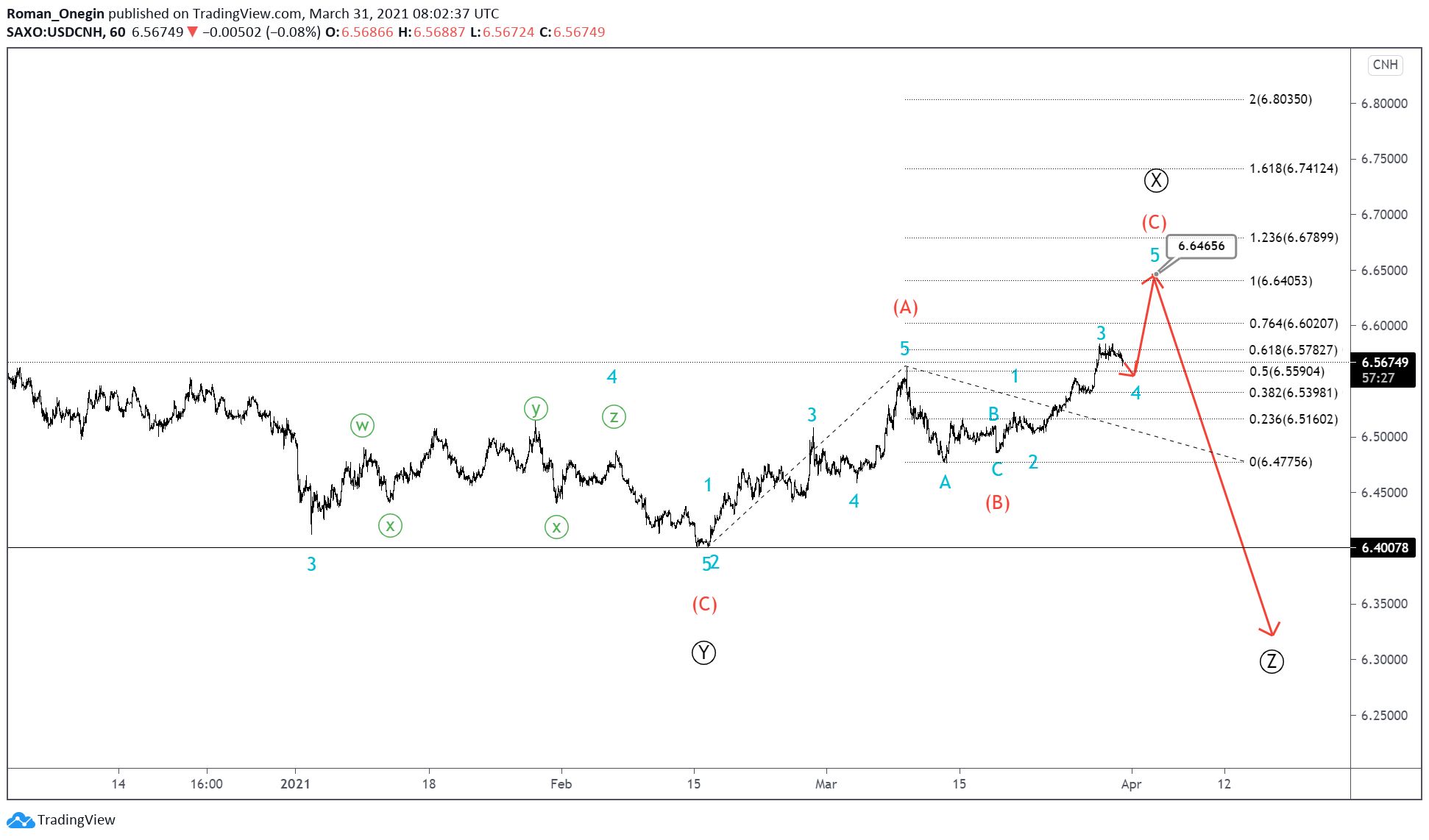 An alternative scenario shows the continuation of the development of the cycle wave x.

We are currently in the primary intervening wave Ⓧ. It is an intermediate (A)-(B)-(C) zigzag that is close to the end. Most likely, we will see the end of this zigzag near 6.646. At that level, sub-waves (A) and (C) will be equal.

What to Look Out For in March European PMIs