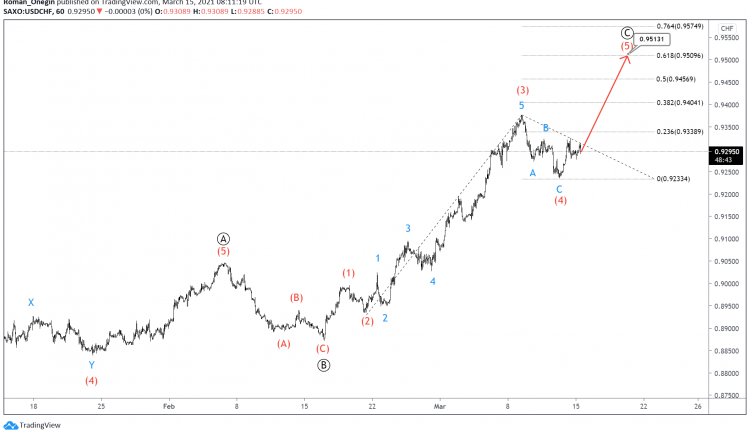 The current formation of USDCHF hints at a bullish standard zigzag Ⓐ-Ⓑ-Ⓒ of the primary degree.

The market completed the primary impulse wave Ⓐ, followed by a bearish correction Ⓑ, which resembles a zigzag. From the second half of February 2021 price has been structuring bullish impulse in wave Ⓒ of the intermediate degree (1)-(2)-(3)-(4)-(5). 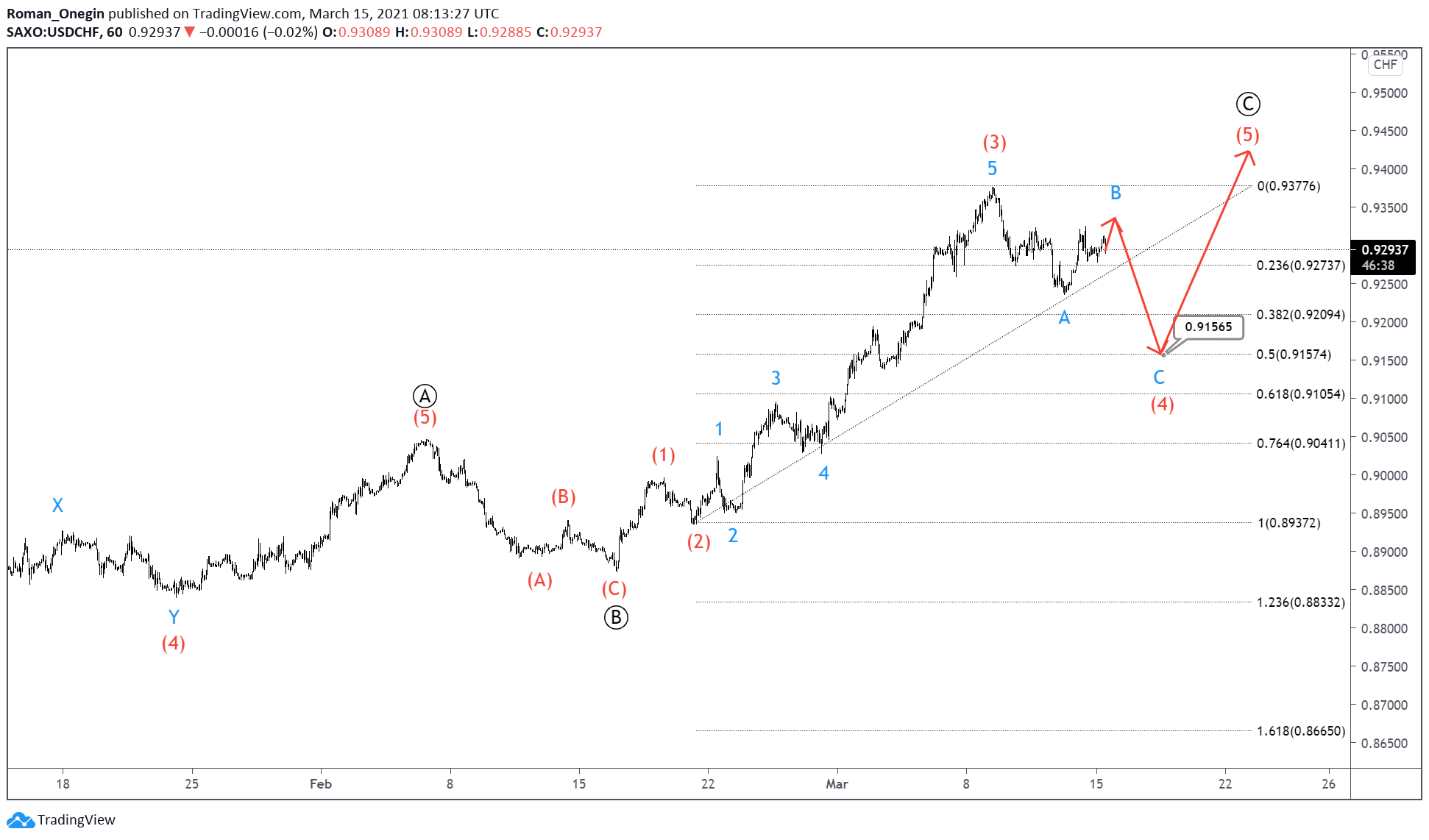 An alternative scenario shows an unfinished intermediate wave (4). The formation resembles a zigzag, but larger than in the basic version.

At the moment, the minor impulse wave A is complete, and the bullish correction B is half-built.

In the future, we can expect a slight increase in the price until the end of wave B, then an impulse decline of the minor wave C near the 0.915 area. At that level, intermediate wave (4) will be at 50% of impulse (3).

Test your strategy on how the CHF will fare with Orbex - Open Your Account Now.
analysis_enElliott WaveUSDCHF
0 306
Share FacebookTwitterGoogle+LinkedinPinterestTelegramWhatsAppEmailPrint

What You Need to Know Before the German ZEW Survey