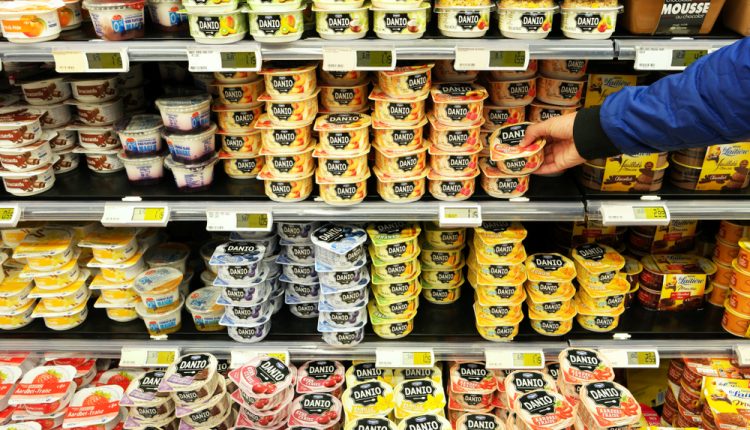 Shares in Danone surged higher at the end of last week as investors and the broader market responded to news that the CEO, Emmanuel Faber, finally conceded to pressure and vacated his position as chairman and CEO.

The move comes in response to months of pressure from stakeholders who demanded a shake-up of the firm’s structure given the poor performance of late which was deemed to be due in part to Faber’s dual position in the company.

Danone shares gapped open by 5% on Friday before reversing lower over the session. However, shares are still sitting above the 59.78 level. This is ahead of the market open on Monday suggesting a continuation higher in the near term.

Activist shareholders had been unimpressed with the group’s slowing yogurt sales and the drawdown in bottled water sales over the course of the pandemic. They had called for Faber’s replacement since before the start of the year.

While Faber was initially adamant that he would not leave the positions he held, his view was understood to have changed recently.

However, the move came as something of a surprise given that Faber had previously only agreed to split the roles, not to vacate both. Faber was understood to be focusing on his chairman role, with a new CEO to be named.

However, in light of the move, Vice Chairman Gilles Schnepp has now been promoted to chairman while International CEO Veronique Penchienati-Bosetta and North America boss Shane Grant have agreed to jointly lead the business while the search for a permanent CEO is undertaken.  Danone has appointed an international search agency.

Schnepp said he was “honored” when commenting on his new position. He further added:

“The priority of the board is now to transition towards improved governance. This means accelerating the process to recruit a new CEO, while Véronique and Shane continue to lead the business during this period. I look forward to working with the board to support them in their interim roles, and the wider management team as they accelerate our efforts to create value for all our stakeholders.” 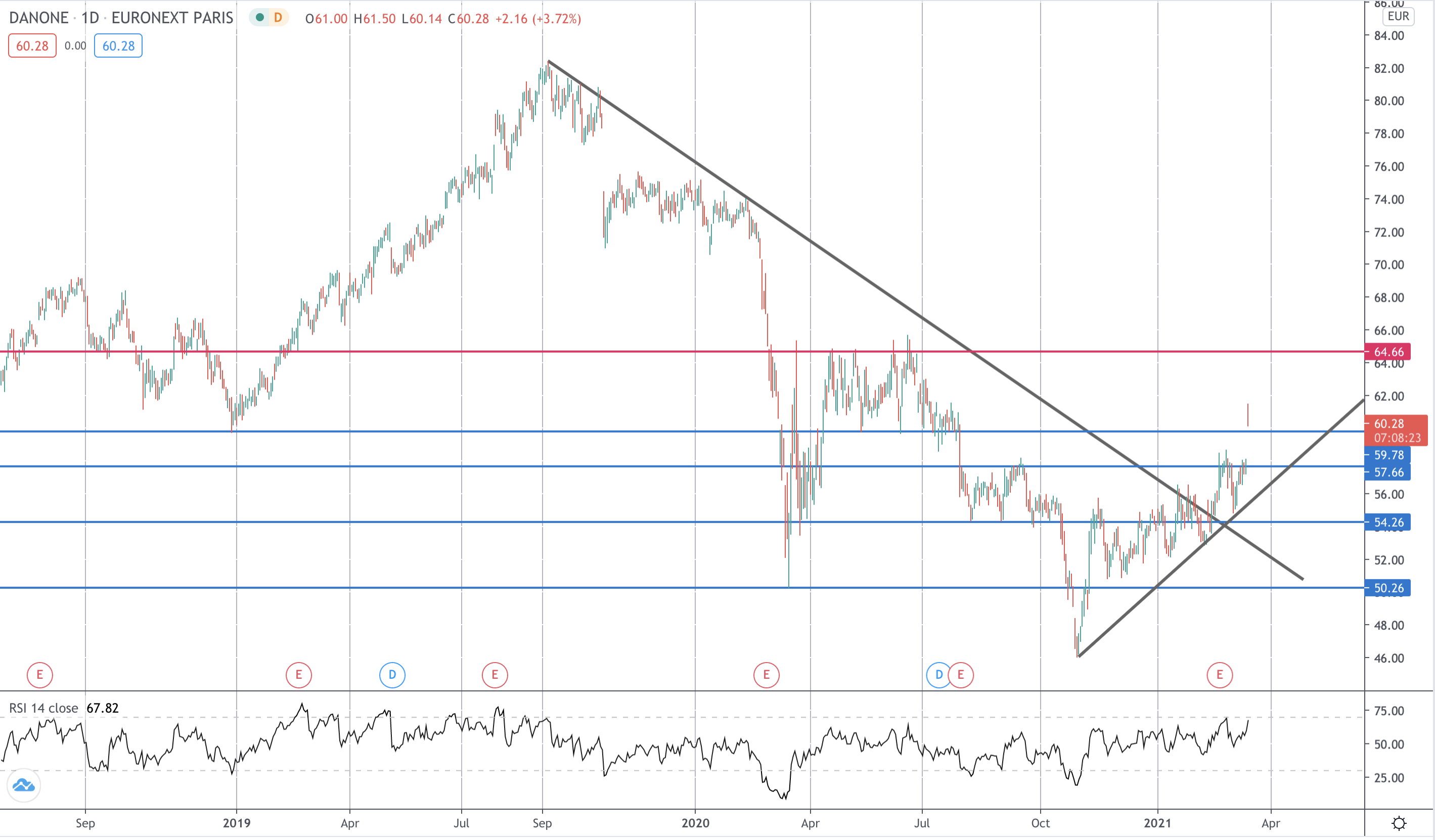 While above the trend line, the focus is on a continued push higher. The 64.66 level the next big resistance to watch. Below 57.66 the next key support is at 54.26.