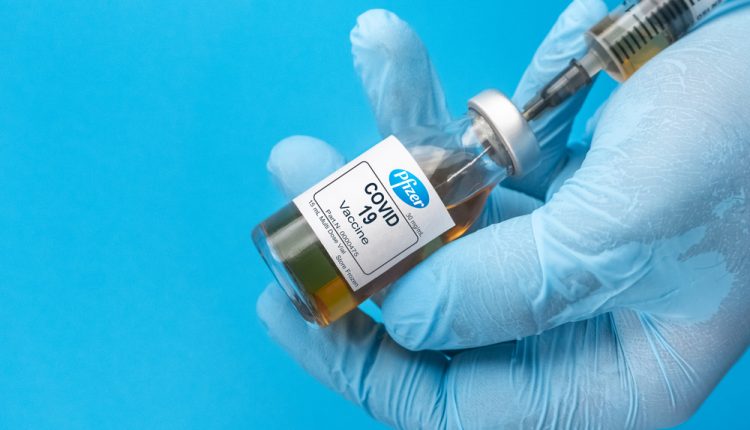 Shares in Drugmaker Pfizer are trading a little lower ahead of the market open at the start of the week.

Despite the sales, Pfizer shares have been higher over recent weeks. Price rallied up off the 2021 lows of around 33 though prices remain some way off the 2021 highs (mid 37s) and down firmly from the 2020 highs above the 42 level.

Pfizer Down From 2020 Highs

Pfizer shares suffered a sharp sell-off from 2020 highs as other COVID vaccines entered the market across December 2020 and over Q1 so far with the company losing its competitive advantage.

Countries Turning Away From AX-Oxford Jab

Over recent weeks, however, Pfizer has been gaining market share again as an increasing number of EU countries have turned against the UK’s AZ-Oxford jab over safety concerns relating to blood clots.

With these countries preferring to use the Pfizer-BioNTech jab, demand for the company’s vaccine has increased again. This is reflected in higher stock prices.

This week, however, Pfizer has warned the EU not to block shipments of the AZ-Oxford jab from entering the EU. This is over fears that the UK could retaliate by blocking shipments of key ingredients to the EU which Pfizer use in the manufacturing process of its jab.

Pfizer is reportedly heavily reliant on supplies of lipids from the UK. If these exports were retained, Pfizer’s production line would be heavily impaired.

There have been some other big news this week for Pfizer with the company’s co-founder Ozlem Tureci telling reporters that within years, the technology used to create the COVID vaccine could be used to create similar jabs for cancer patients.

Such a move would be an extraordinary breakthrough in the fight against cancer. It is certainly something that investors will be keeping a close eye on moving forward.

Pfizer Breaks Back Above 35.50 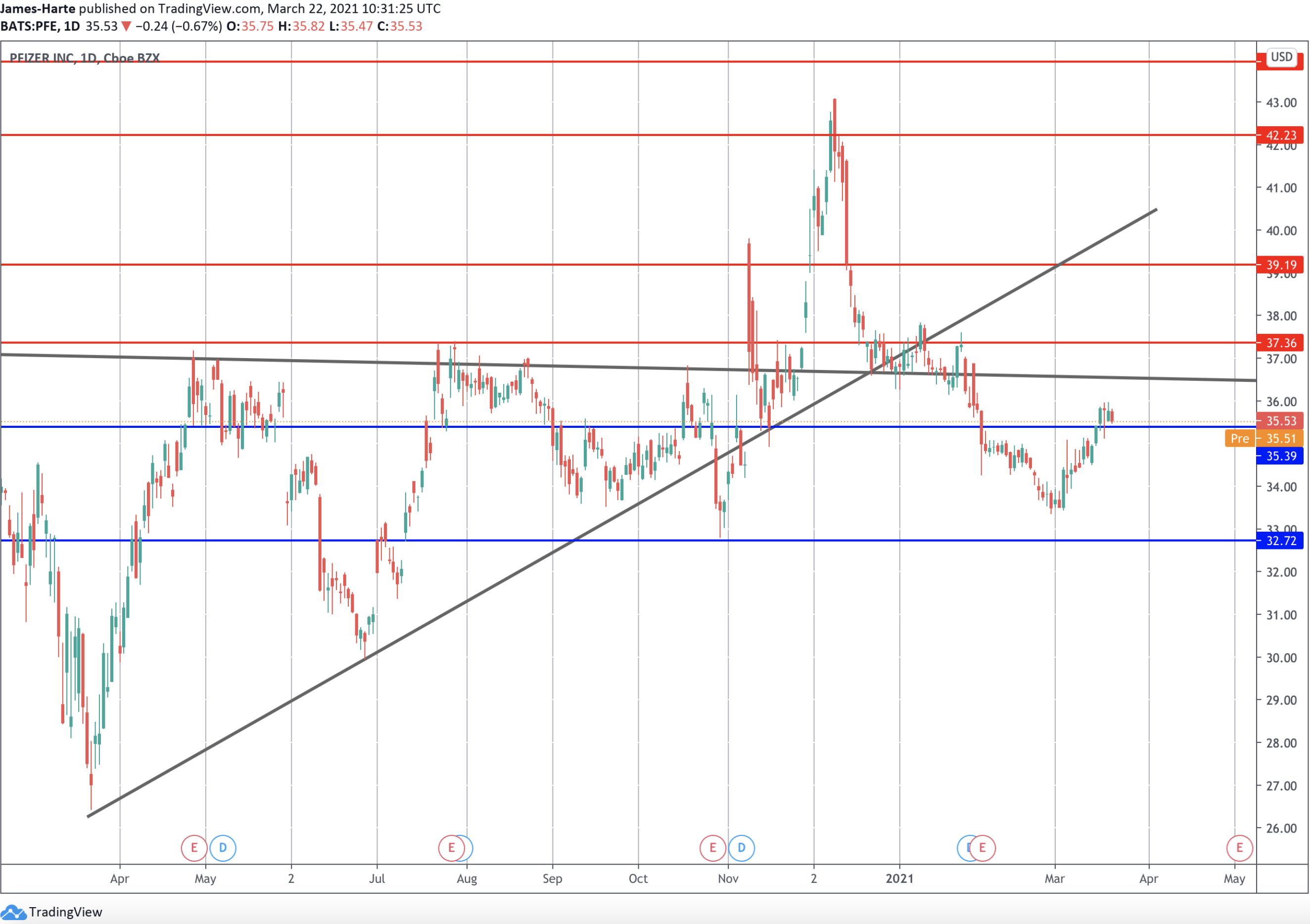 The sell-off in Pfizer from last year’s highs saw the price nearly reaching the 32.72 support before buyers stepped in, causing a reversal higher.

Price has now broken back above the 35.53 level and, while above here, the rally has room to extend further towards the 37.36 level next.

This is a big shelf of resistance and a failure to break higher there will leave the market vulnerable to a reversal lower once again.