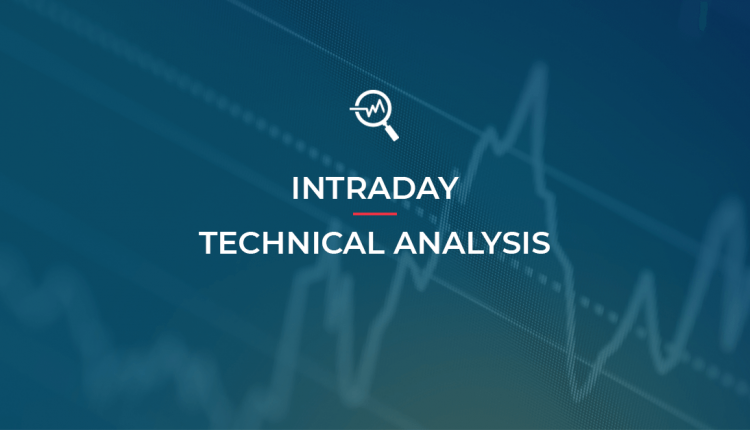 Canada’s GDP figure could dictate the loonie’s short-term direction as the pair just bounced off the eleven-month long bearish trendline.

A solid reading could keep the US dollar subdued as the RSI cools off from the overbought area. As the 20-hour MA dips further below the 30-hour one, an indication of accelerating momentum, 1.2550 is the next target in sight.

However, a close above the trendline (1.2730) may turn the tide, especially if backed by disappointing data.

Amid broader market risk aversion, the pound’s retreat came after signs of over-extension. The long wick, a failure to close above 1.4200 when the price was near a three-year high and the RSI in the overbought zone was a sign of exhaustion. The subsequent sell-off occurred as traders took chips off the table. There are some buying interests around 1.3850, but the support-turned-resistance 1.4100 is a potent supply level. A second wave of sell-off may push the price towards 1.3770.

The aussie has found support as surging house prices raised expectations of an interest rate hike soon rather than later.

The pair saw strong bids near the area of congestion around 0.7700, a psychological price tag along the bullish trendline from last March.

The RSI divergence signaled a loss in the downward momentum as the indicator started to bottom out. A break above 0.7800 could confirm the bullish bias and convince more buyers to chase the gains. 0.7900 would be the target should the pair recoup recent losses.