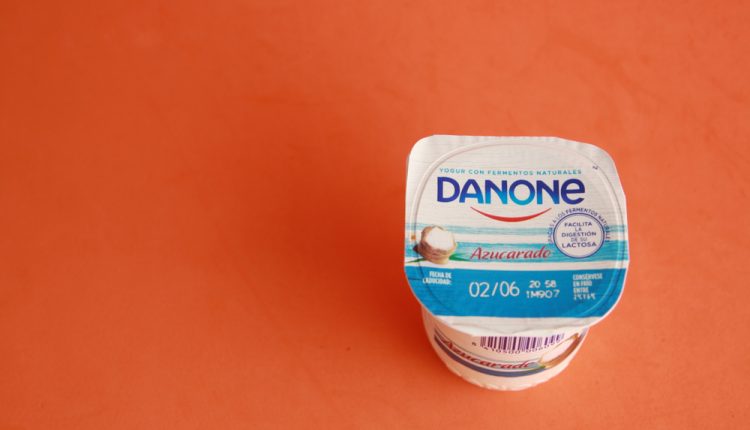 Shares in French food group Danone are trading higher ahead of the market open as traders digest news that the company has initiated proceedings to sell its stake in Chinese dairy firm Mengniu Dairy Company Limited.

The company has outlined plans to use the proceeds of the sale to buy back shares, with Danone’s stake in the dairy company valued at around $2 billion.

According to sources reported in Reuters, the company’s Chairman and CEO Emmanuel Faber is due to hold a board meeting later today.

The move comes as part of Faber’s response to growing shareholder pressure. Stakeholders have been calling for a change in the company structure. In specific, for Faber to surrender either one or both of his positions, which he has held since 2014.

Key shareholders such as Artisan Partners Asset Management and Bluebell Capital have been calling for Faber’s removal in order to pave the way for a greater shake-up of the company to help boost performance. Others, such as Causeway Capital Management, have simply called for Faber’s roles to be split up.

Weak 2020 Results Due To Pandemic

In terms of guidance for the current quarter and year ahead, Danone said it is expecting a tough Q1 driven by base consumption and ongoing headwinds linked to channel issues.

However, the company forecasts a return to growth over Q2 and a return to profit over H2 with an operating margin for the full year projected to be broadly in line with that of 2020.

In terms of boosting growth and profit, Danone said it will be investing in portfolio superiority and differentiation, optimizing execution, and reshaping its organization and portfolio. 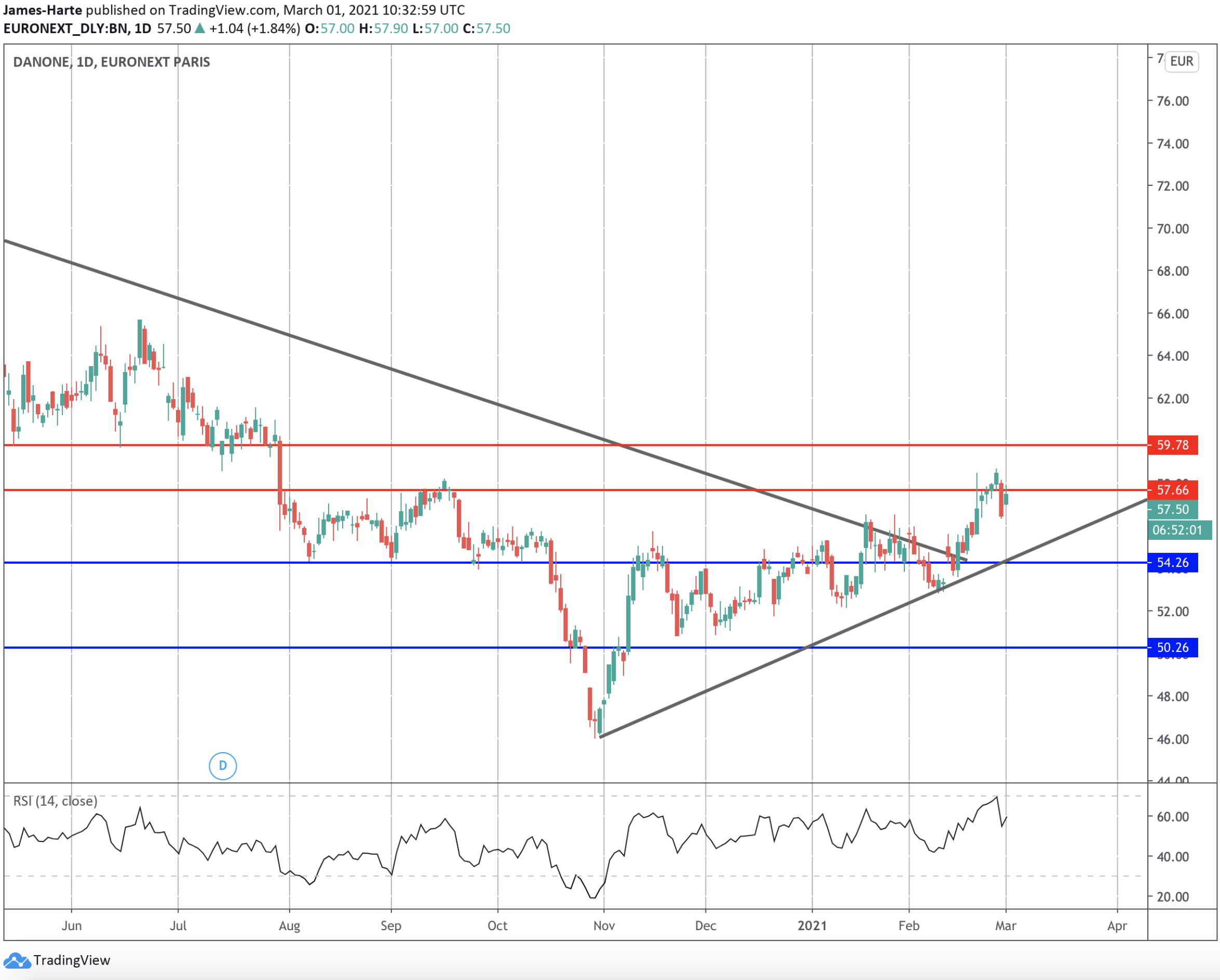 Shares in Danone have been grinding higher over recent months. The company’s stock price rallied up off the November lows around 46 up to recent highs around 58. Price has recently broken above the long-term bearish trend line. However, for now, the rally is capped by the 57.66 level.

While the rising trend line from 2020 lows holds, however, and with the 54.26 level in place, the focus is on further upside in the near term.