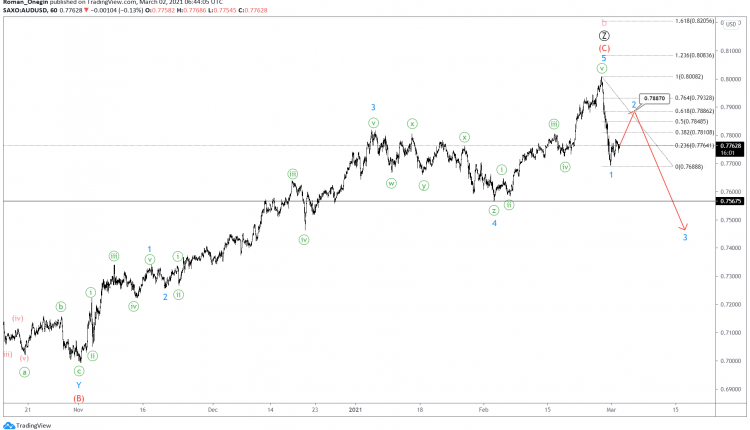 The formation of the AUDUSD currency pair shows a clear completion of correction wave b. The cycle wave b is a bullish triple zigzag of the primary degree.

The end of the intermediate impulse (C), which completed the primary wave Ⓩ, triggered a bearish move.

With the currency pair building the initial part of the impulsive wave, minor wave 1 could have ended. In such a scenario, minor wave 2 could drive markets up to 0.788. At that level, wave 2 will be at the 61.8% Fibonacci extension of wave 1.

Then bears could begin the formation of wave 3. Wave 3, as the most impulsive wave of a 5-wave move, could get us to at least the previous low of 0.756. 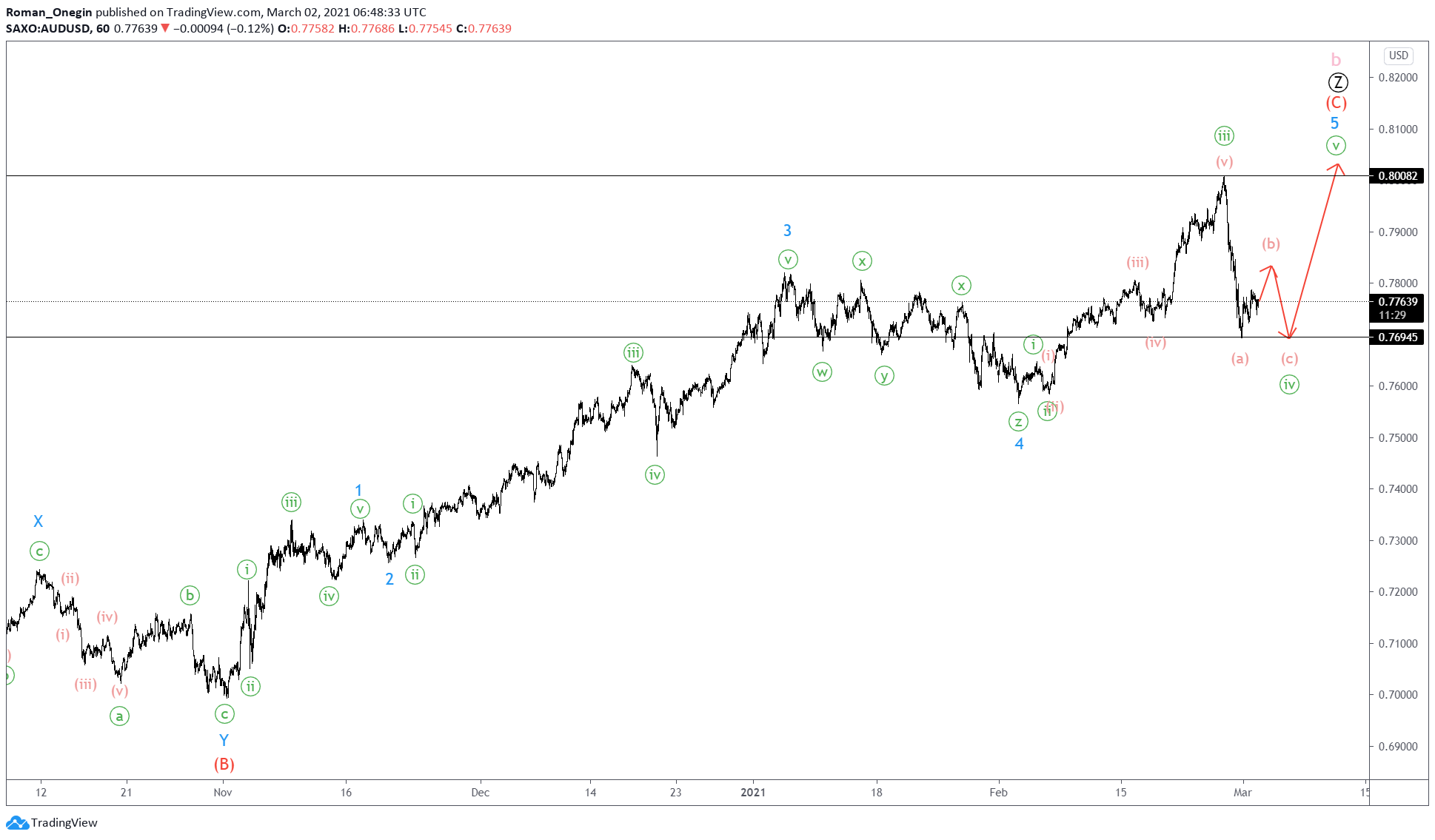 The end of this pattern is possible at 0.769, which was marked by the minute impulse wave (a).

Price could then rise in the minute fifth wave above the previous high formed by the third wave. That is, above 0.800.