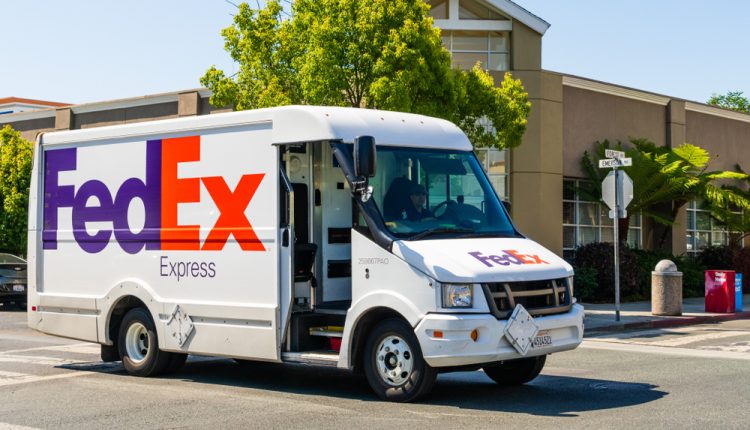 Shares in FedEx are moving higher ahead of the open on Thursday.

While the delivery specialist’s stock price is still down off the 2020 highs printed above the 300 mark, FedEx shares have been attempting to grind higher over recent weeks.

The company performed well over the course of the pandemic with demand for its services hitting record levels as a result of the lockdowns and social restrictions in place over the year. The company has now seen three consecutive quarters of stronger than-expected-earnings with Wall Street looking for a $3.35 EPS when it next reports on March 18th.

The company has been garnering attention this week over its announcement regarding cutting emissions. FedEx declared that it is targeting all operations to be totally carbon neutral by 2040.

The delivery giants will be investing $2 billion, initially, in three key areas to help support this goal: electrification of vehicles, carbon sequestration, and sustainable energy.

All Electric Vehicles By 2040

FedEx has outlined plans to turn all of its delivery fleet vehicles into zero-emission electric vehicles by 2040. The group will also be working on its investments in alternative fuels to reduce its footprint from airplanes and other vehicles.

They will also be focusing on using sustainable packaging and carbon-neutral products.

“We have a responsibility to take bold action in addressing climate challenges. This goal builds on our longstanding commitment to sustainability throughout our operations, while at the same time investing in long-term, transformational solutions for FedEx and our entire industry.”

The group also announced this week that it has finalized the integration of its last-mile delivery services. FedEx formally used the US Postal Service but has now rebranded the operation to FedEx Ground Economy from FedEx Smart Post.

At the height of its operations, FedEx sent around 3 million parcels through the Postal Service as part of its last-mile deliveries program. 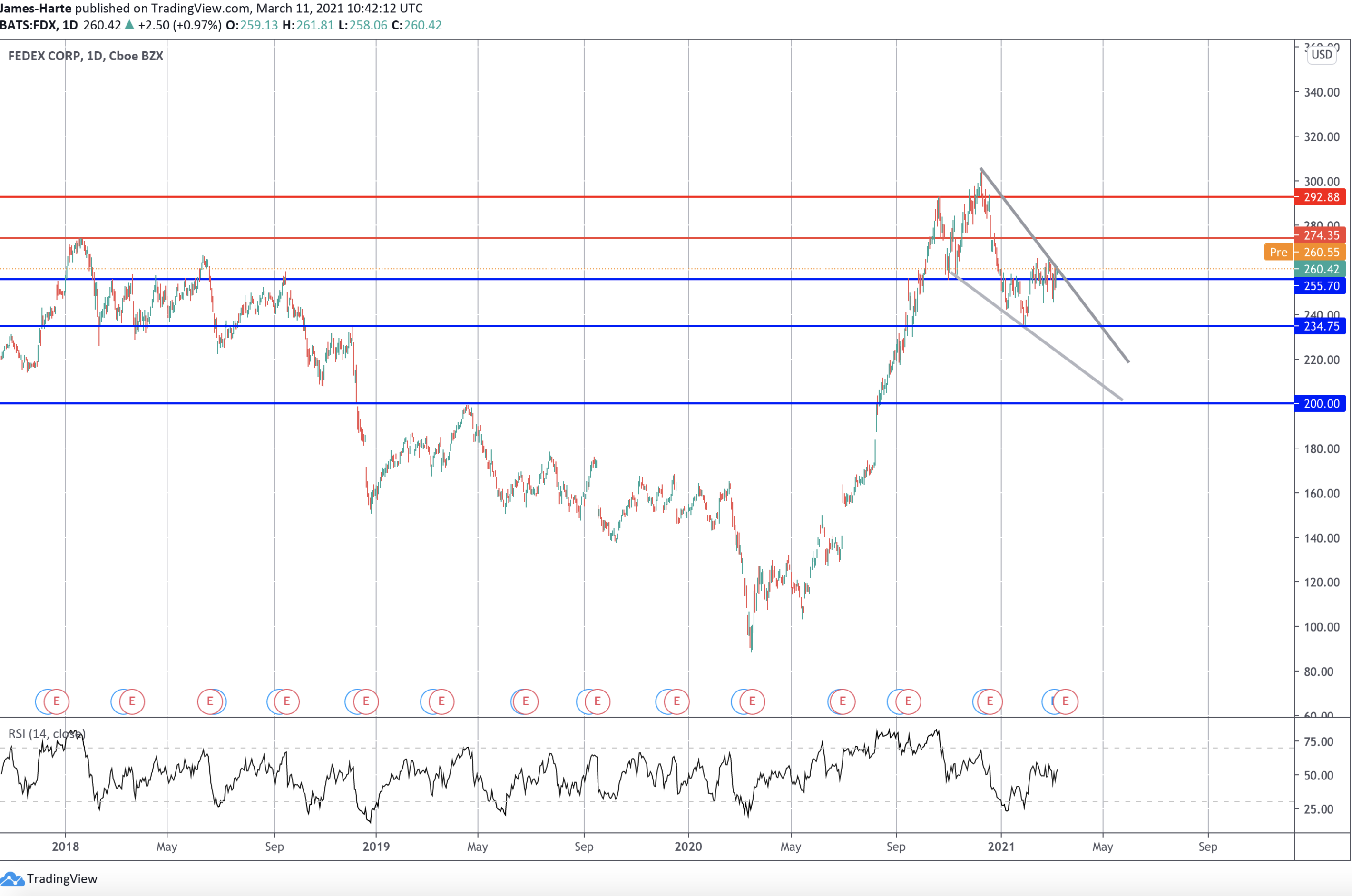 Shares in FedEx are currently correcting lower within a falling wedge pattern. The correction has so far found support into a test of the 234.75 level which has seen price bouncing back above the 255.70 mark. While the 234.75 level holds as support, the bias remains in favour of a breakout and continuation higher. Below 234.75, 200 is the next big support to watch.