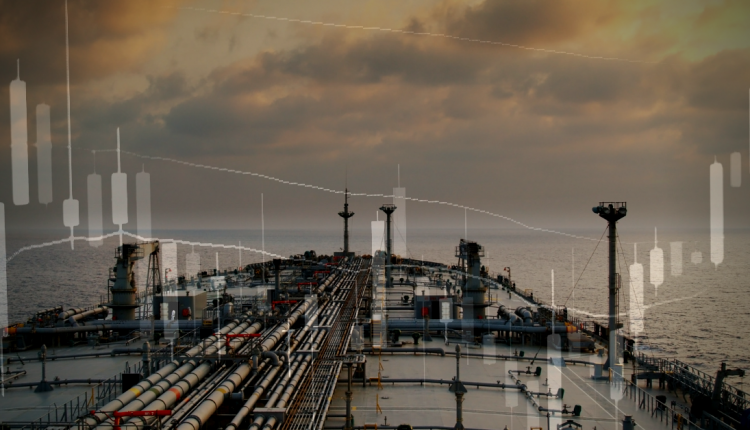 Oil prices have come under heavy selling pressure this week with the market turning lower from the 65.40 level. The catalyst behind the move has been the combination of a higher US dollar and the EIA reporting a further build in US crude inventories.

The Energy Information Administration reported that in the week ending March 12th,  US crude stockpiles rose by a further 2.4 million barrels.

This was a little below the 2.8 million rise forecast. The result followed two prior weeks of surpluses totaling around 40 million barrels.

The news of this latest increase has further weighed on sentiment.

Alongside the rise in headline crude stocks, news of a fresh build in gasoline inventories created further downward pressure on crude.

Crude stocks rose by 472k barrels over the week. This came in stark contrast to the 3 million barrel decline the market was looking for. This was particularly disappointing for crude bulls given that gasoline stocks had been in steady decline recently.

Distillate stockpiles were also higher over the week. These rose by 255k barrels, again in stark contrast to the 3.4 million barrel decline the market was looking for.

Elsewhere, the report showed that net US crude imports were down by 219k barrels per day last week. Meanwhile, refinery crude runs were up by 1.1 million barrels with refinery utilization rates jumping 7.1% to 76.1% of full capacity.

The report reflects a strong recovery in overall refinery capacity. This comes as more and more refineries get back online following the passing of the storm in the Gulf region which saw mass closures for a few weeks.

In terms of demand, the report showed the total products supplied number averaged 18.8 million barrels per day over the last four weeks. This was down 11.1% on the same period a year prior.

Gasoline products supplied averaged 8.1 million barrels per day, down 13% on the same period a year prior.

Distillate fuel products supplied averaged 4.1 million barrels per day over the period, down 1.3% on the same period a year prior. 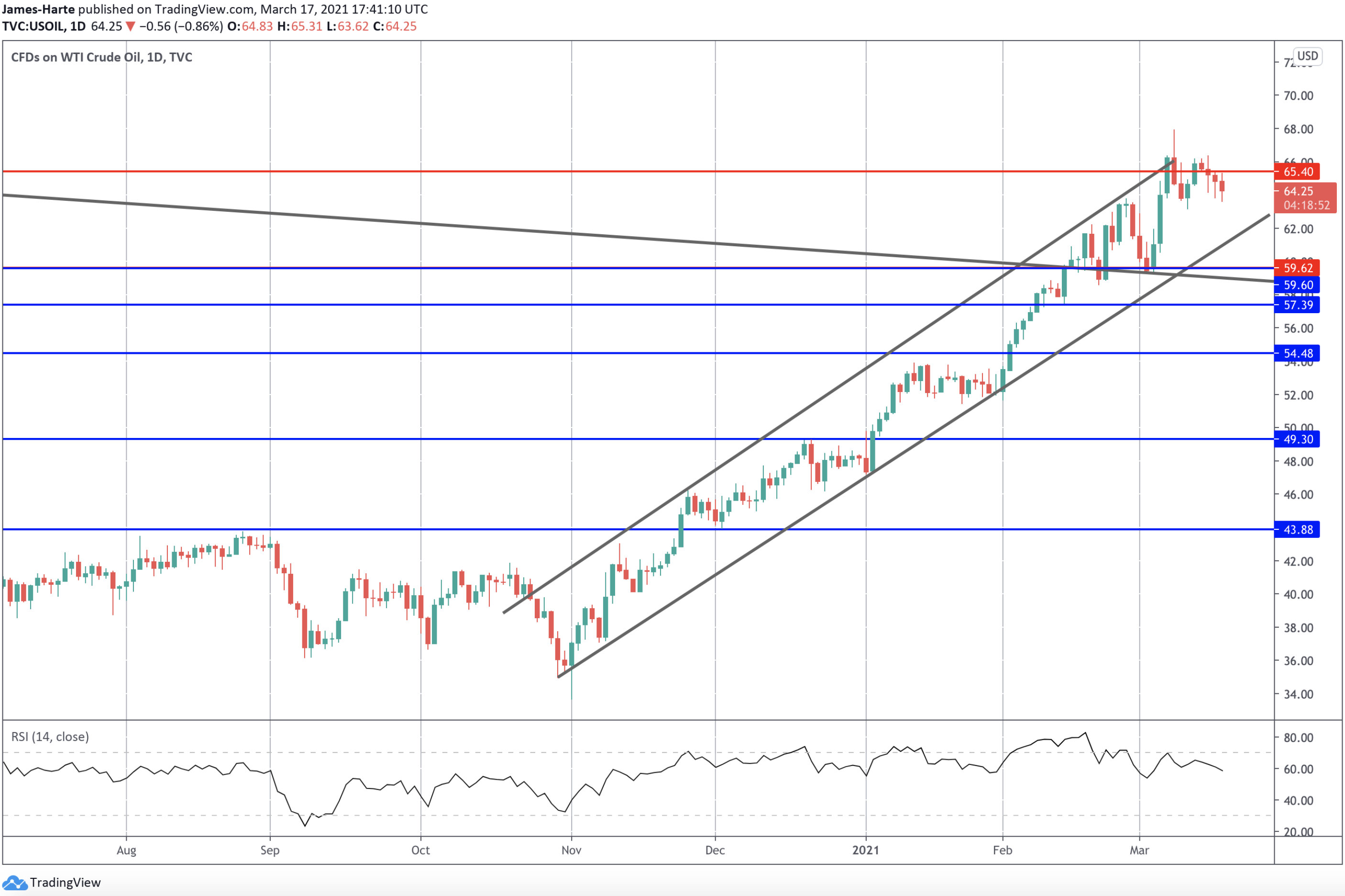 Crude oil prices are reversing lower from the 65.40 level. While price is still within the bull channel running from November lows, the move higher has been losing momentum. And reversal risks are growing.

The bull channel lows are the first support to note, ahead of the 59.62 level and the retest of the broken long term bearish trend line. Below there, 57.39 and 54.48 are the next levels to watch.