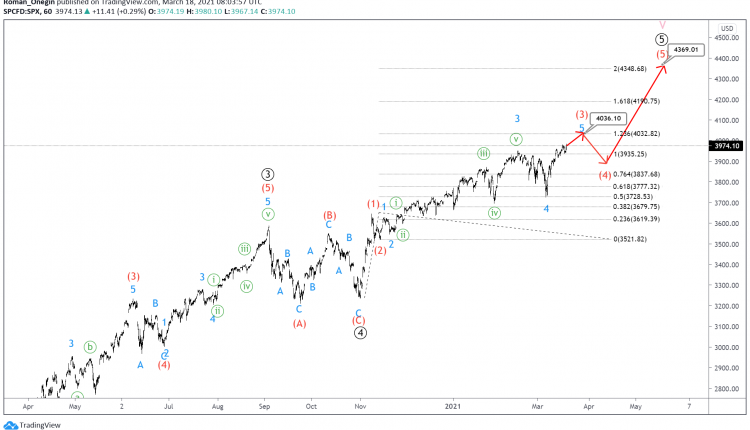 In November 2020, the market completed the development of the primary correction ④, then the price increased in the primary impulse ⑤.

After that, we expect a corrective market move in the intermediate correction (4), which can take the form of a long flat.

Finally, it is possible to increase to the level of 4369.01, where the primary waves ③ and ⑤ will be equal. 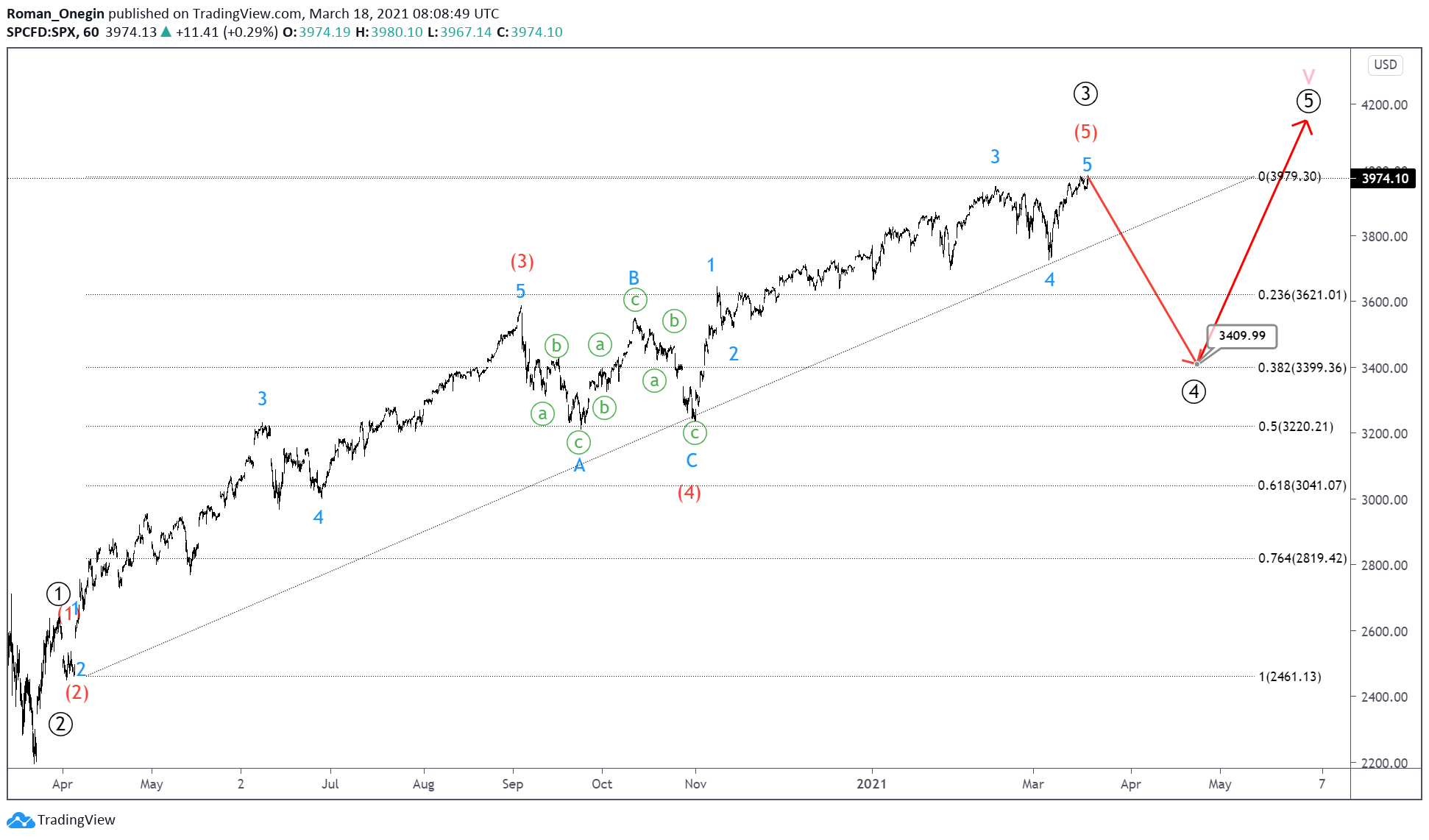 According to the alternative, the formation of the impulse wave ③ has now come to an end.

Thus, in the near future, we can see a downward price move in the primary correction ④. It is likely that the specified correction will end near the 3409.99 area, which will be at 38.2% of impulse ③.

After that, bulls can push the price up in the primary fifth impulse above the end of the wave ③.