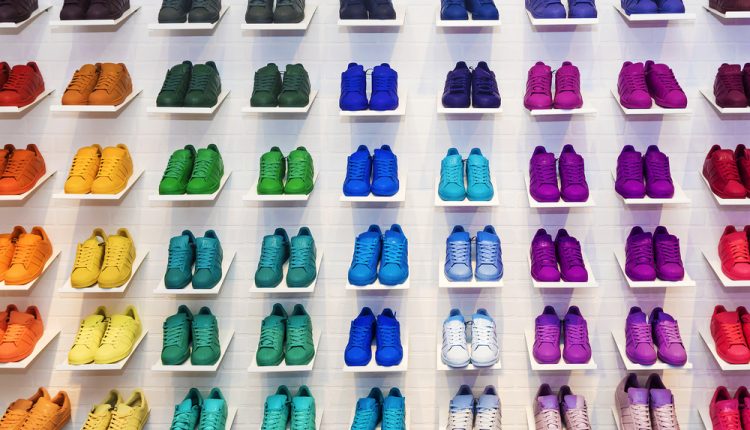 Shares in Adidas are trading around 0.50% higher ahead of the market open on Tuesday.

The company’s stock price has been heading back up towards highs recently. The broader improvement in risk appetite in Germany and the eurozone contributed to the increase.

With the DAX breaking out to record highs on economic optimism, German companies have been thriving of late. They look set to continue in the near term as the ECB pumps in cash at a quicker pace to help suppress bond yields.

The iconic sports brand has also recently announced an exciting new partnership with Peloton. The fitness company has been soaring in popularity over the last two years. A collaboration between the two could be a big boost for Adidas’s visibility.

“I’m proud to announce our partnership with Peloton, the leading interactive fitness platform. Together we see great potential to surprise and delight our highly engaged communities by multiplying the power of both brands in a number of exciting ways.”

Details around the collaboration are yet to be released. However, many are speculating that a clothing line is the most likely outcome.

Adidas has recently made a big play to return to the cycling market after 15 years out of the sector. The company recently announced the Adidas road shoe for cycling and the Velosamba, specifically for city cyclists.

With Peloton’s market cap in the indoor exercise bike sector blossoming, the partnership could price to be very lucrative indeed.

The move is part of Adidas’s new five-year strategic cycle which is the brand released under the title “Own The Game”.

As part of its new approach, Adidas will focus on placing the consumer at the center of everything it does.

The recent sale of Reebok was also part of this strategy as the company made the decision to cut the brand loose to focus more on its core identity and realize better growth potential. 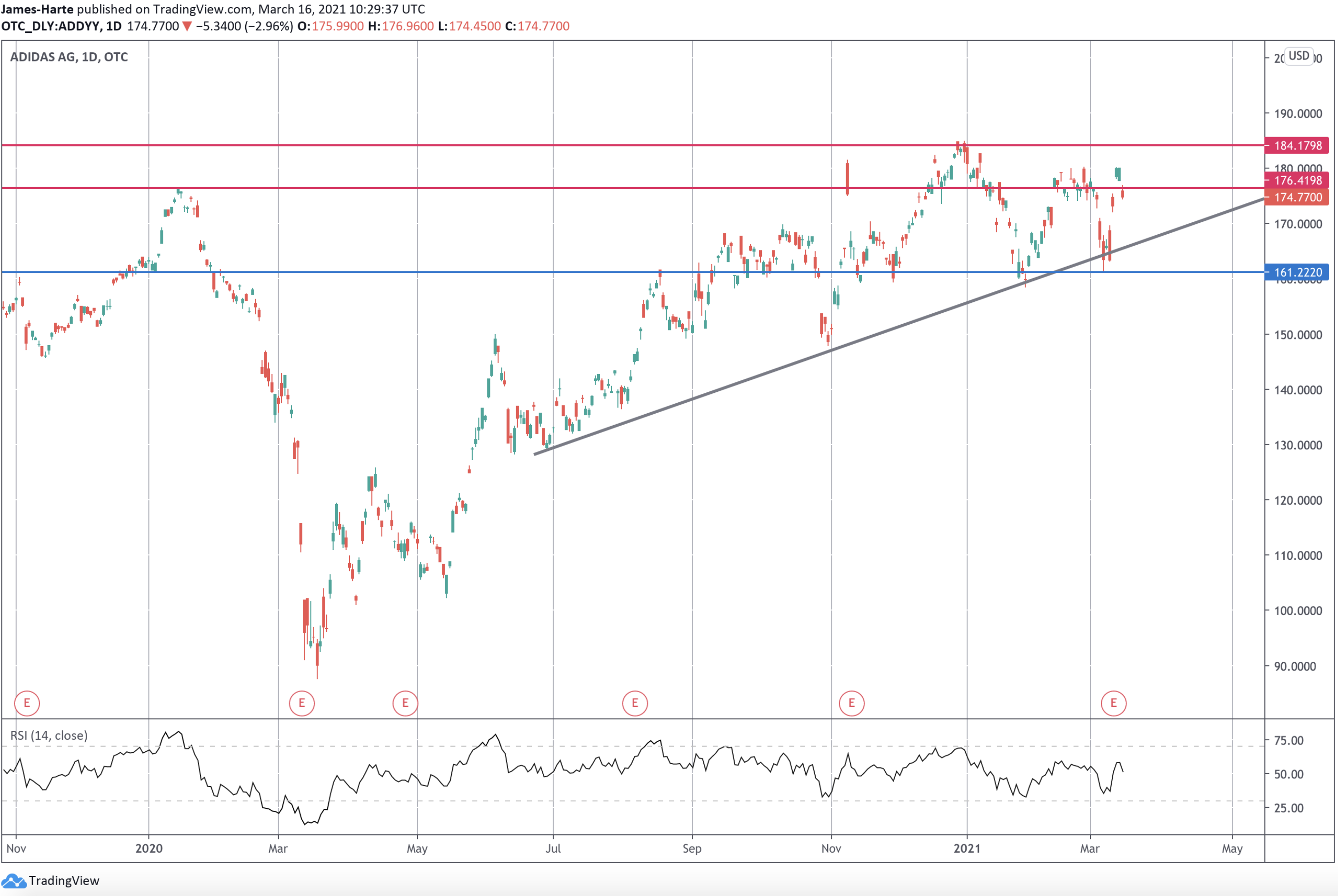 The recent rally in Adidas off the rising trend line from Q2 2020 lows saw price piercing above the 176.41 level once again.

Though back below the level, for now, the ascending triangle pattern is framed by the rising trend line against the 184.17 highs. This suggests that upside pressure is building and shares and bulls are looking for a breakout higher