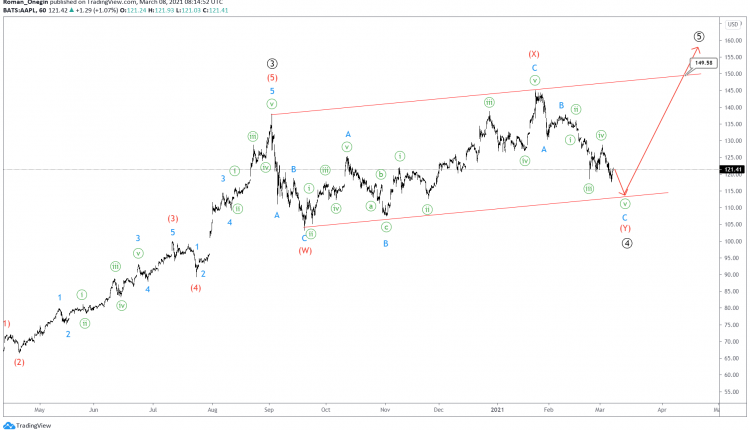 The 1H timeframe for AAPL shows the final part of a major bullish impulse of the primary degree.

We see that since September 2020, the market has been forming a horizontal correction ④. This is a double three (W)-(X)-(Y) of the intermediate degree.

It is likely that soon the primary correction ④ will come to an end, then wave ⑤ will rise above the level of 149.58. The resistance line is drawn through the upper extremes. 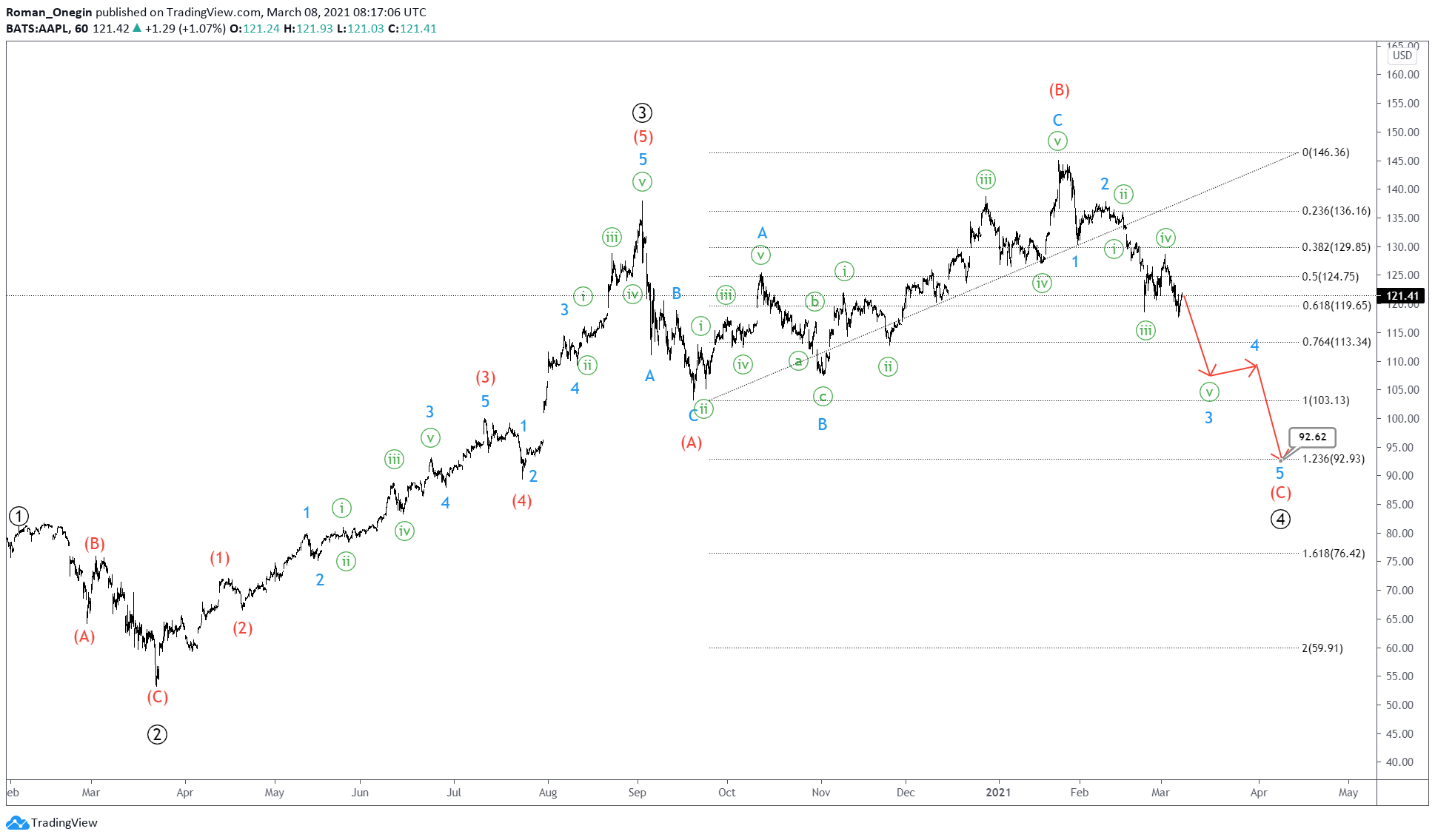 An alternative scenario shows the primary corrective wave ④ is not a double three, but an intermediate flat (A)-(B)-(C).

The first two zigzags which are sub-waves (A) and (B) have ended. Currently, we see minor sub-waves 1-2-3-4-5 forming an intermediate impulse wave (C). To complete the bearish wave (C), the construction of sub-waves 3-4-5 is necessary.

Gold’s Decline Seems to be Overdone