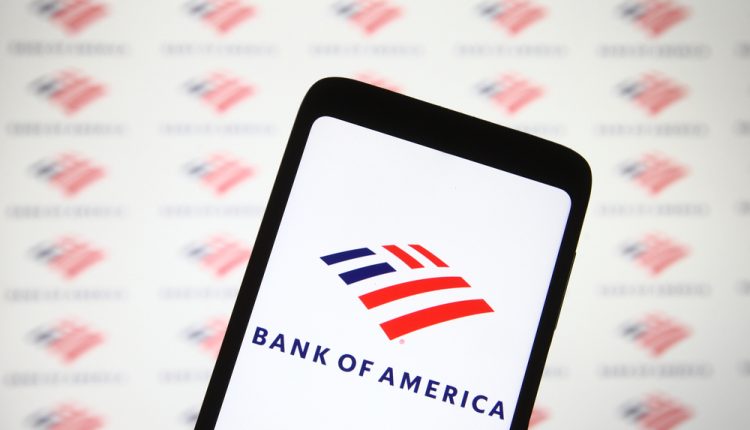 Shares in Bank of America have enjoyed a solid rally this year. This marks a firm recovery from the February lows around the 30 level to trade up to current highs around 37.

The rally was kicked off by a solid set of Q4 earnings. The bank reported earnings per share of $0.59 in the final quarter of 2020. This beat the $0.55 Wall Street was looking for.  It also marked the third straight quarter of earnings growth for BAC following the negative growth seen over Q1 2020 during the height of the pandemic.

This week, as a result of the impact of the pandemic, BAC announced that it will be restructuring its global banking and markets division. The bank noted that members of its sales and trading, research and investment bank, and capital markets segments will be affected by the changes.

However, following the distribution of bonuses, some job losses are always seen around this time of year.

There has been some positive news for the bank, however. On Thursday, a legal dispute that the bank has been involved in for a number of years was finally brought to a head.

A federal judge quashed a case that had been brought against BAC and JP Morgan over allegations of “spoofing”; a fraudulent trading practice that is prohibited by regulatory laws.

Shares in BAC have also been benefiting from the firm rally in US treasury yields which have rocketed higher this year. Given the bank’s degree of exposure to interbank lending, the uptick in yields has led to greater profits.

With longer-term bond rates having risen firmly this year, BAC has been able to increase the rate on longer-duration loans it offers.

Furthermore, interest rates on all credit facilities have increased proportionally. This has helped lift the bank’s profitability. With inflation expectations on the up and with the US stimulus bill having passed, BAC shares look likely to continue higher from here. 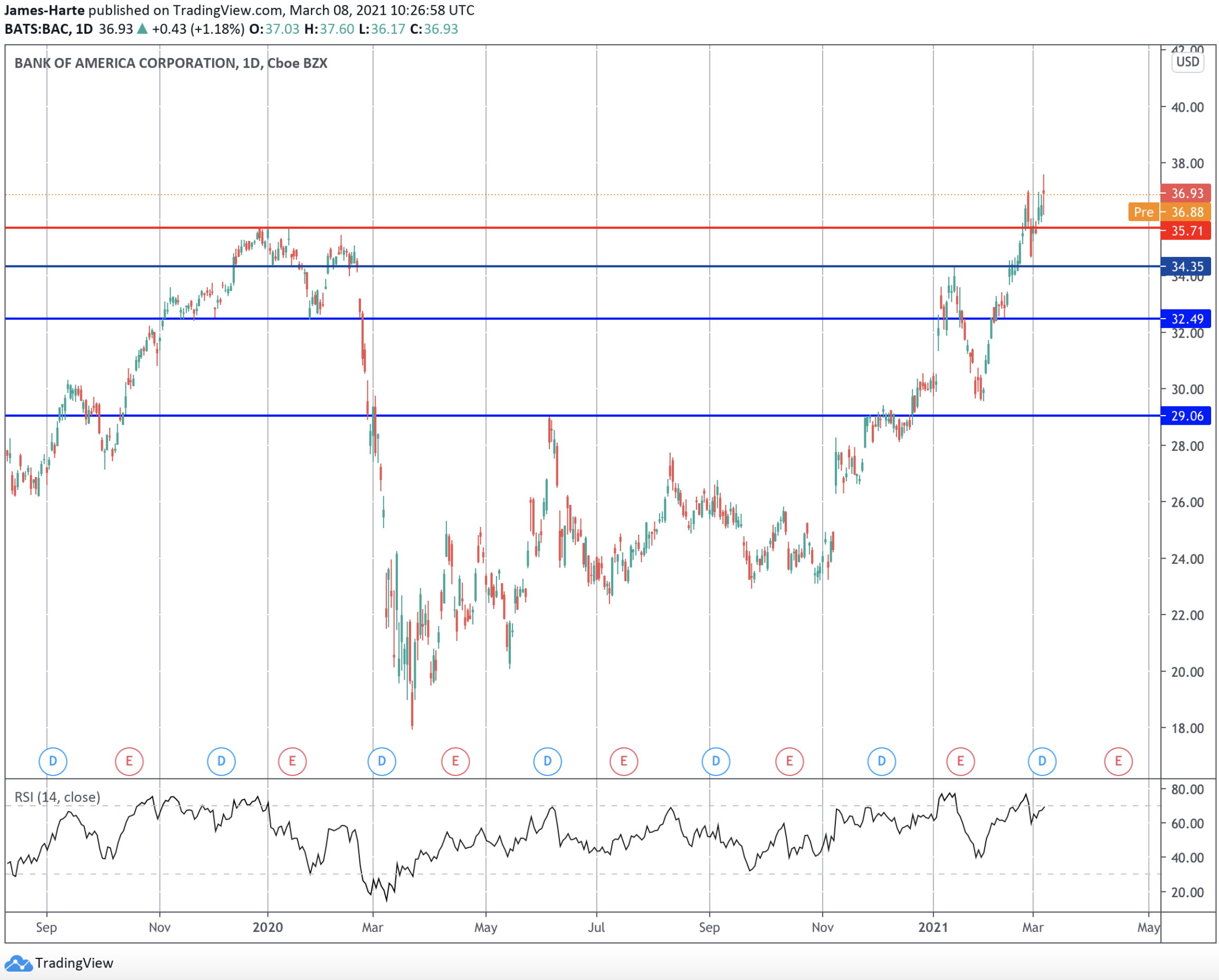 The rally in BAC has seen price breaking above several key levels, most recently the 34.35 and 35.71 levels. While price holds above here, the focus is on a continued grind higher.

However, bearish momentum on the RSI indicator suggests the risk of a reversal. Should price slip back below the 34.35 level, the next support to note is at 32.49.