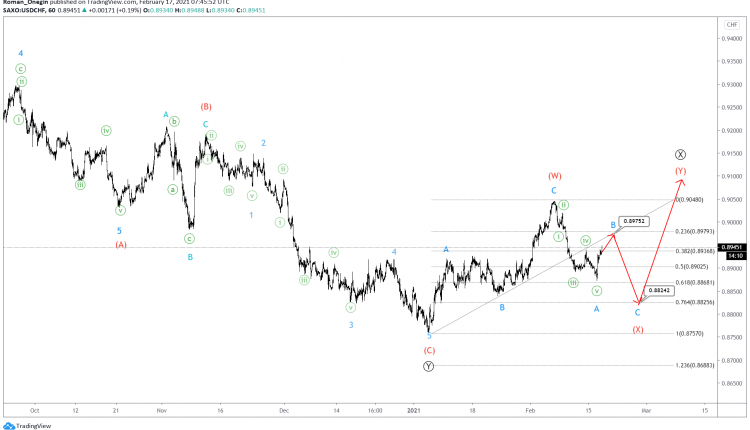 USDCHF shows that the bearish primary wave Ⓨ, which is also an intermediate zigzag, seems to have ended.

An upward move in the market saw the formation of the primary intervening wave Ⓧ. It is likely that it will have a double (W)-(X)-(Y) zigzag structure.

Currently, zigzag wave (W) of the intermediate degree has completed. In the short term, we expect the development of intervening wave (X).

The minor corrective wave B is likely to complete near 0.897. With a 5-wave impulse decline, completing minor wave C to 0.882. 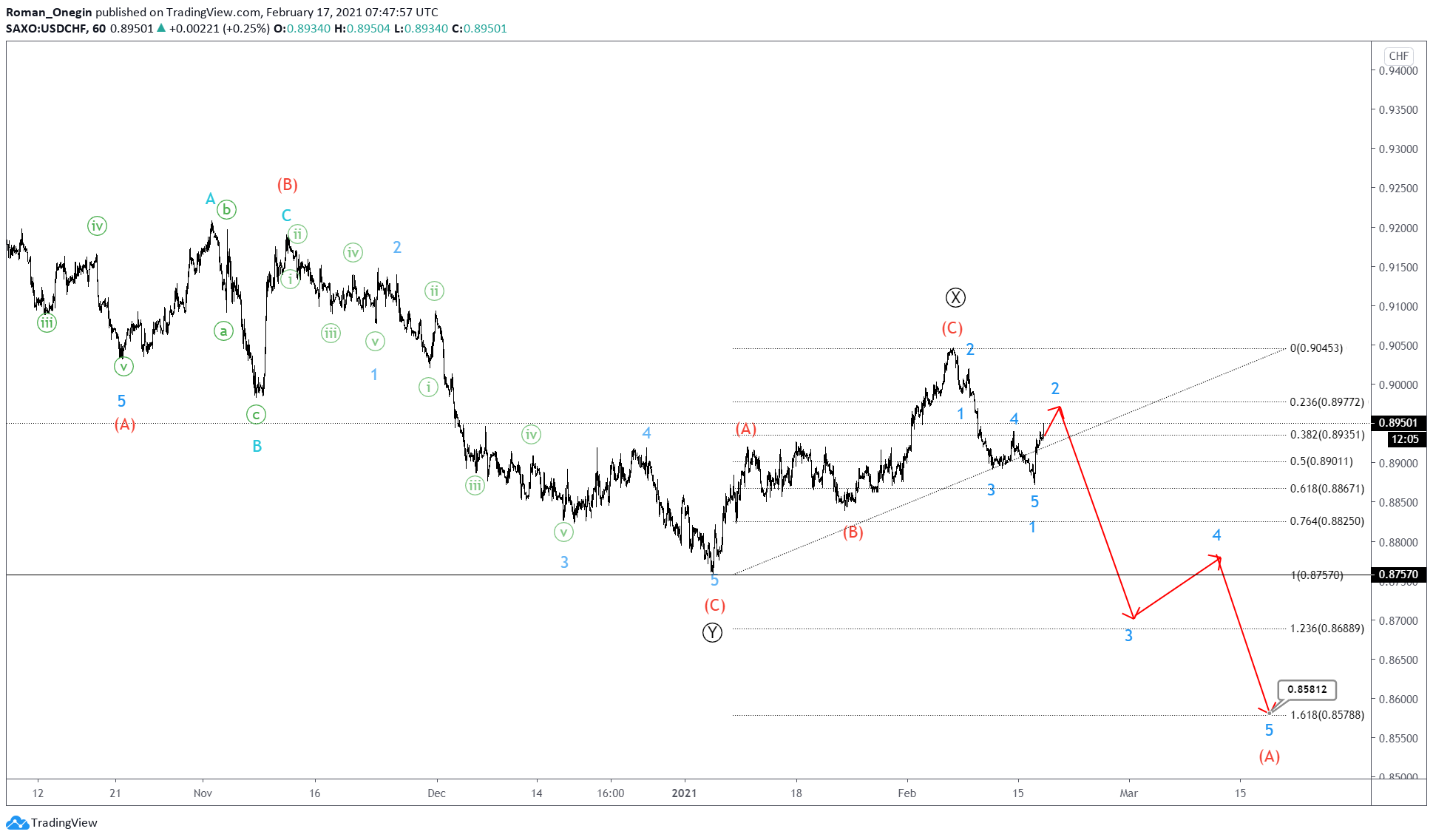 An alternative scenario shows the primary intervening wave Ⓧ has completed the form of a standard zigzag of the intermediate degree.

In this case, the initial part of the final wave Ⓩ is currently under construction.

Test your strategy on how the CHF will fare with Orbex - Open Your Account Now.
analysis_enElliott WaveUSDCHF
0 2,043
Share FacebookTwitterReddItWhatsAppPinterestTelegramLinkedinFacebook MessengerEmailPrint