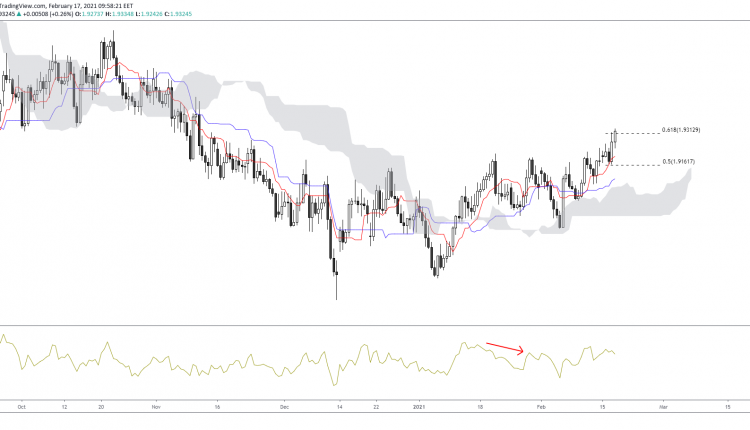 GBPNZD saw a detrimental downturn in pricing during the back end of 2020. However, as Q4 closed out and the new year came into fruition, we have witnessed an upturn in fortunes for the currency pair.

The recent bearish divergence threatened to pull prices to the Q4 lows. This was negated however, after a bounce at the top border of the Ichimoku cloud led the movement higher.

A short-term intraday perspective sees that prices are currently in an ascending channel. The recent bounce off the mean leads to the assumption that the bias remains on the upside.

With the candlesticks remaining vastly away from the top border of the Ichimoku cloud, this cements the theory that another attempt to the top channel is likely.

However, the recent bearish divergence noted on the momentum indicator could halt this progression. A dip past the median regression would take prices lower, and again test the lower channel towards the 1.92 level.

Will the Fed Revive the Dollar?