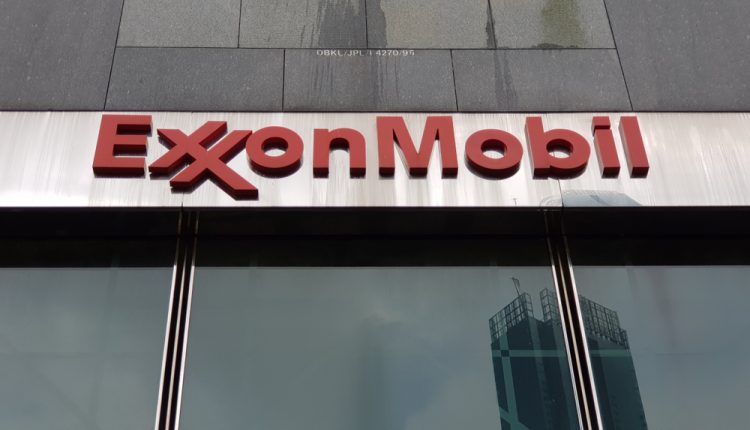 Shares in US energy firm Exxon are trading a little higher pre-market on Thursday, following on from a strong rally over yesterday’s session. Having corrected lower from the recent highs above the 51 level to lows of mid 46, Exxon shares are now in demand again as oil prices continue to breakout higher.

The rally in Exxon comes despite a set of much weaker than expected Q4 earnings reported earlier in the week.

Exxon reported fourth-quarter earnings per share of -$4.70, wildly lower than the $0.08 Wall Street was looking for. Q4 losses will be a big disappointment to Exxon following two prior quarters of consecutive earnings growth.

Revenues were also lower than expected at $46.54 billion versus $48.76 billion. This marked a stark drop from the $67.7 billion recorded over the same period a year prior.

Past Year Has Been Most Challenging

Commenting on the results, Exxon CEO Darren Woods acknowledged that:

“the past year has presented the most challenging market conditions. Woods explained that as a result of the disruption caused by the pandemic, the company had adopted an aggressive cost cutting strategy  which should help deliver structural expense savings of around $6 billion per year by 2023. Woods went on to say: “We’ve built a flexible capital program that is robust to a range of market scenarios and focused on our highest-return opportunities to drive greater cash flow, cover the dividend, and increase the earnings potential of our business in the near and longer term,”

During the earnings release, Exxon outlined its plans to invest $3 billion in carbon capture as well as other technology aimed at helping reduce emissions. This comes on the back of the company recently releasing its emissions data for the first time. It is part of a broader response to investor calls for a greener mandate.

The past 12 months have been brutal for Exxon. This is given the heavy decline in oil prices last year as well as the massive drop in demand seen worldwide.

However, despite still being down 27% over the last 12 months, Exxon shares are up 9% this year as oil prices continue to rally and vaccine optimism helps the outlook improve. 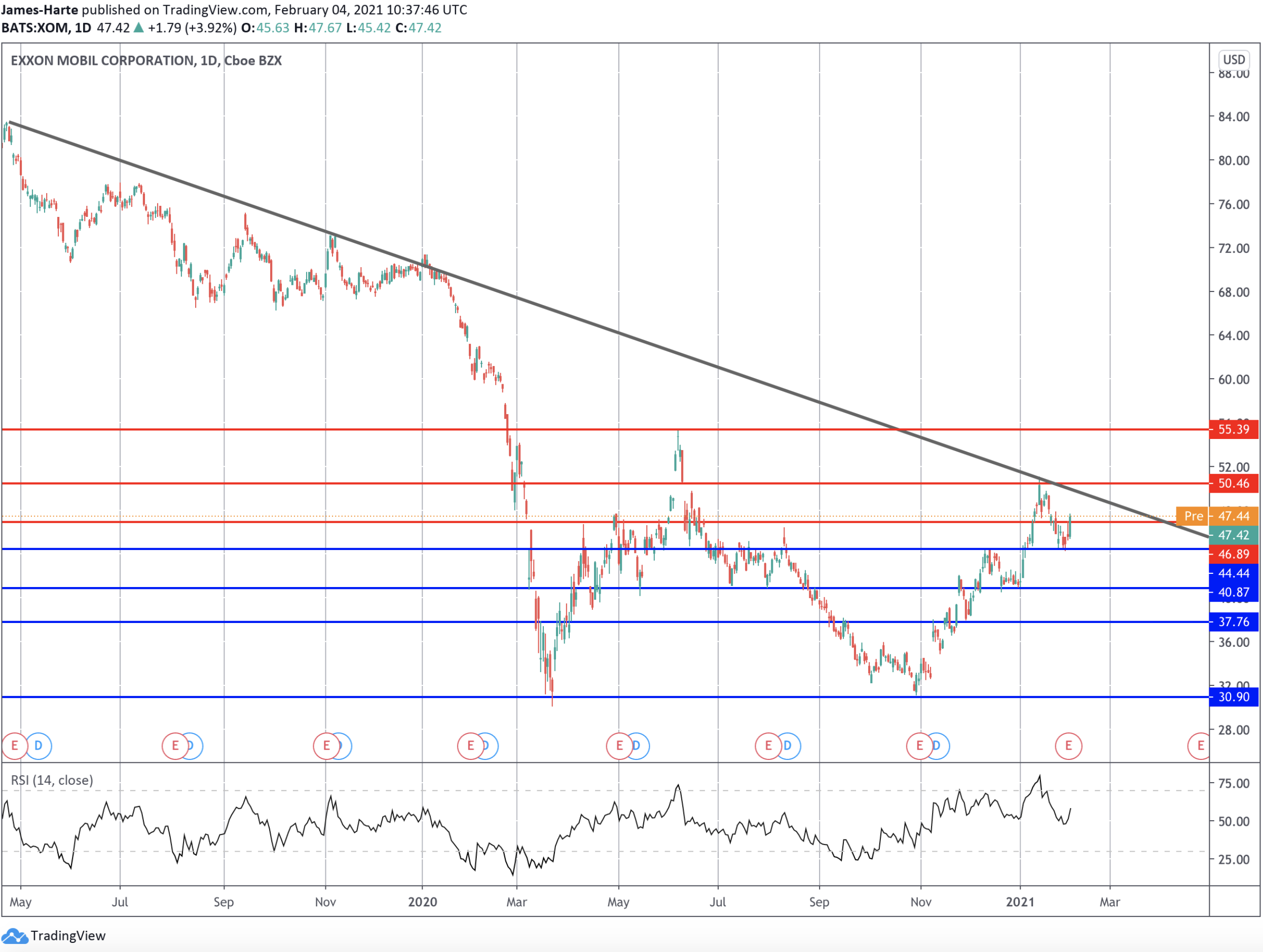 The rally in Exxon shares this year saw price climbing as high as a retest of the bearish trend line before reversing lower as selling kicked in. However, while price holds above the 44.44 level, which has seen decent demand so far, the outlook is for a continuation higher in the near term. If bulls can surpass the 50.46 level, the next upside marker to watch is the 55.39 level.