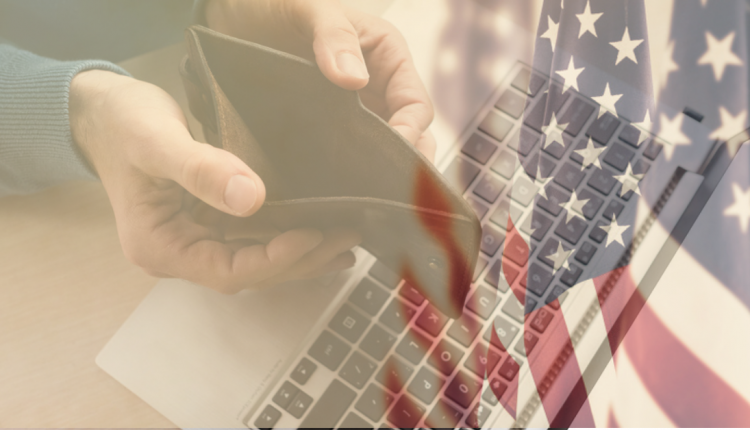 With demand still under pressure in the middle of a pandemic, it might seem odd to talk about inflation. Especially with jobs growth stagnating, as we saw with last Friday’s NFP report. But this is the scenario that an increasing number of analysts are considering. The price of bonds is reflecting that.

At the start of the week, the yield curve is at the steepest it’s been in years. The 30-year bond is closing in on a two-year high of 2.0%. This means that investors are banking on an increase in inflation soon, and also the Fed being forced to raise rates.

On Friday we saw both houses of Congress vote to push forward without Republican support on the $1.9T stimulus bill proposed by the Biden administration. We have to remember that so far the Fed and the Federal Government have already provided $9.7T in different forms of stimulus relief.

With the addition of the latest proposed round of stimulus, that would equate to over 54% of GDP – and not counting what state and local governments have done.

It’s understandable that there wouldn’t be an immediate uptick in inflation. Especially with the uncertainty of employment and business closures during the pandemic. Savings rates among Americans remain at record highs.

However, when restrictions are lifted, and the economy starts to normalize probably in the second half of the year, we could see a significant increase in demand. There is a consensus projecting around 7% annualized growth for the last two quarters of the year.

It’s not an unexpected pattern

In countries that have lifted lockdowns already, we’ve seen an uptick in consumer prices. As stores reopen, often there is a logistics backlog to meet the increased demand. Those increases in inflation have been transitory as supply lines balance.

On the other hand, those countries have not done stimulus spending for consumers on such a massive scale as the US has.

But, these factors that could lead to higher inflation are not set to take off just yet. The US is still the second in the race among large countries to get their population inoculated against covid.

However, so far, only 11.7% of the population has received at least one dose. This would put America on track to reaching herd immunity threshold sometime towards the end of the second quarter.

This would be on track with Treasury Secretary Yellen’s prediction that if the stimulus bill is passed, the US would reach full employment by the end of the year.

Meanwhile, last month saw the height of the second round of lockdowns. This suggests muted inflationary pressures. With the Fed willing to let inflation overheat slightly, we could still have some room before CPI growth implies an increased chance of a change in monetary policy.

Core US Jan CPI is expected to come in at 0.2% month over month. Compared to December’s 0.1%, this is a marginal increase. On an annualized basis, this would be a repeat of the 1.6% seen last month.