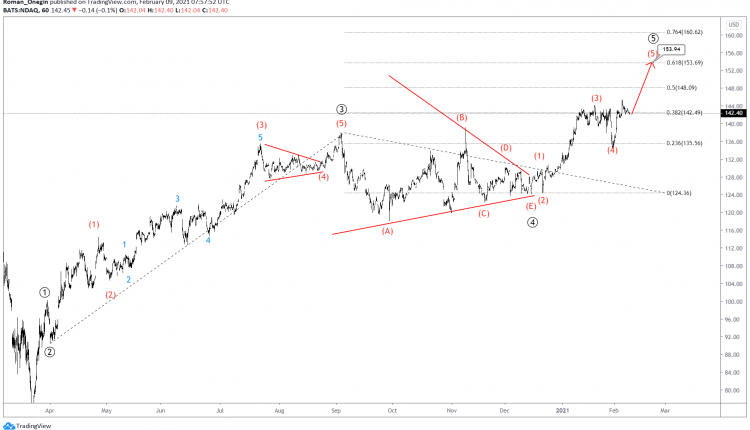 The current NDAQ structure hints at the formation of a large bullish impulse of the primary degree.

Corrective wave ④ ended which took the form of a contracting (A)-(B)-(C)-(D)-(E) triangle.

After the correction completed its pattern, there was a bullish price move in the primary impulse ⑤.

In the near future, the intermediate sub-wave (5) is likely to develop to the 153.94 area. At that level, the entire wave ⑤ will be at the 61.8% Fibonacci extension of wave ③. 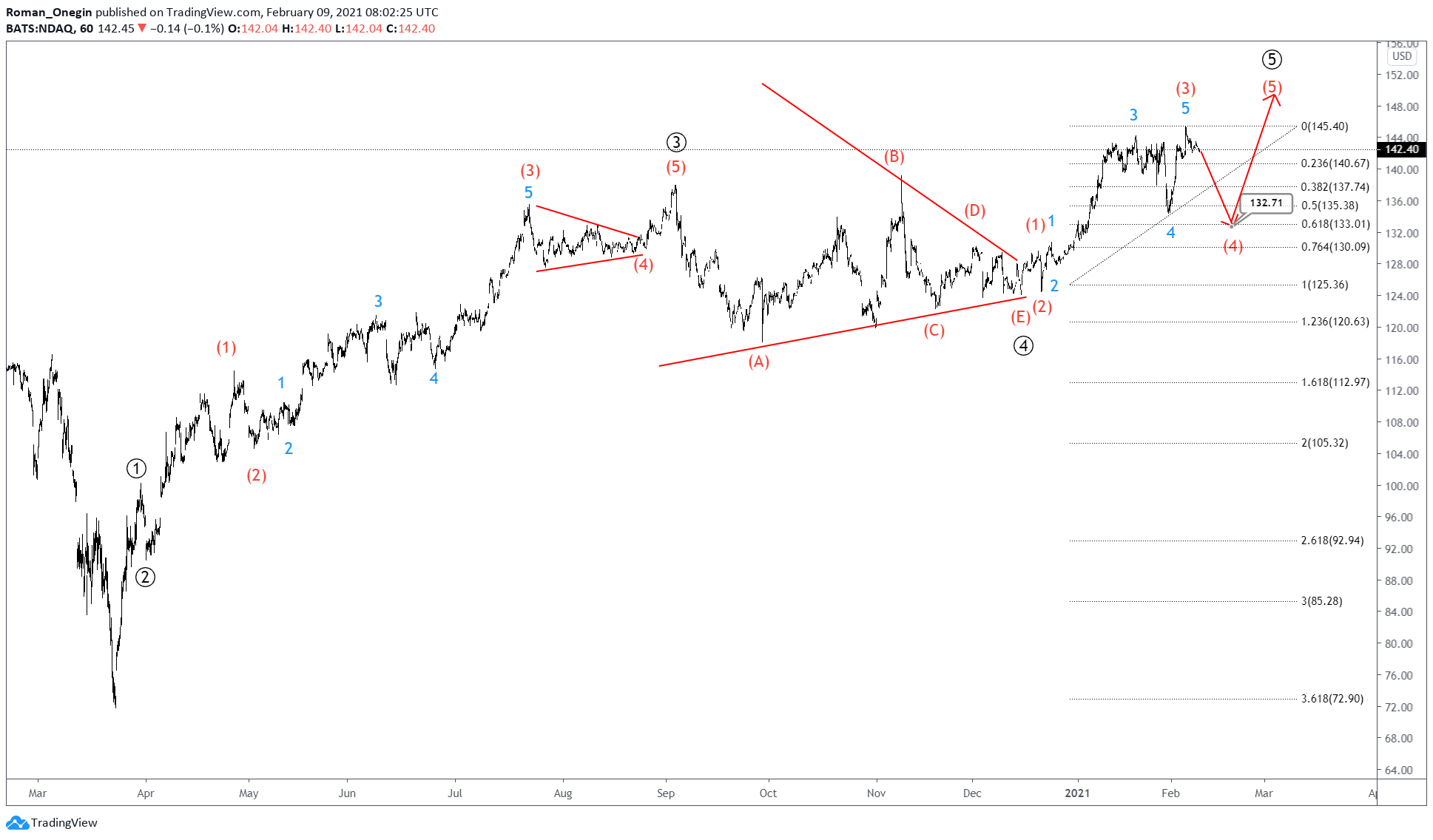 An alternative scenario suggests that we will see a delay in the completion of primary wave ⑤.

After reaching the said level, the market could rise in wave (5) above the maximum formed by the impulse (3).