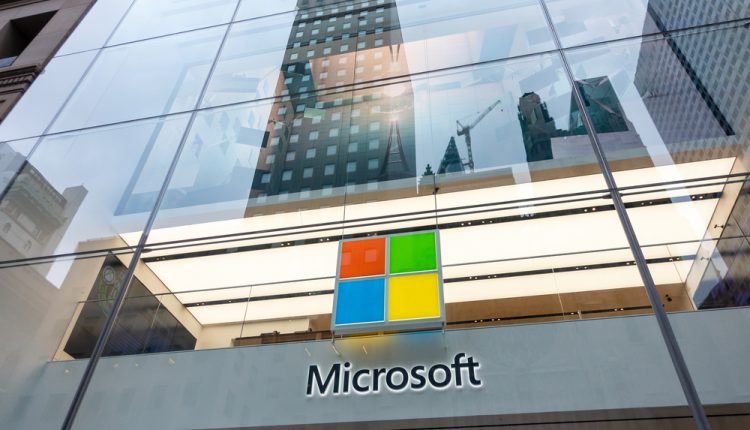 Shares in Microsoft are trading a little lower ahead of the US open on Tuesday. Following the recent breakout from 2021 lows, the company’s stock price has rallied from around the 216 level to recent highs of 245. Price is currently sitting around the 242 level though. On the back of a strong Q4 earnings release, the outlook looks positive for Microsoft.

Microsoft reported Q4 earnings per share of $2.03, beating Wall Street’s $1.64 estimate. Revenues were a little weaker than expected at $37.15 billion, versus the $35.72 Wall Street was looking for. However, they were still 12% higher year on year.

Looking at the breakdown of the data, Azure was once again the company’s fastest-growing business, seeing a 48% jump in revenues, following on from 47% growth in the prior quarter.

This was comfortably above the 44% Wall Street was looking for and suggests that the recent downward trend in growth has bottomed. Microsoft’s cloud business as a whole saw revenues of $12.99 billion. This is a 20% jump from the prior year, beating estimates for a $12.73 billion return.

Elsewhere, the company’s productivity and business processes segment saw revenues of $12.32 billion, an 11% beat on the $11.78 the market was looking for.

Additionally, Microsoft noted that its Teams daily user number has now climbed above 115 million from the 75 million seen at the end of Q1 2020, marking steady growth.

The company’s More Personal Computing segment saw revenues of $11.85 billion. This marked a 6% annual jump and also beats the $11.18 billion Wall Street was looking for. Looking ahead, Microsoft is looking for growth in the “high 20% range” following the release of new Xbox consoles towards the end of 2020.

However, there were some weaker spots in the release. Licensing revenues were seen lower by 5% over the quarter with licensing for commercial devices falling by 22% as a result of the lockdowns and restrictions which have dramatically altered the working environment for many companies.

The firm’s search advertising business also declined over the quarter, falling by 10% with Microsoft forecasting further declines over the current quarter.

Revenues from commercial PCs were also much lower, falling 22%, as a result of the pandemic with Microsoft again forecasting further difficulties in the current quarter and over this year as a whole. 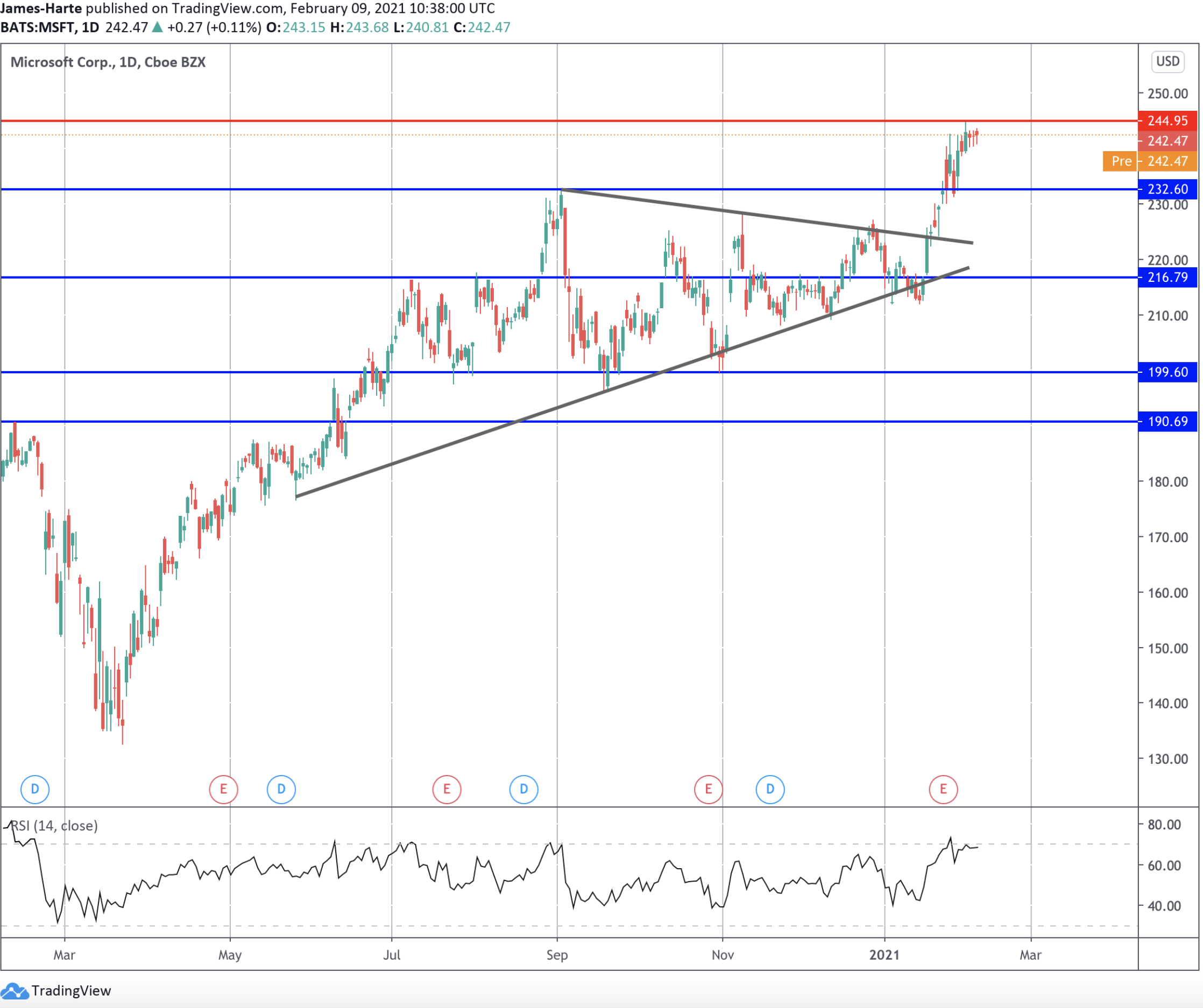 Microsoft shares have recently broken out of the contracting triangle pattern which had frame price action since Q3 2020. Price broke above the 232.60 former highs to trade new highs of 24.95 before reversing. While the former level holds as support, the bias remains bullish for now. Below there, the next support to note is down at 216.79.