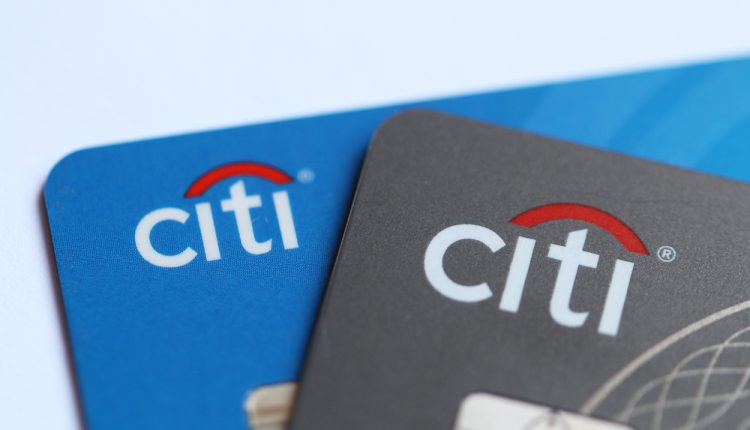 Shares in US bank Citigroup, the country’s third-largest bank by assets, are trading down ahead of the US open on Thursday.

The company’s stock price has seen plenty of volatility over 2021 so far. Citi started the year with a 16% rally, before giving back those gains and going into the red on the year only to then recover 13% over recent weeks.

A better than expected set of Q4 earnings helped stem the declines for Citi. The bank posted earnings per share of $2.08, beating Wall Street estimates for a $1.32 EPS. Revenues were a little lower than expected at $16.5 billion versus $16.7 billion forecast.

However, the company was keen to note that revenues were roughly unchanged on their 2019 performance. Outgoing CEO Mike Corbatt commented:

“As a sign of the strength and durability of our diversified franchise, our revenues were flat to 2019, despite the massive economic impact of COVID-19.”

Of note also in the release, was the fact that Citi released $1.5 billion in credit losses. The company had set the money aside as a buffer against projected losses linked to the pandemic. To this build in perspective, Citi had built up reserves of $436 million in Q3 and a year earlier, had just $253 million in reserve.

This week, Citi has been in the news over the erroneous funds transfer made last year. Citi, acting on behalf of its client Revlon, which had gone into bankruptcy, was supposed to transfer $7.8 million in interest payments to Revlon’s creditors.

However, due to an error, the bank ended up transferring $900 million to its lenders, paying off all of the company’s debts. Citi swiftly addressed the error and petitioned the creditors to return the money.

While some of the creditors accepted the mistake and returned the funds, some refused and held onto the money. Citi consequently pursued legal action against these entities to secure the return of around $500 million.

However, in a ruling made this week, a judge turned down Citi’s claim. They ruled that the entities (10 firms including Brigade Capital Management and Allstate Investment) could keep the money. Citi has said that it will pursue an appeal against the ruling. 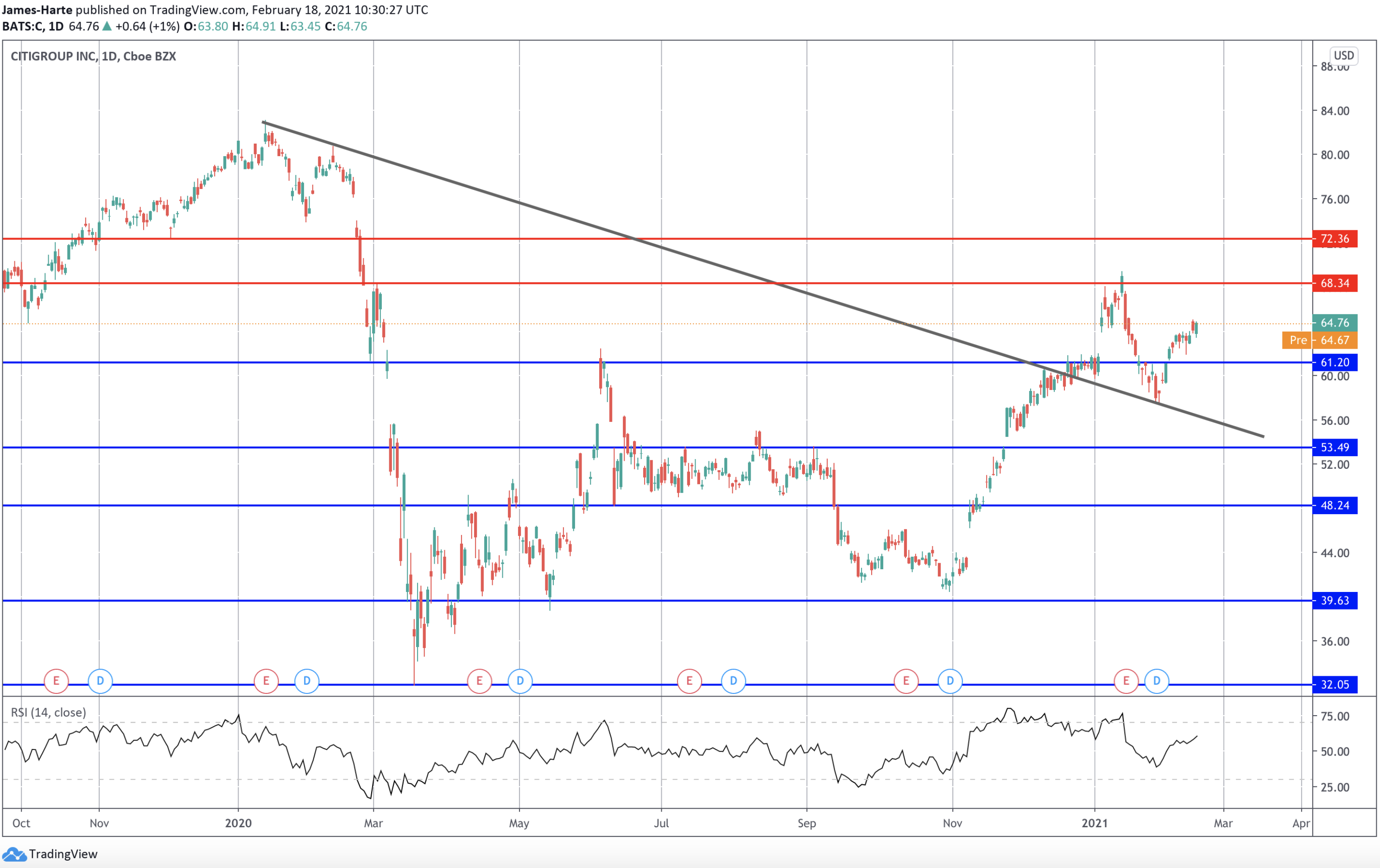 Following the breakout above the breakout above the bearish trend line from 2020 highs, Citi shares found firm selling interest into the 68.34 level. However, the subsequent correction only ran as deep as the retest of the broken trend line, which has since turned price back above the 61.20 level. While above here, the focus is on further upside. A break above the 68.34 level, with 72.36 the next resistance is on the radar for bulls.