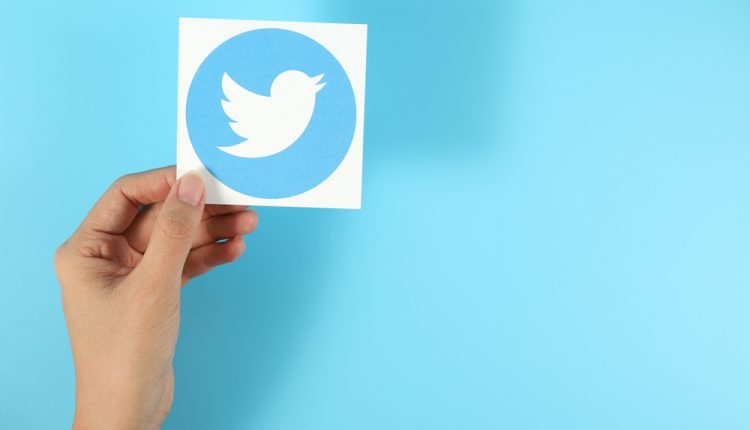 Shares in US social media giant Twitter are trading at fresh highs ahead of the US open on Wednesday. The company’s stock price has been on an explosive rally off the 2021 lows printed in early January with shares recovering from lows around 45 to current highs above 61.

However, there was some disappointment with the company’s monetizable daily active user number printing 192 million versus 193.5 million expected. This was still a 5 million rise on the prior quarter and a 26.3% increase on the same quarter a year prior.

Notably, this was Twitter’s first earnings release following its decision to ban Donald Trump. The platform came under a great deal of scrutiny over the decision, which is likely reflected in the lower active user number for the quarter.

However, Twitter CEO Jack Dorsey was keen to downplay the issue saying, “we’re a platform that is obviously much larger than any one topic or any one account”.

Expanding on this, Dorsey went on to say that over 80% of the platform’s audience is based outside of the US with over 6000 topics available to be followed.

“We have a global service. We are also not just dependent upon just news and politics being what drives Twitter. This is why I believe being able to follow topics and interests is so critical and so important.”

Looking at the rest of the earnings release, Twitter reported that its ad revenue grew by 31% year on year to $1.15 billion. Total ad engagement was seen higher by 35% over the quarter.

Looking ahead, Twitter projects revenue to grow above its expenses in 2021 as the pandemic eases. Indeed, this forecast comes despite the firm acknowledging expectations of “modest impact” from Apple’s upcoming privacy changes. 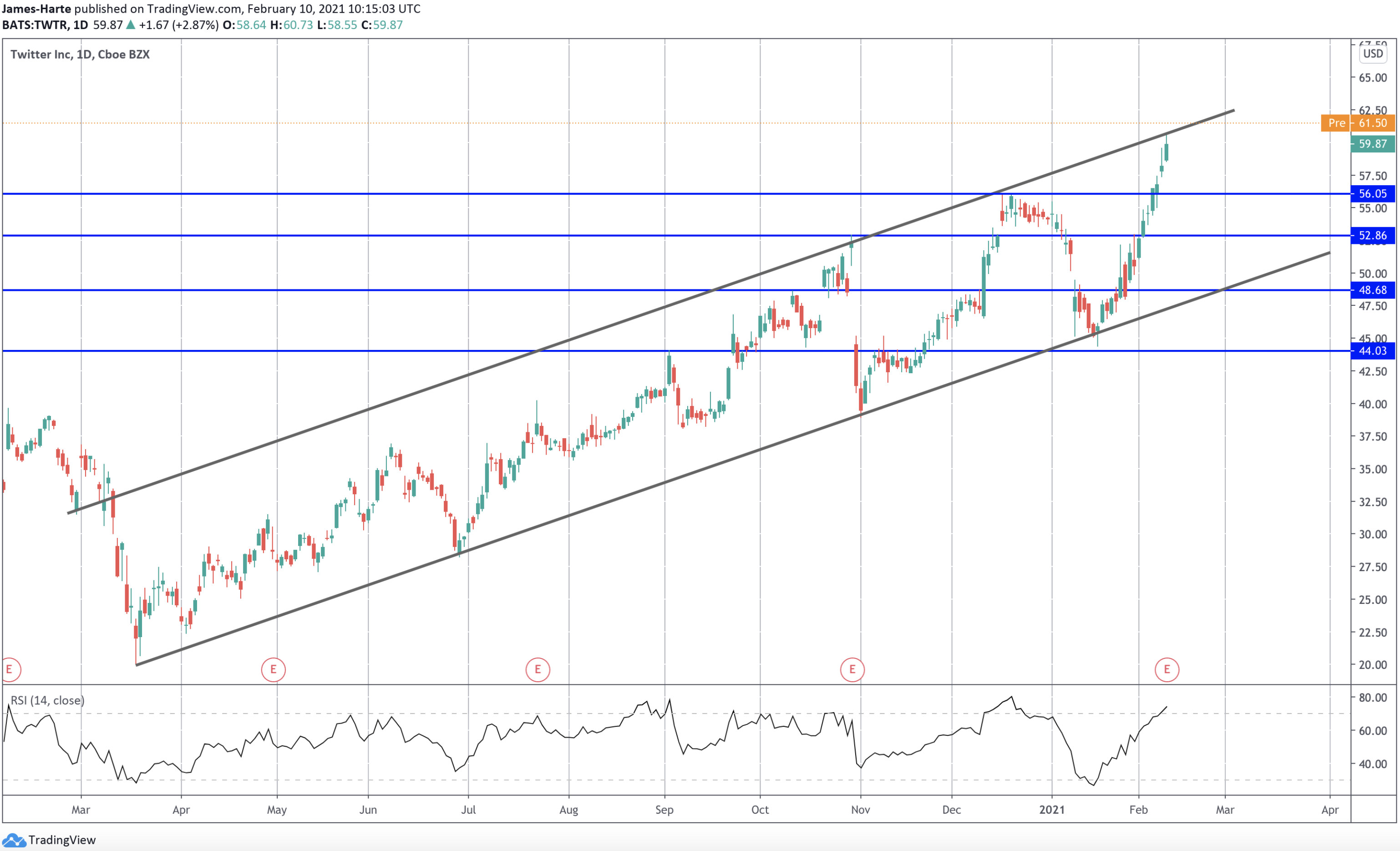 Twitter shares are currently testing the top of the bullish channel running from last year’s lows. Price has recently broken out above the 56.05 level and while above here, the bias remains bullish. Should price correct below that level, the next support to monitor is at the 52.86 level. Below there, the 48.68 level is the main support, with the rising channel low coming in around there also.