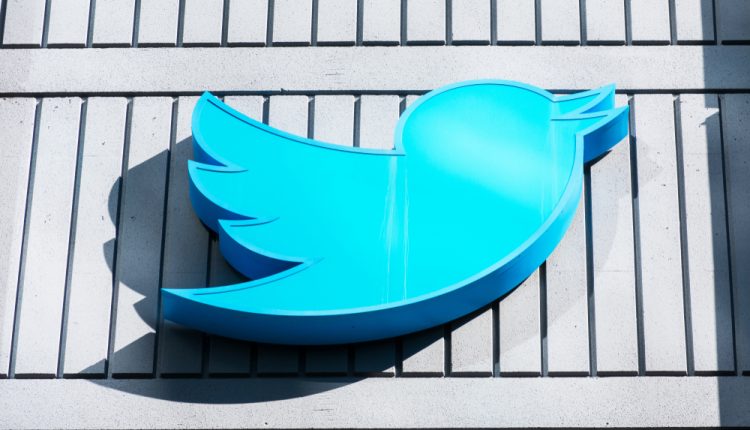 Shares in US social media giant Twitter are trading lower pre-market on Thursday as the company’s stock price continues to correct lower from the recent highs posted above 55 where it ran into a long-term resistance level.

Twitter’s stock is currently trading back down around the 47 handle. Though, so far, the correction has been shallower than that seen in October in response to weak Q3 earnings.

Twitter has been under a great deal of scrutiny over recent months over its decision to censor president Trump’s posts during the course of the Black Lives Matter protests. This spanned the second half of 2020 as well as the course of the US elections.

Twitter took the move of censoring Trump’s posts based on their judgment that some of his content was either harmful or not grounded in fact. Recently, the social media firm’s censorship of Trump came to a head when Twitter decided to ban Trump from its platform following his comments made during and shortly after the Capitol Hill violence last week.

Pro-Trump mobs stormed Capitol Hill and broke into the Senate in a day of violence which left five people dead. Trump has been accused of inciting the violence and failing (initially) to condemn the riots. Twitter, as well as many other social media platforms, acted in unison to remove Trump permanently from their platforms.

However, the decision has been a costly one with data this week showing that Twitter’s market value has dropped by over $3 billion in the wake of the move. Despite Twitter citing the risk of Trump inciting further violence if allowed to continue using the platform, it seems that investors are showing opposition to the move given the current sell-off taking place.

Looking ahead, Twitter is due to report Q4 2020 earnings on February 8th. Wall Street is looking for earnings per share of $0.29.

In Q3, Twitter reported earnings per share of $0.04, below the $0.06 projected. This marked a 5ifth consecutive quarter of underperformance from Twitter. Despite the difficulties, the company’s stock price is now trading back above the 2019 highs. 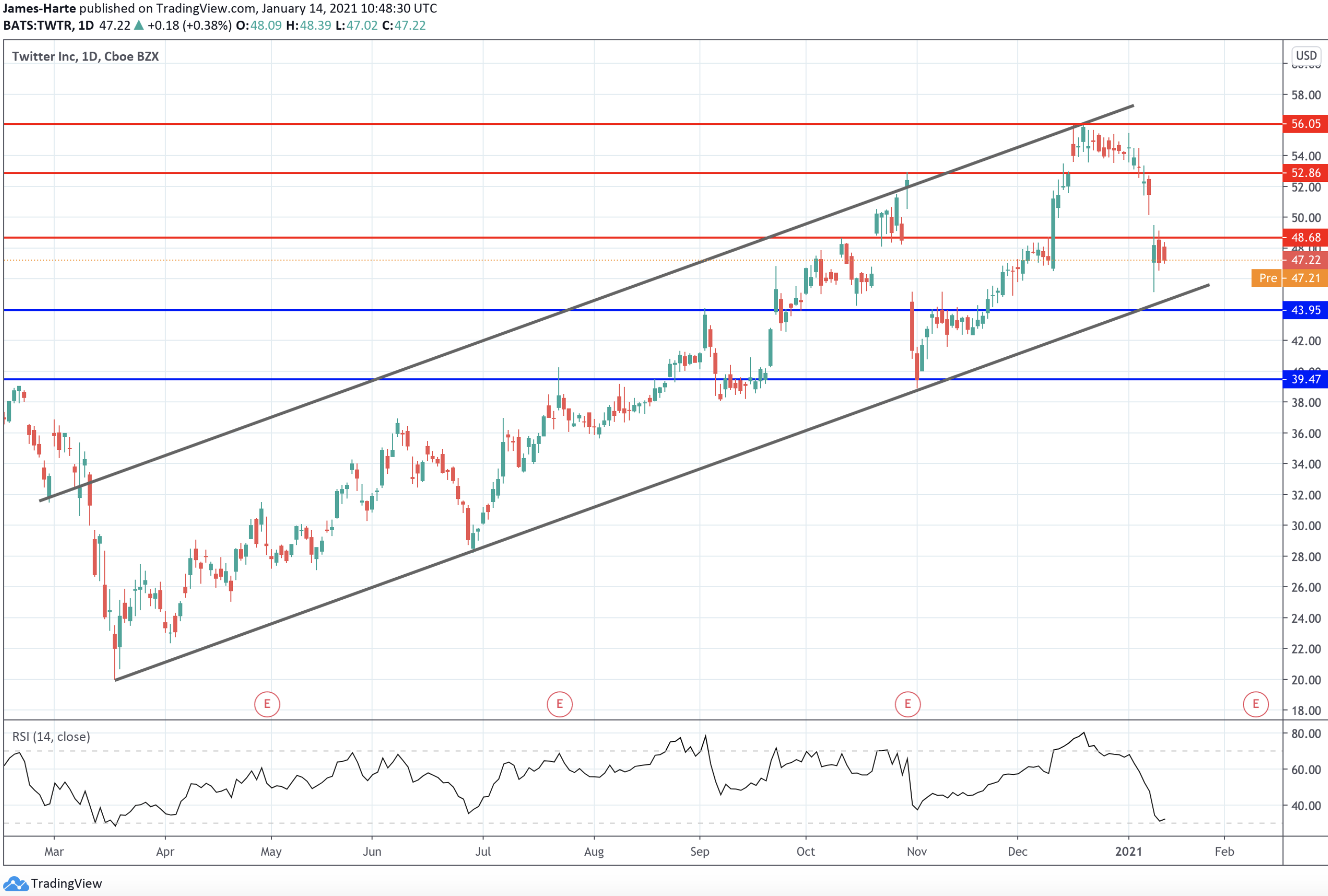 Twitter shares have corrected deeply within the bullish channel that has framed the recovery off 2020 lows. Price has broken below several key levels and is currently holding just above the 43.95 level support, with the rising channel low coming in just ahead. While price holds above here, the bias is still for continued upside.