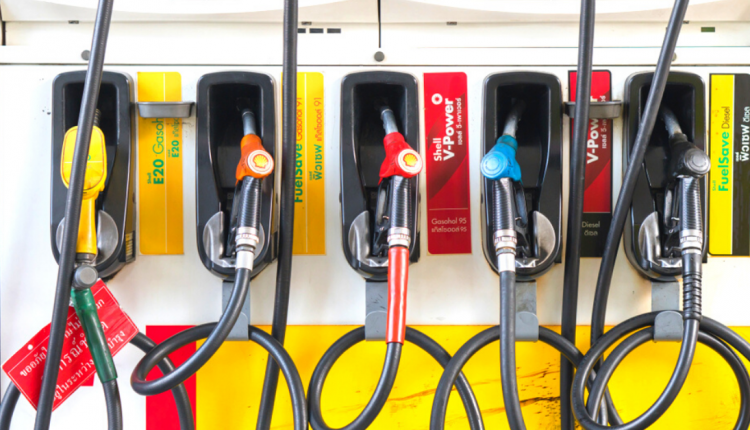 Shares in British-Dutch oil driller Shell are trading a little lower ahead of the US open on Wednesday. The company’s shares had been enjoying a firm rally over recent months with price trading higher by 81% off the mid 11 November lows to highs of mid 20s in January.

Following the correction from highs, Shell found support on approach of the 16.9638 level. However, the upside move has been capped so far by the 19.8350 resistance.

Shell recent reported a much weaker than expected set of Q4 earnings with an EPS of -$0.53, well below the $0.07 Wall Street was looking for.

Despite the worse than expected earnings report, Shell has seen better investor sentiment over the last couple of weeks following the announcement that it is targeting zero emission from both itself and its customers by 2050.

As part of this new strategy, Shell will be refocusing on renewables, biofuels and hydrogen businesses. This is part of its longer-term strategy to move away from oil and gas and into renewable energy.

Shell’s public target setting has distinguished it from other big energy firms which have yet to make any similar declarations and come in response to increasing pressure from investors and the public as a whole to become more green.

“We want to be a leading power player, and the focus will be very much on selling clean power. Will we be producing the electrons ourselves? No. But a major player in power we will be.”

Looking ahead, Shell will be placing a big focus on its hydrogen sales. Van Buerden highlighted that the “growth potential is huge.”

Shell is aiming to ramp up its hydrogen sales on forecourts to cater for the projected increase in demand from hydrogen fuelled cars.

The company is aiming to increase the number of electric vehicle charging points it provides from the current 60,000 to 500,000 by 2025 with a target of doubling its renewable energy sales. 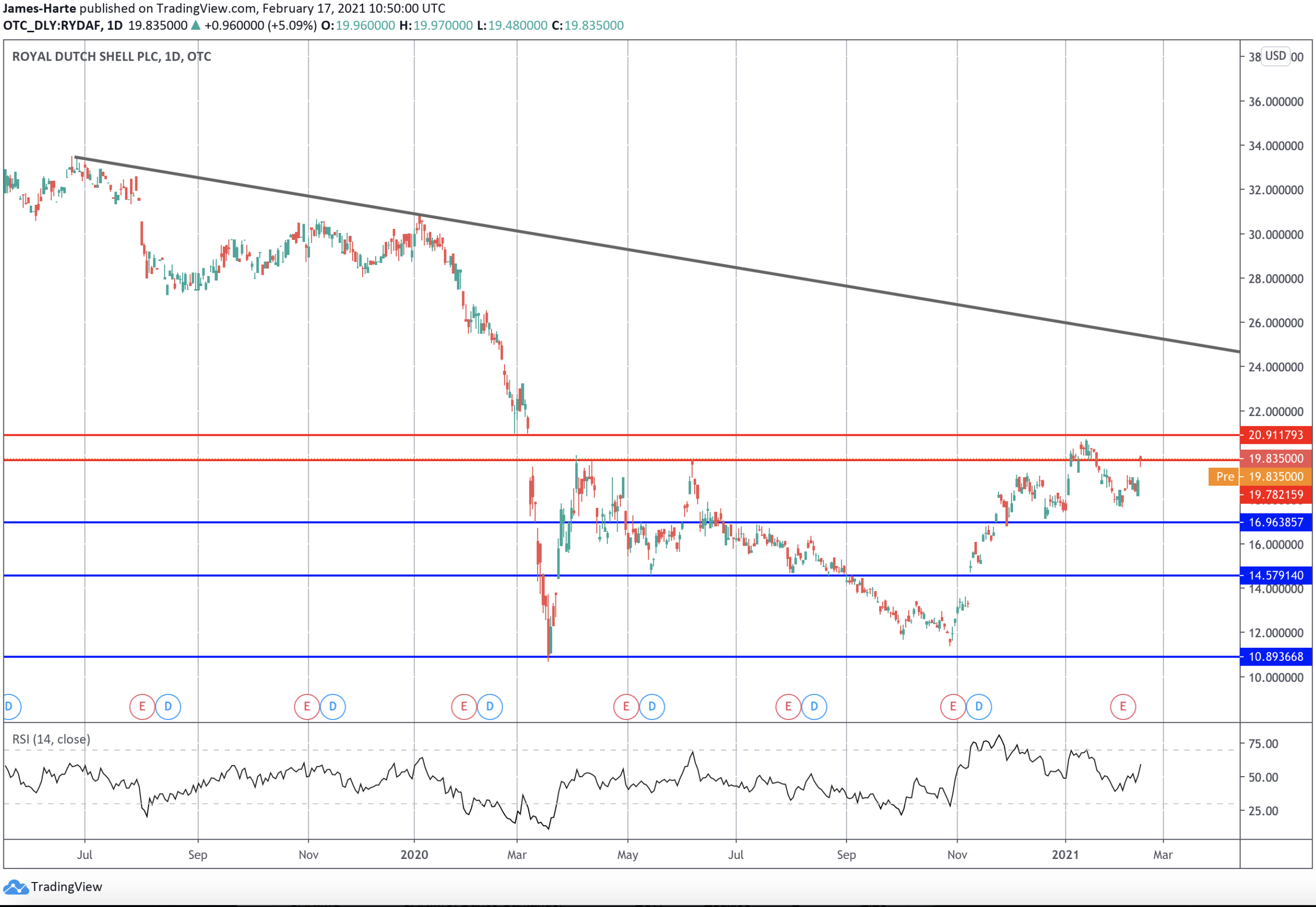 Shares in Shell remain capped by the 19.8350 level for now. This has been a tough level for the market to break over the last year.

However, while the 16.9638 level holds as support, the focus is on further upside and bulls will be looking to take price above both the 19.8350 and 209117 levels next top challenge the long term bearish trend line.

Euro Weakens to a Seven-Day Low