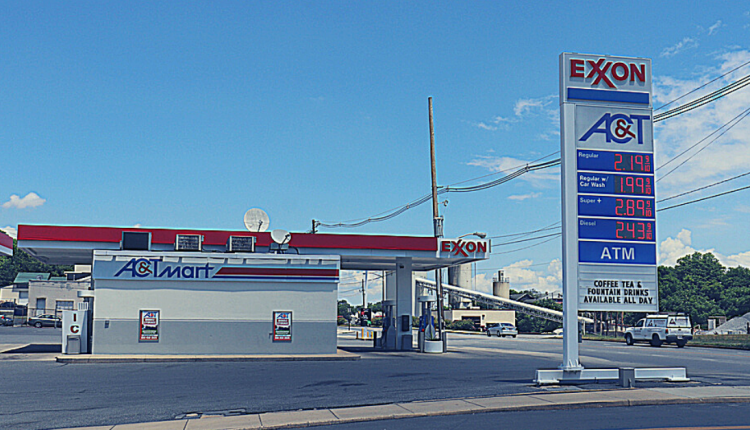 Shares in Exxon Mobil are trading a little higher pre-market following a strong rally yesterday. This saw the stock climb just under 4% higher, adding to the gains seen over the course of the more than 40% rally off the October lows.

This week, Exxon published the full extent of its emissions for the first time in the company’s history. As a response to increasing pressure from shareholders, who are calling for a greener approach, Exoon published its emissions data on customer use of its fuel and other products.

Exxon Gives In To Investor Pressure

Exxon’s decision to publish its emissions data comes on the back of growing calls from shareholders and also similar moves from its rivals.

However, the company was keen to make clear that the data “do not provide meaningful insight into the company’s emission-reduction performance and could be misleading in some respects.”

Other firms such as Shell and BP are targeting a reduction in scope 3 emissions, which relates to customer usage. On the other hand, Exxon has typically preferred to focus on scope 1 and 2 emissions. These relate to emissions from its own operations.

Q4 Earnings Due End of Jan

Exxon is next due to report earnings on January 29th for Q4. It has already said that while it expects higher oil and gas prices over q4 to boost its earnings, it is looking to write down between $18 billion and $20 billion in upstream assets.

Exxon also notes that it expects its chemical margins to improve to $400 million from $200 million in Q3. Downstream margins are expected to range between minus-$100 million and $100 million. 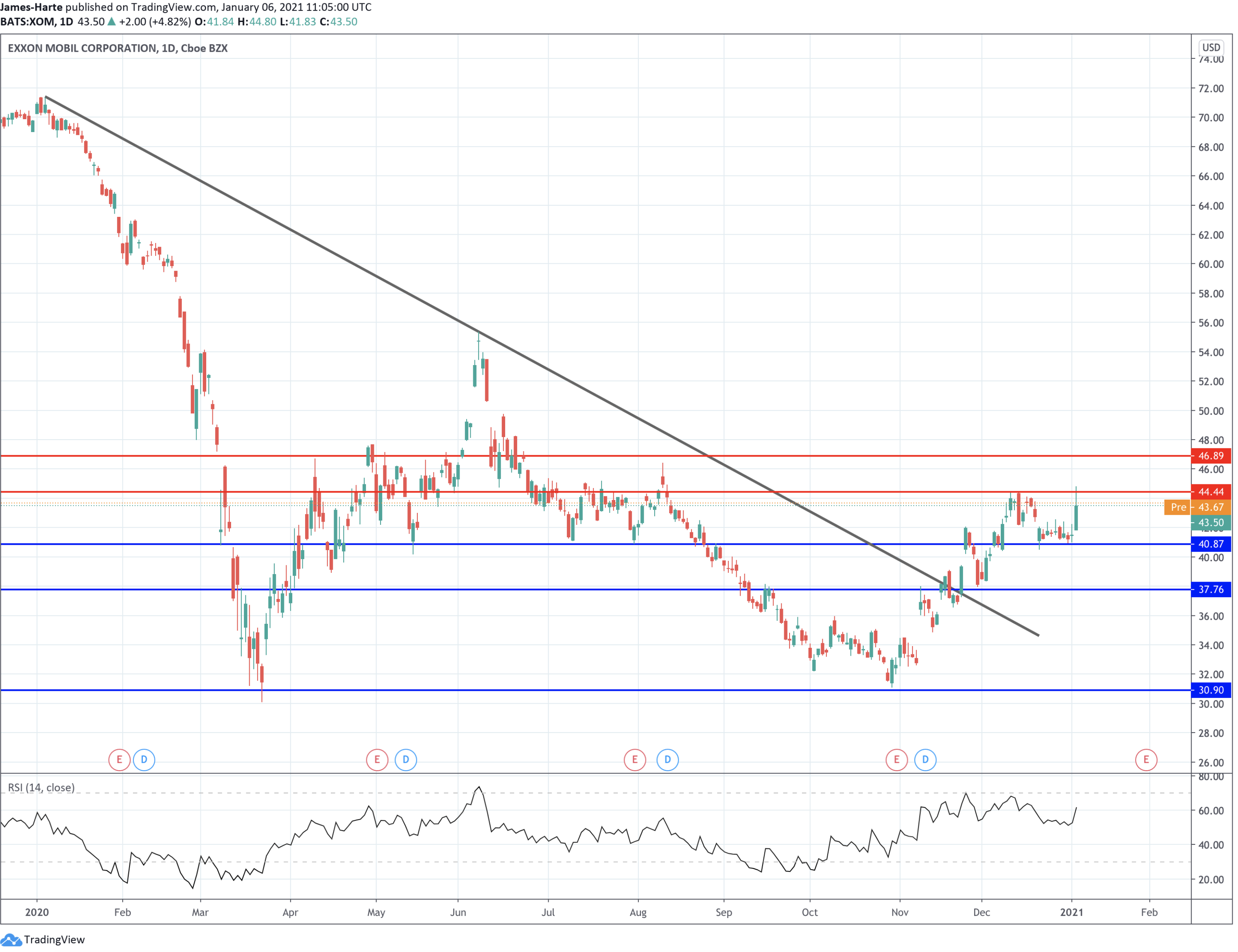 Shares in Exxon are continuing to break out above the bearish trend line from 2020 highs. Price has recently broken above the 40.87 level but remains capped so far by the 44.44 level. While price continues to find support at the 40.87 level, the focus is on a break higher. The 46.89 level is the next target.

To the downside, should price correct lower and break beneath the 40.87 level, the next support to watch is down at the 37.76 level.