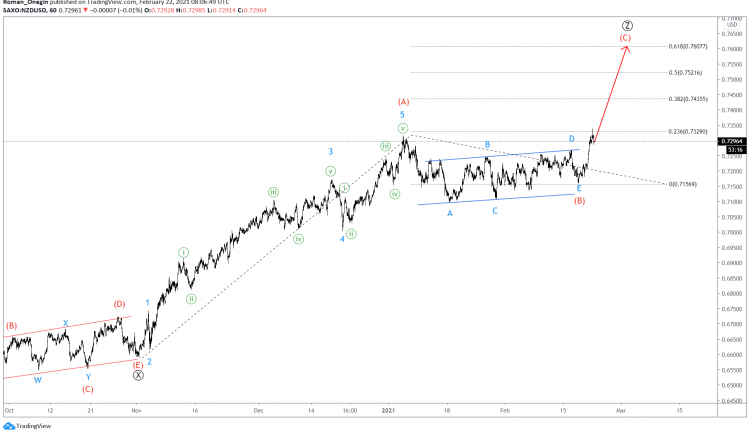 The current NZDUSD formation hints at the construction of a triple zigzag of the primary degree.

The bullish wave Ⓩ takes the form of a standard (A)-(B)-(C) zigzag. With the completed triangular correction wave (B) of the intermediate degree, impulse in the final wave (C) is likely. 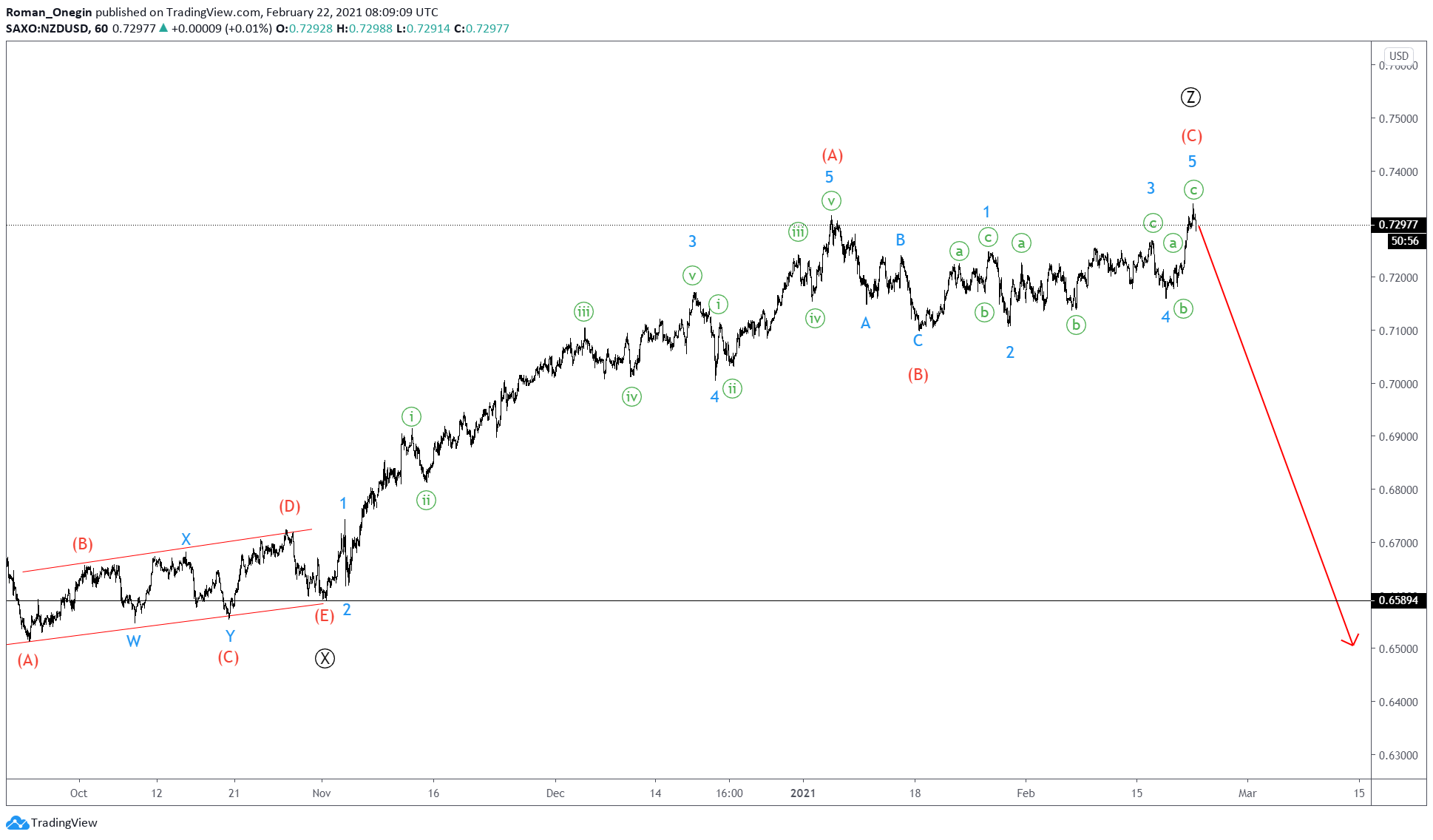 An alternative scenario shows that the primary wave Ⓩ has ended.

Wave (A) is an impulse, the bearish correction (B) is a simple minor zigzag, and the intermediate wave (C) is the ending diagonal.

The end of the fourth wave has gone beyond the end of the first wave, therefore we are currently in the initial part of a new bearish trend.

In the medium term, we could see a decline below the previous low.

The Week Ahead: Risk Play