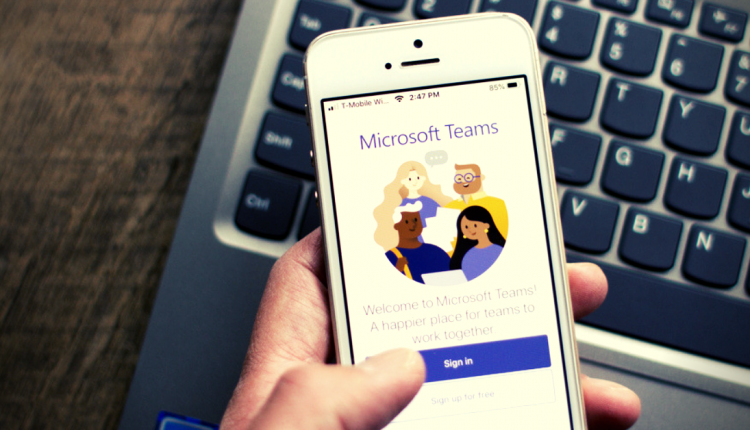 Shares in US technology company Microsoft are trading a little over 1% higher pre-market on Thursday.

The company has suffered a disappointing fall in its share price. This is despite reporting a better-than-expected set of third-quarter earnings this week.

The sell-off has come amidst the broad, risk-off tone that has swept across markets this week. It also comes as a result of the weaker Q4 guidance offered by Microsoft.

In Q3, the company reported earnings per share of $1.82, beating estimates of a $1.54 result. Additionally, revenues came in at $37.15 billion over the quarter, comfortably beating estimates for a $35.72 billion result.

Looking at the breakdown of the data, the Azure cloud business was once again a big winner for Microsoft.

It noted a revenue growth of 48% over the quarter, beating the 47% result from the prior quarter. It also surpassed analyst expectations of a 44% growth rate.

The company’s overall cloud segment, of which Azure is a part, was up 20% year on year

It contributed $12.99 billion to overall revenues, beating estimates for a $12.73 billion result.

The firm’s productivity and business processes segment, which includes brands such as Office and LinkedIn, saw revenues of $12.32 billion, marking an 11% increase year on year.

Notably, CEO Satya Nadella was keen to point out that Microsoft Teams now has 115 million registered daily users, up from 75 million in April.

Revenue from the group’s More Personal Computing section, which includes Xbox and search advertising, rose 6% year on year to $11.85 billion. This beat estimates of a $11.18 billion result.

In terms of gaming consoles, revenues from this sub-sector rose by 20% year on year, marking firm and sequential gains for this revenue stream.

Weak Guidance For Next Quarter

Despite the positive results, looking ahead Microsoft offered weaker than expected guidance.

For the next quarter, Microsoft Amy Hood projected revenues in the $39.5 billion to $40.4 billion range. The middle of that range is $39.95, which was below the $40.43 estimate Wall Street had concluded.

This forecast has weakened sentiment, especially given the concerns around broader economic growth over the next quarter as the COVID second wave develops further. 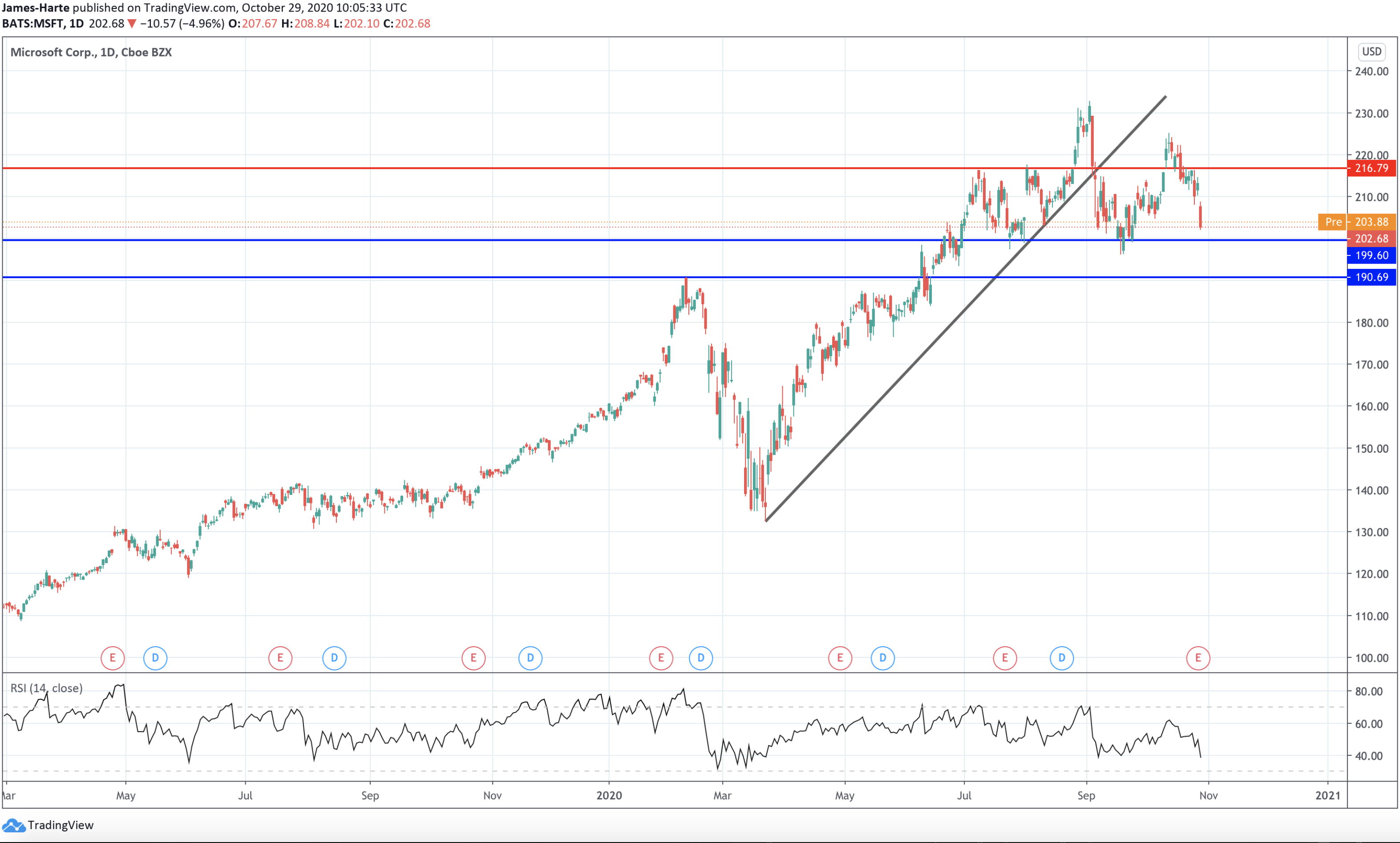 The sell-off in Microsoft shares has seen the market extending losses following the reversal back below the 216.79 level.

The bearish divergence on the move to recent highs suggests the risk of a deeper reversal here which traders should be aware of.