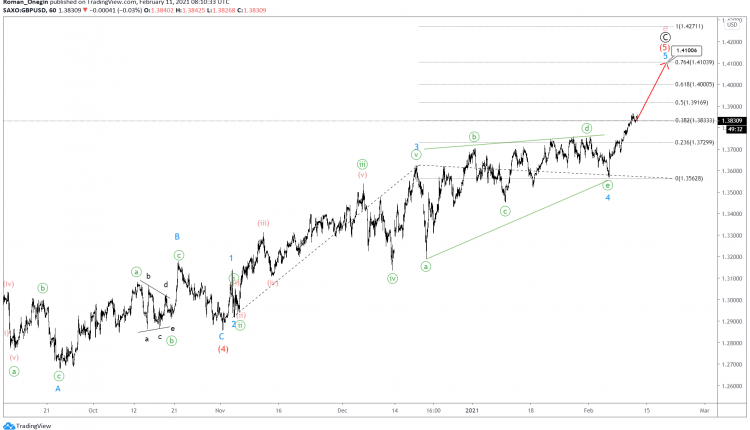 The GBPUSD global wave e which is part of a cycle triangle, consists of an Ⓐ-Ⓑ-Ⓒ zigzag.

Currently, impulse wave Ⓒ of the primary degree has begun, as part of the fifth wave of the intermediate degree.

Minor correction wave 4 has ended, which took the form of a skewed triangle. 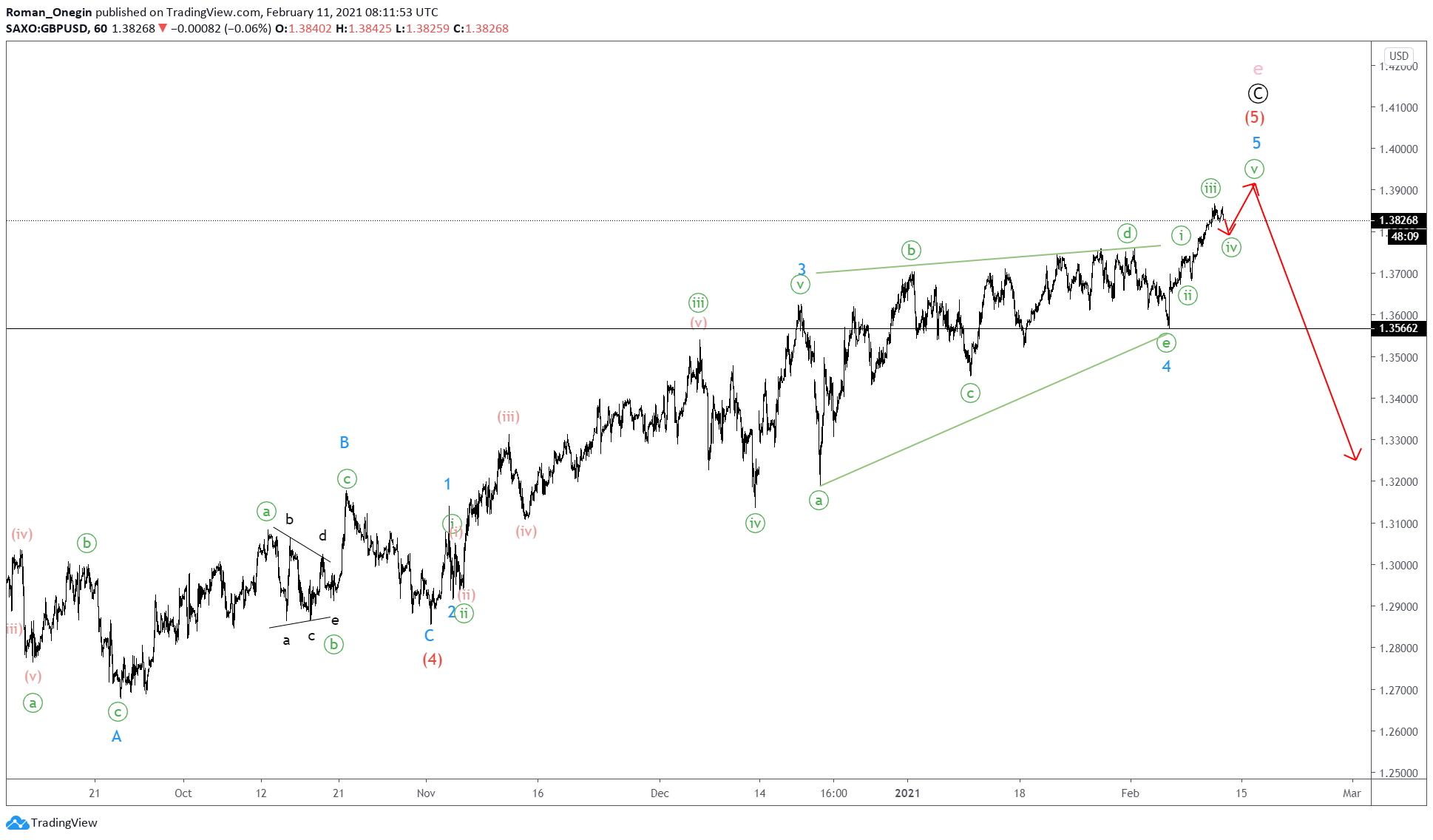 An alternative scenario suggests wave e will complete much earlier than in the main version.

It is possible that the minor impulse wave 5 has not yet fully completed. Therefore, a small pullback in the 4th minute degree correction is expected in the short term.

In the medium term, the formation of a new bearish trend is likely. With it, a decline in the price below the minimum formed by the minor correction 4 below 1.356.