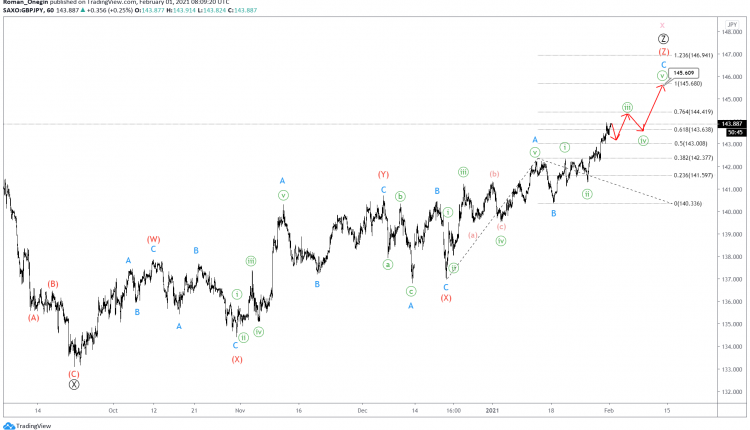 The GBPJPY pair currently shows a bullish intervening wave X of a cycle degree. This takes the form of a triple Ⓦ-Ⓧ-Ⓨ-Ⓧ-Ⓩ zigzag of the primary degree.

The first four sub-waves are already fully complete, whereas the final actionary sub-wave Ⓩ is still under development.

Wave Ⓩ also has the structure of a triple combination. At the moment the final impulsive wave C is formed in the intermediate zigzag (Z).

In the near future, we could see the construction of minute sub-waves iii, iv, and v to the level of 145.60. At that level, minor impulses A and C will be equal. 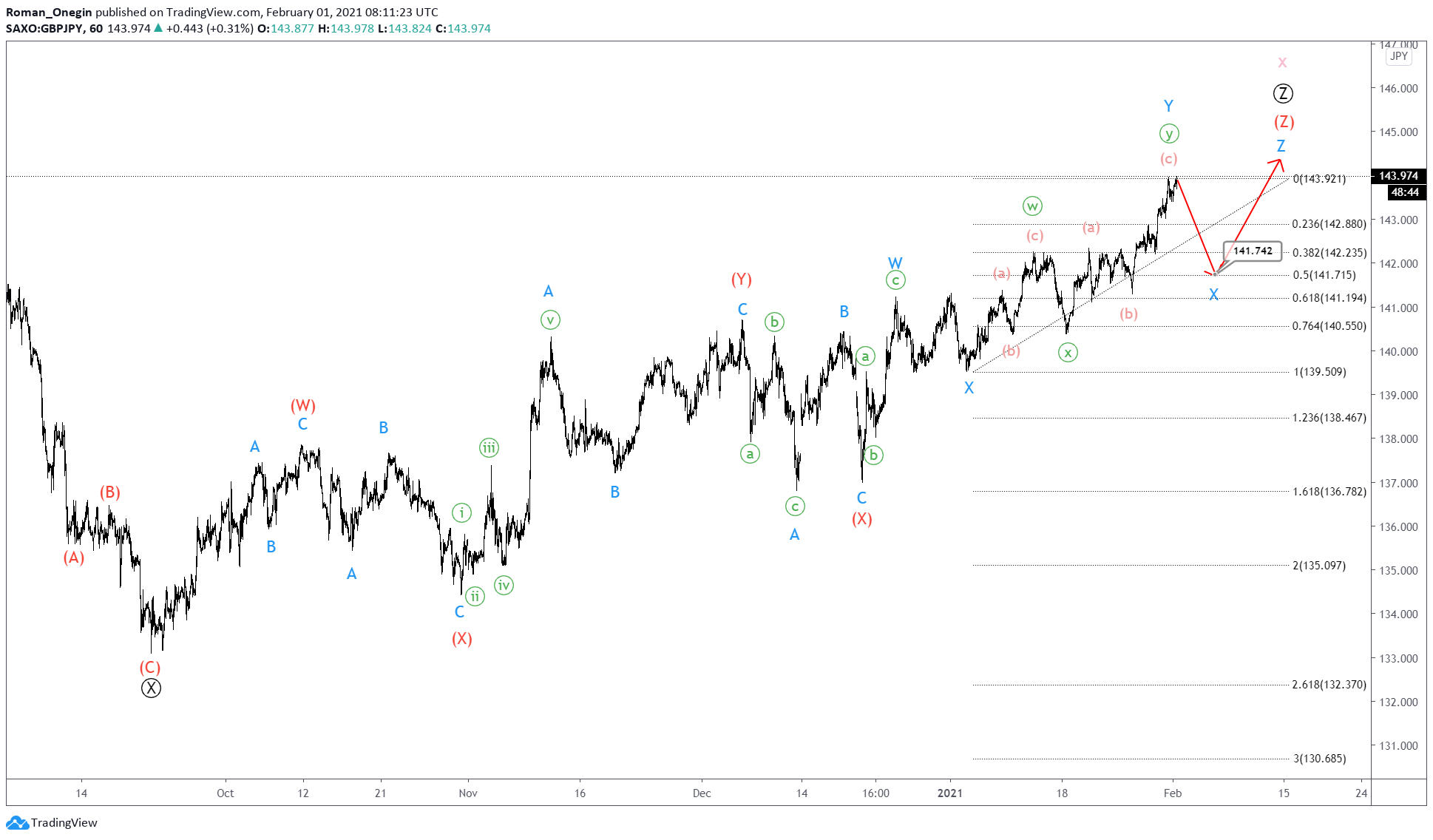 An alternative scenario assumes that the intermediate wave (Z) has a more complex formation.

Here, the wave (Z) is a triple zigzag, just like the main trend.

It is likely that the actionary wave Y has come to an end, with prices declining within the intervening wave X to the 141.74 area.

The Week Ahead: Short Straw