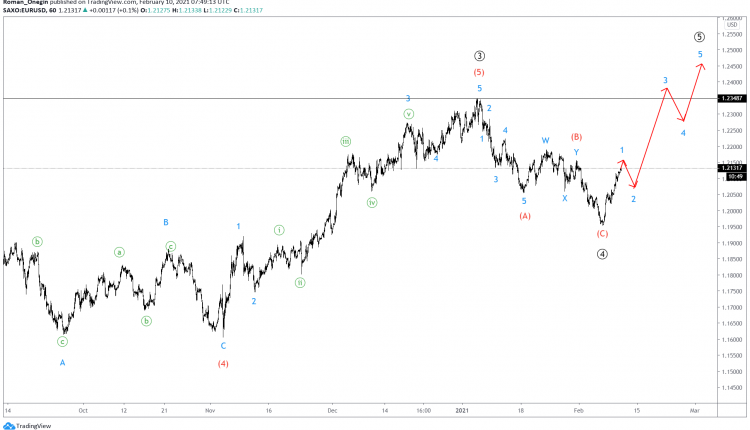 EURUSD seems to be forming a major primary bullish impulse.

The bearish correction wave ④ has recently completed, which formed a zigzag consisting of sub-waves (A)-(B)-(C).

In the short term, the primary wave ⑤ could reach the previous high marked by the impulse ③, above 1.234. 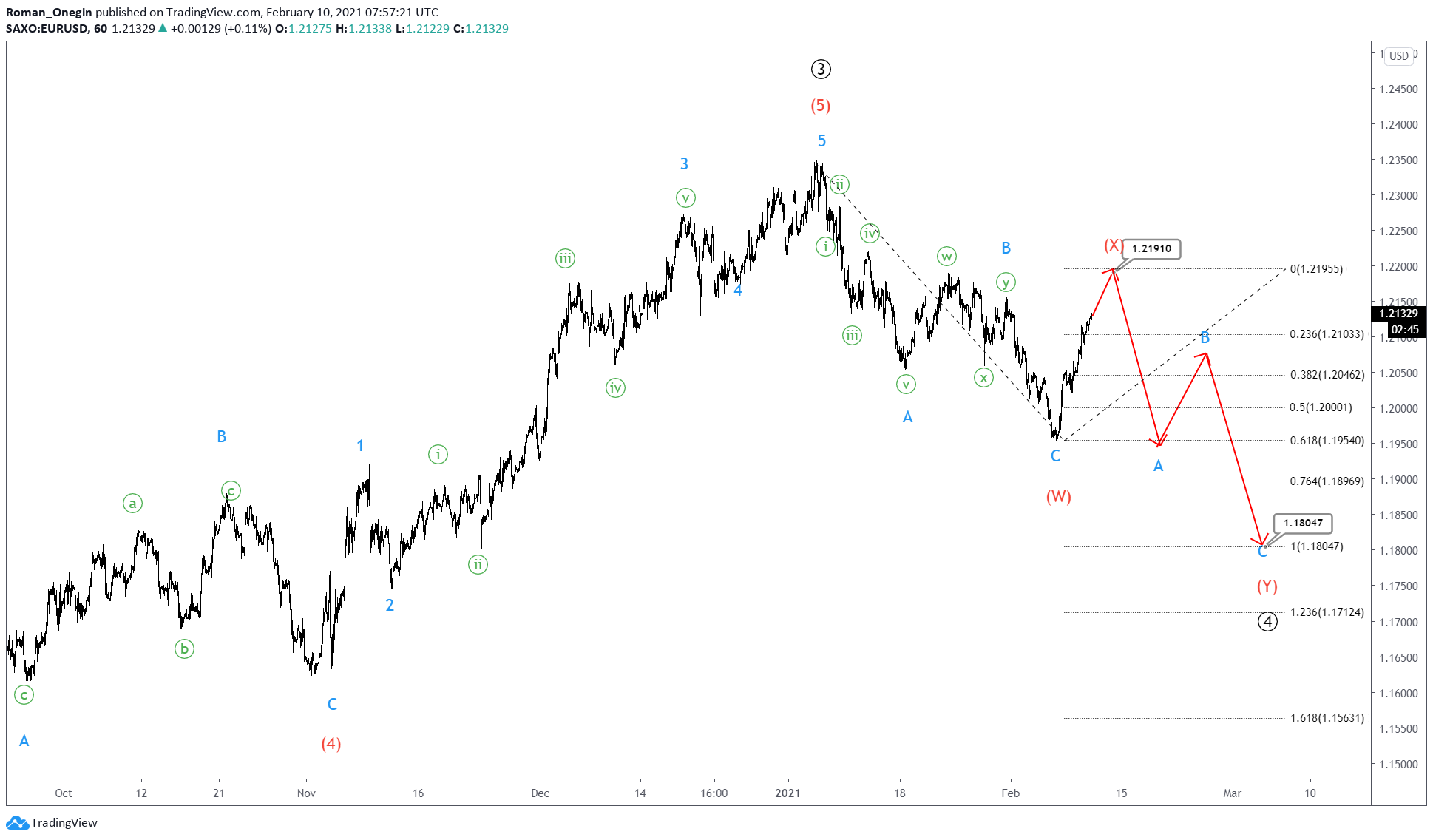 However, an alternative scenario indicates an incomplete wave ④.

Its formation hints at a double (W)-(X)-(Y) zigzag, where the first sub-wave (W) has already ended.

After the completion of wave (X), we can expect wave (Y) as a standard zigzag.

Finally, zigzag (Y) could lead prices lower to 1.180. The target would respect the tenancy of intermediate sub-waves (W) and (Y) being equal.

UK Remains Ahead in Vaccine Rollout