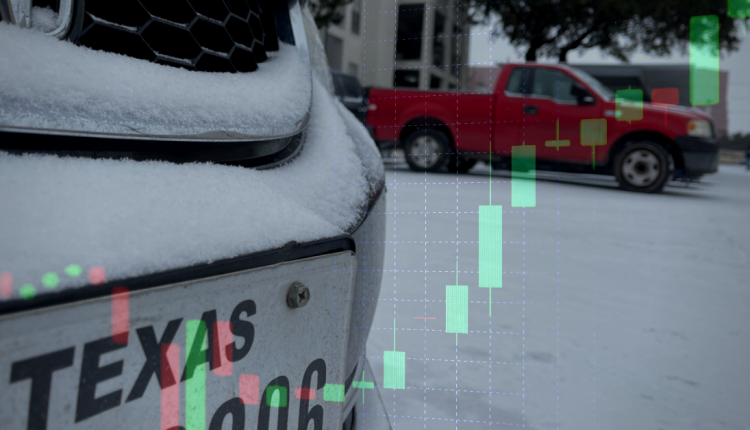 The price of WTI appears to have peaked in the middle of the week, as the weather conditions in Texas are improving.

This, despite many refineries still shuttered in the region after the once-in-a-century cold front devastated the area.

Although most of the media attention has been on the electrical grid, all sorts of production facilities have been forced to shut down. This includes manufacturers of desperately needed semiconductor chips.

For the price of oil, what matters is that many of the producers in the Permian Basin had to shut as a combination of the materials were not rated for the exceptionally cold temperatures

In a somewhat ironic twist, the most common crude pumping system in Texas uses electricity to extract oil.

The demand and supply problem

Not surprisingly, with domestic production and access to the major refining ports restricted due to bad weather and potential loss of electricity, oil supplies have dwindled.

But, as electricity is restored, expectations are for production to ramp up. Now, will the price go down? And, if so, how much?

Traders had anticipated that there would be supply problems in Texas even before the first reports of generation failures.

On Friday, the WTI spot price climbed nearly two dollars or about half of the total move. Of course, some of that is likely to be speculation. And there could be a short-term selloff as the situation in Texas normalizes.

The bump in prices notwithstanding, crude has been on the rise all year due to other factors.

As the economy reopens, presumably, people will start traveling. However, mobility trackers suggest that, so far, there hasn’t been a major change in people’s travel habits.

Retail and recreational travel is down 23% compared to last year. And it hasn’t increased since the start of the year. So, if this is going to be a factor, it still hasn’t affected fuel demand, yet.

On the other hand, the Fed’s pledge to keep interest rates low despite concerns over inflation having an important role to play.  There’s also, the potential of the $1.9T relief package to consider.

On the one hand, analysts expect the relief spending to spurr consumer demand. But that’s not likely to affect the world crude price. On the other, higher inflation means that the dollar is worth less. Therefore, things priced in dollars (i.e. crude) would rise.

Geopolitical is where it’s at

While the US remains the largest consumer of crude, China is by far the largest buyer on the international market.

And recently, they had to worry about a supply disruption due to an explosion affecting the pipeline from Iran, with whom they have a hedged contract.

The sudden drop in crude prices last year was due to competition for market share. The pandemic put that debate on hold, but didn’t resolve it fully.

Inflation might slowly push the price of crude higher. However, there is always the latent potential of OPEC suppliers trying to grab more market share.

With many countries depending on oil income seeing their reserves depleted during the pandemic, they might be more interested in gaining more revenue.