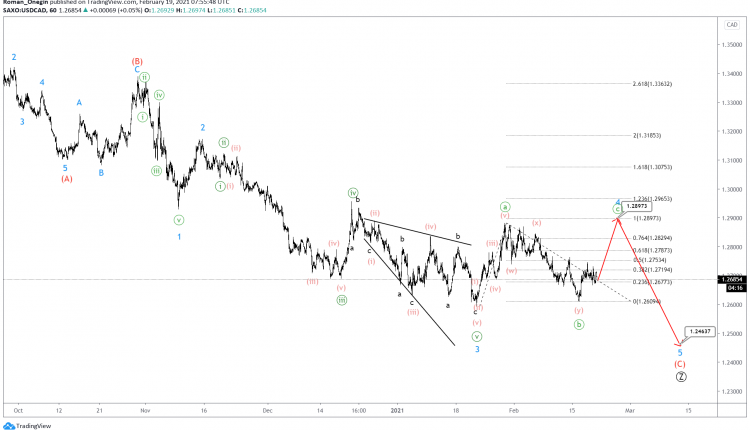 The current USDCAD structure hints at the formation of a large triple Ⓦ-Ⓧ-Ⓨ-Ⓧ-Ⓩ zigzag.

The bearish wave Ⓩ forms an intermediate (A)-(B)-(C) zigzag. Impulse wave (A) and the bullish zigzag correction (B) are have ended, whereas impulse wave (C) is under development.

Currently, the price is rising in corrective wave 4. A bearish double zigzag could have formed the correction ⓑ.

In the near future, a rise in the minute impulse ⓒ is likely to reach the level of 1.289. At that level, minute impulses ⓐ and ⓒ will be equal. 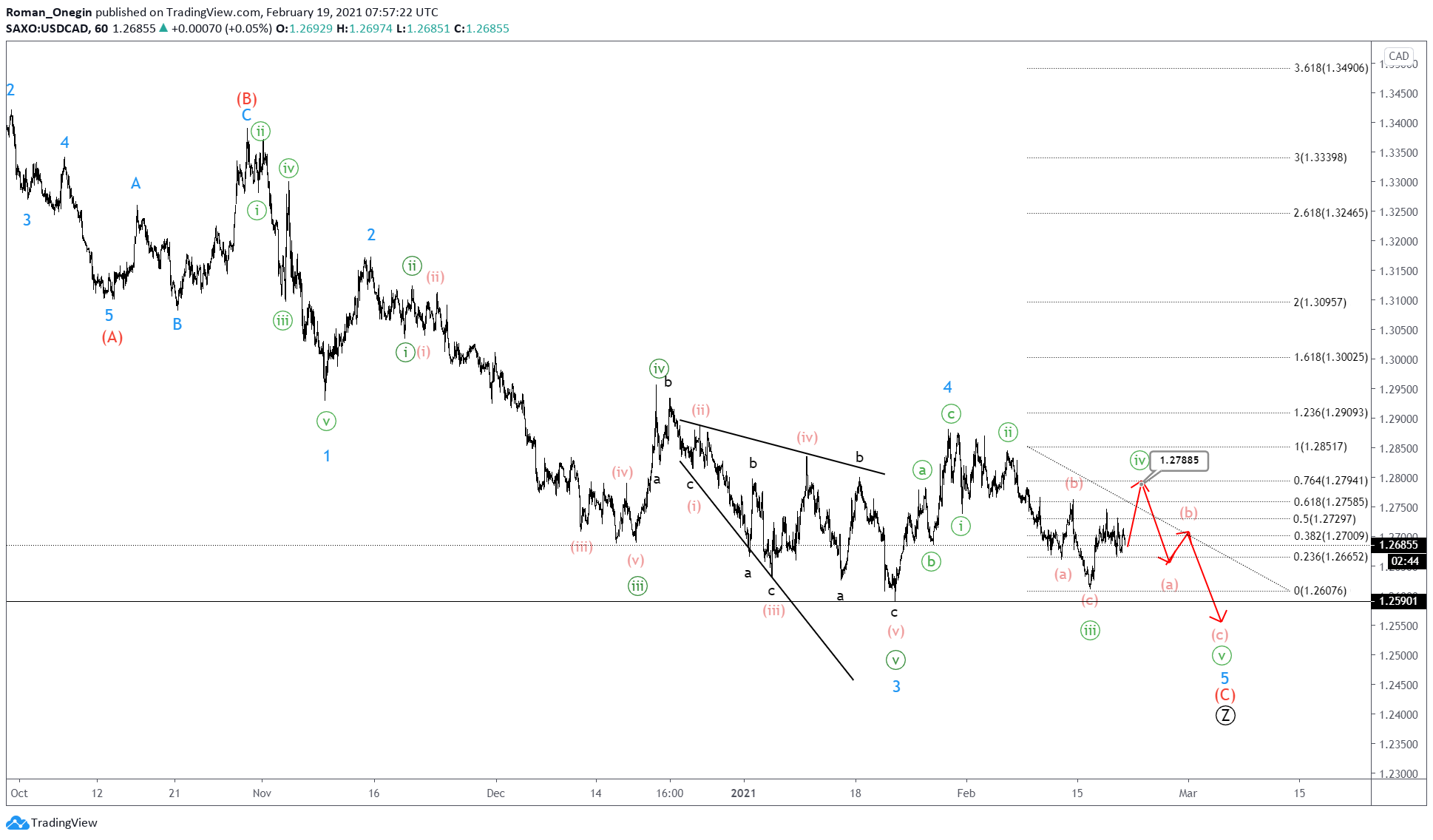 An alternative scenario shows that the intermediate impulse (C) has almost ended.

Now a minor wave 5 is under construction, taking the form of an ending diagonal.

Most likely, at the 1.278 top, the fourth corrective wave of the minute degree will be completed.

Finally, we can expect the formation of a minute fifth wave in the form of a zigzag below 1.259.