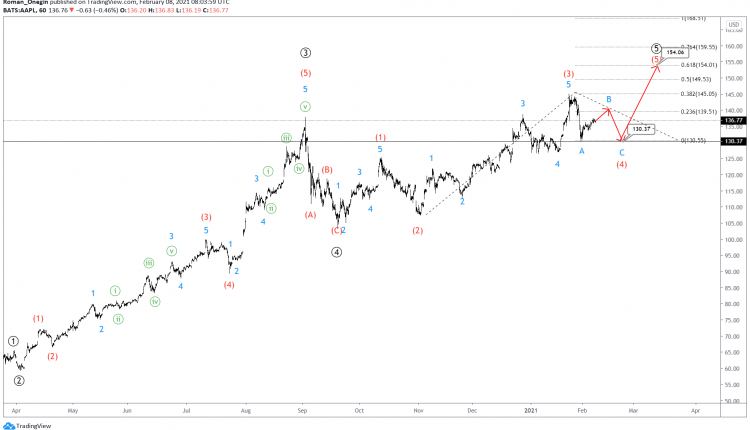 APPLE shows the final section of a large primary impulse that consists of sub-waves ①-②-③-④-⑤.

Intermediate corrective wave (4) could take the simple form of A-B-C zigzag. Its completion is possible near the minimum reached by the minor wave A, near 130.37. 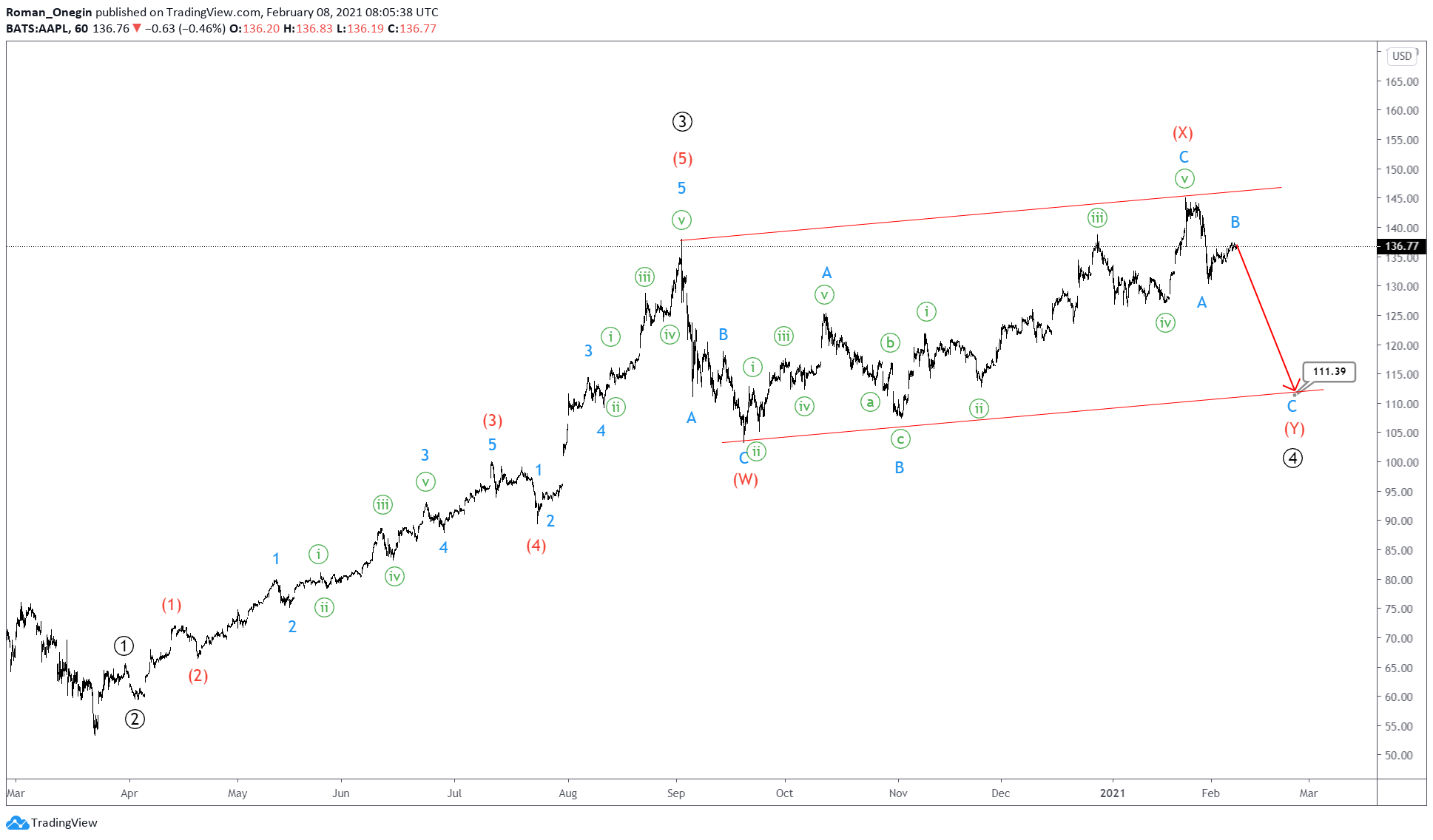 However, it is likely that from September 2020, the market is forming a primary correction, which is not yet complete.

In this case, this correction has the horizontal structure of a double three (W)-(X)-(Y).

The zigzag sub-waves (W) and (X) are complete, whereas the intermediate wave (Y) has not yet ended.

In the near future, we could see an impulse decline in wave C to the 111.39 area, with the target being on the support line.

The Week Ahead: Where Next?