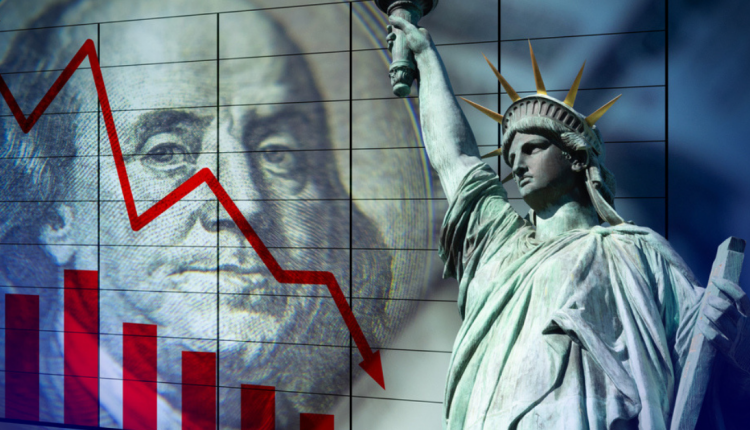 Last week, the US dollar index fell to the lowest level it’s been since the start of 2018.

And in the first hours of trading in the new year, it has continued lower.

The index is now well below pre-covid levels, and it started to accelerate its drop in the fourth quarter.

A weaker dollar makes sense, as markets are becoming more optimistic, particularly with the rollout of covid vaccines.

Of course, there is more going on below the surface than somewhat standard trading flows.

So what can we look forward to?

The Dominos Are Stacking Up

Last year saw the largest expansion in the US monetary base in history.

There are nearly 50% more dollars in circulation now than there were a year ago. The economy, however, has actually shrunk, by an estimated 3.6%.

With significantly more money representing a smaller economy, it’s a recipe for the money to not be worth as much. Moreover, compare that to the Euro Area, where the monetary base only increased by 10% during the same period.

Though we should note that, generally, the Fed has “front-loaded” their printing, with most of the monetary expansion in March and April last year. And it has since remained relatively steady.

The ECB has slowly expanded available cash through the year and is expected to continue.

Whether or not the current debate on expanding the latest stimulus checks to $2,000 gets approved before the 20th, Democrats have already pledged to push for another stimulus bill once Biden is in office.

Inflows to the bond markets are at record low levels because the low yields make Treasuries an unattractive investment.

So, we can expect the Fed to take an increased role in financing government debt issuance, meaning further expansion of the monetary base.

Where is this money going?

Well, a substantial part is being spent on consumer goods, much of which is imported. The US trade deficit has expanded 37% since the start of the pandemic.

The US economy is selling over $60B a month in dollars to keep up with the demand for goods – its largest trade deficit since 2008.

The Safety Valve is Going Away

At the outset of the pandemic, when there was the largest increase in spending, the personal savings rate among Americans shot up to over 30%.

Since then, it has declined precipitously to just under 13% in November. We can now expect it to drop further in the coming months, heading towards the pre-pandemic level of around 8%.

This means that as confidence grows among consumers, they still have more money to spend, expanding the money in circulation and increasing demand for foreign goods.

Of course, all this is predicated on the idea that the vaccination program will go as planned, and will allow a restoration of the economy by the middle of the year.

However, we are already seeing that the delivery of vaccines is not as fast as expected.