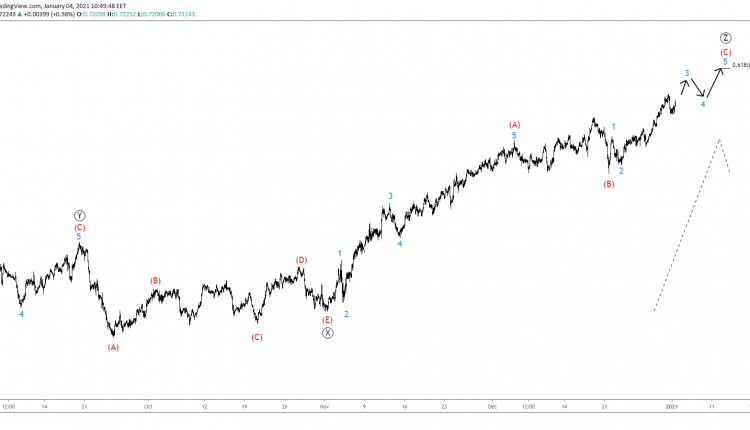 The upside move in impulse wave 5 of (C) is seen as part of a triple zigzag correction. The last correction in wave Ⓩ suggests a target at the 61.80% Fibonacci extension of (A)-(B).

Another target can be calculated based on intermediate waves (A) and (B) ending at 69.50c and 69c, respectively.

The 100% Fibonacci extension of (A) and (B) in this scenario leads to a high of 72.75c. This suggests an ending diagonal that is either completed already or is likely to end shortly at 72.76c.