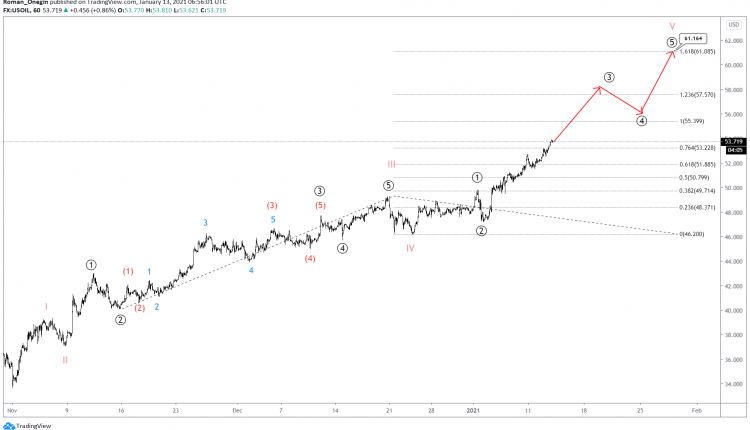 The current oil formation hints at a bullish impulse V of a cycle degree. This impulse consists of primary sub-waves ①-②-③-④-⑤.

In the medium term, we expect continued growth in primary wave ③. Following a slight decline in correction wave ④, after which prices will resume in impulse ⑤ towards 61.16.

The cycle degree wave V could finally reach 161.8% of the third-degree cycle wave. 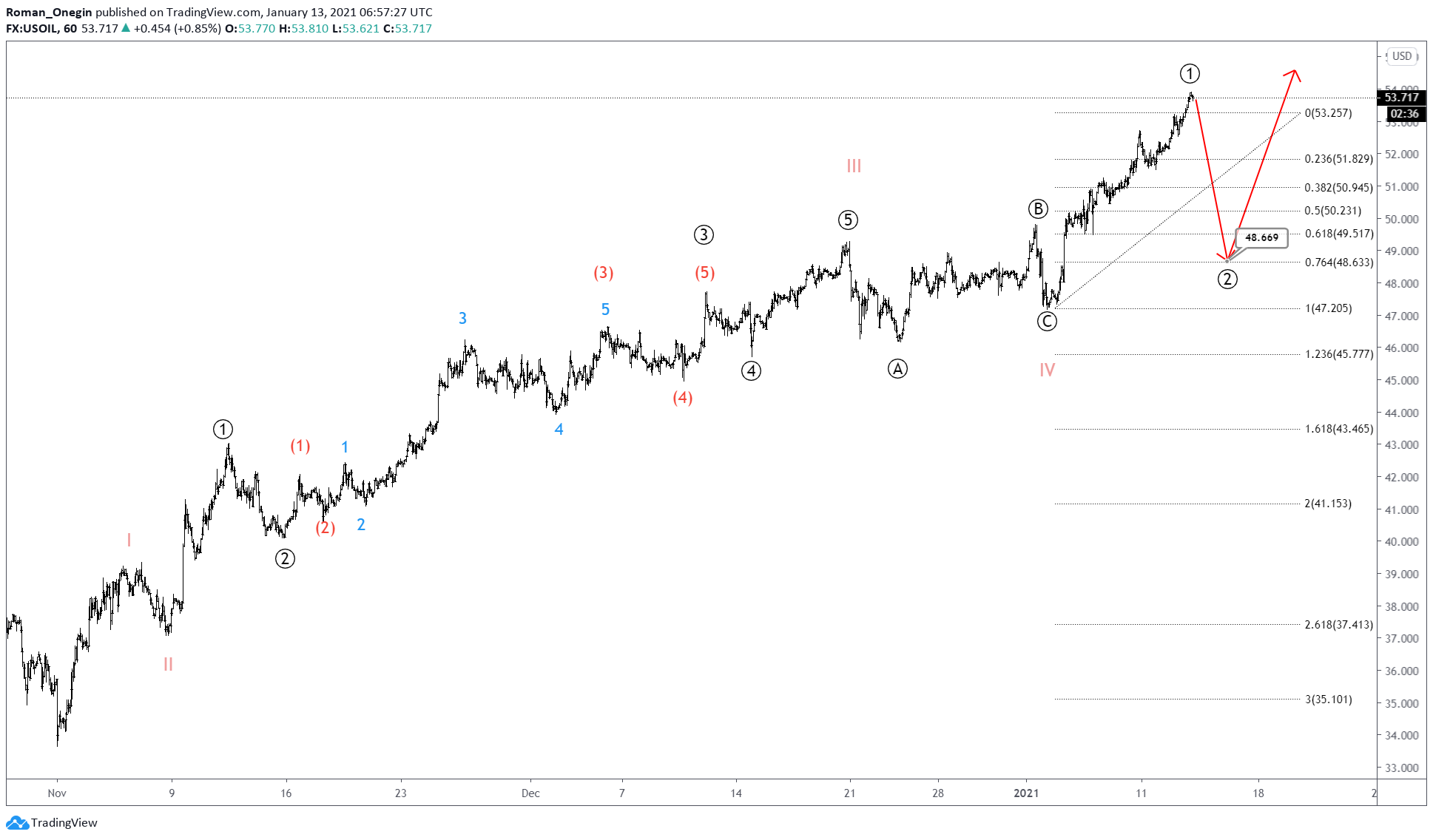 An alternative scenario shows that the horizontal correction IV in the form of a flat has recently been completed.

The market will then begin to build a bullish wave V, which is formed by primary sub-waves.

Currently, the first part of the bullish impulse wave ① is complete. In this case, we expect a decline in the primary two to the 48.66 area, which will be at 76.4% of wave ①.

EURGBP Q4 Lows on the Horizon